WHAT'S ON THIS PAGE?

The Performing Right Society, later PRS for Music, was founded in 1914 by a group of music publishers, including William Boosey and Oliver Hawkes, to protect the value of copyright and help provide an income for composers, songwriters and music publishers.

Make sure you take a couple of minutes to watch our video with some exclusive archive footage and photographs of some of our most inspirational members from 1914 to 2014. 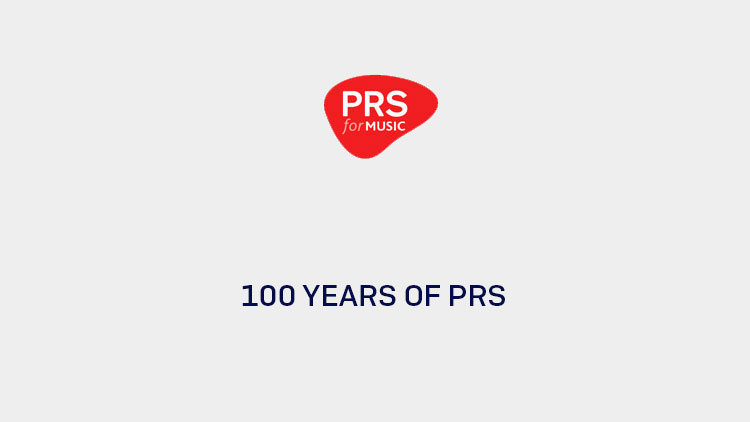 In 1910 the Mechanical Copyright Licences Company (Mecolico) forms in anticipation of the 1911 Copyright Act. Mecolico plans to license the mechanical rights within musicial works. On 1 July 1912 the Copyright Act passes, bringing provisions to protect musical works for the first time.

1937 - The BBC's licence from PRS includes television for the first time.

1944 - The Composers Guild forms to represent the interests of classical and filmscore composers.

1956 - The Copyright Act is adopted by parliament.

1971 - PRS receives The Queen's Award for Industry for 'outstanding achievement in exporting goods or services'.

1989 - The Irish Musical Rights Organisation (IMRO) forms as a subsidiary of PRS.

1996 - PRS and MCPS begin discussing the possibility of a joint alliance.

1998 - MCPS and PRS complete their operational alliance agreement under one management team - The MCPS-PRS Alliance.

2004 - MCPS and PRS become the first collecting societies to distribute iTunes royalties to their members.

2007 - The MCPS-PRS Alliance becomes one of the first collecting societies outside the US to license YouTube.

2009 - The MCPS-PRS Alliance adopts the PRS for Music brand.

2009 - PRS for Music signs 12 pan-European licensing deals with some of the largest online and mobile providers including Amazon, Apple iTunes, Napster, Nokia and Spotify.

2010 - PRS for Music issues its first licence to a cloud music service.

2011 - PRS for Music provides input into the Hargreaves review of Intellectual Property and Growth.

2013 - PRS for Music reaches a landmark when Nicholas Noble from band The Gentlemen becomes the society's 100,000th member.

2013 - PRS for Music announces plans to move from Berners Street offices to Kings Cross and Streatham.

Prince Charles and the Duchess of Cornwall celebrate PRS for Music’s centenary.

PRS for Music launches Streamfair - The campaign aims to raise awareness about the critical need for legislative reform to ensure music creators are properly remunerated in the growing streaming music market.

PRS for Music welcomes the implementation of the CRM Directive - In welcoming the new UK Regulations, PRS believes the CRM Directive will improve the way collective management organisations operate across the EU, which will be in the best interests of rightholders and users.

PRS reports record figures for 2015 with continued revenue growth for members - PRS revenue up 7% to £537.4m on a constant currency basis 8.4% increase in distributions means £35.6m more money flowing through to members Growth across all revenue streams.

Nigel Elderton announced as new Chairman of PRS as Guy Fletcher steps down after six years.

PRS for Music celebrates digital success as it released its distribution data figures for 2016, a year that saw the company process over four trillion uses of music.

PPL and PRS for Music have piloted a first-of-its-kind initiative to link each other’s data sets, jointly creating a prototype search tool to improve identification of sound recordings and musical works and the links between them.

PRS for Music launches royalty dashboard for music creators - Giving members access to comprehensive analytics, data and insights into how their music is performing through a new dashboard.

Nigel Elderton reappointed as Chairman of PRS for Music.