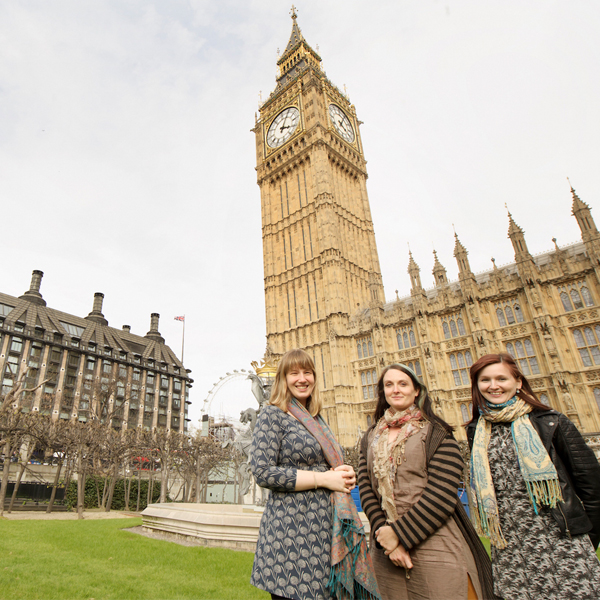 This is the latest commission from the English Folk Dance and Song Society (EFDSS) and Folk by The Oak and will celebrate 800 years of the pursuit of democracy.

Nancy and Martyn will be joined by Sam Carter, Maz O’Connor and musicians Patsy Reid and Nick Cooke in launching the initiative at a live event in the State Rooms of Speaker’s House in the Palace of Westminster on 16 November, ahead of a six-date tour.

The musicians are writing new music in response to milestone moments that mark the passage of key pieces of legislation and also reviewing moments when the aspiration for rights or liberties were articulated.

Commenting, Rt Hon John Bercow MP, the Speaker of the House of Commons, said: ‘Folk songs are a well-established channel through which individuals and groups have commented on and influenced social change - from the abolition movement, civil rights and women's suffrage, to the labour, human rights and gay rights movements.

‘Sweet Liberties is a creative opportunity for some of the UK’s leading folk musicians to reflect on the democracy that we have achieved over the past 800 years and to commemorate those who fought to achieve it, through song.’

The songwriters and performers will tour venues in Cambridge, Bristol, Bury, Cardiff, London and Gateshead from November 24 to November 29. They will also perform at Folk by the Oak Festival in July 2016.
News
Back to top