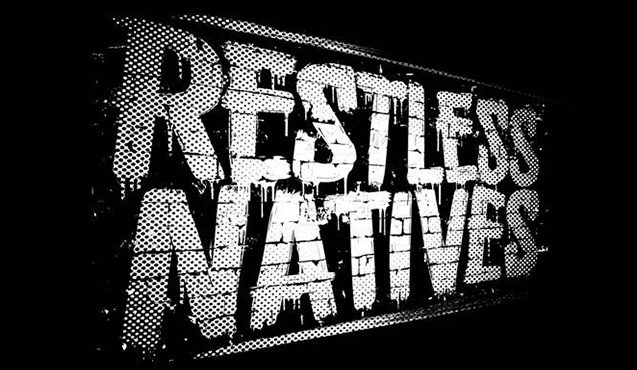 This week we hand over the reins to the organisers of Restless Natives Festival, a brand new edition to the wayward Glasgow musical calendar which promises to take things a little deeper and weirder...

This week we hand over the playlist reins to the organisers of Restless Natives Festival, a brand spanking new edition to the wayward Glasgow musical calendar which promises to take things a little deeper and weirder.

The festival’s heart and soul is firmly wedded to the city’s inspired DIY scene and promises to run the full gamut of alternative oddness when it descends from 9 to 15 May.

With a number of cross-cultural events also pencilled in – plus a brief to bring together communities in and around the East End of Glasgow – the stage is set for mixed arts madness.

With this in mind, we asked the festival team to come up with a playlist that best sums up their mission. Here’s what they chose...

Blanck Mass: Dead Format
Blanck Mass is the electronic solo project by Benjamin John Power, one of the founding members of seminal band Fuck Buttons. Anything he touches turns to gold.

Nightwave: Night Heat
Highly respected producer and label owner. Fast becoming not only an inspiration to people getting into dance, but also a pioneer.

United Fruit: Ghost Inside Your Head
One of the most important Scottish alternative bands to have emerged in the last five years.

Happy Meals: Altered Images
Scottish Album of the Year Award nominated duo who take you to a higher plain with their chilled, European electronic dream pop.

Numbers Are Futile: Vice Over Reason
Edinburgh-based duo that have to be seen live to be experienced at their fullest. Ferocious and thought-provoking all at the same time.

Damn Teeth: Rubbed Out
The Glasgow outfit instil a sense of fear and nervousness in you. Gruesome in the same way that you watched a horror movie and it stayed with you, but you always go back for more.

The Hotelier: Piano Player
The last time they played Glasgow there were tears, laughter and enough love in the room to achieve world peace. One of the best cult emo bands to come out of America.

Fat Suit: No Regrets
One of the most exciting additions to Glasgow’s music scene. An orchestra composed of some of the best musicians in the country. Their jazz/improve skills have been praised by countless people including the BBC.

Ghostface Killah
What’s there to say? The daddy! He is one of the greatest rappers of all time. He sticks to his roots and his talent still leaves people in awe.