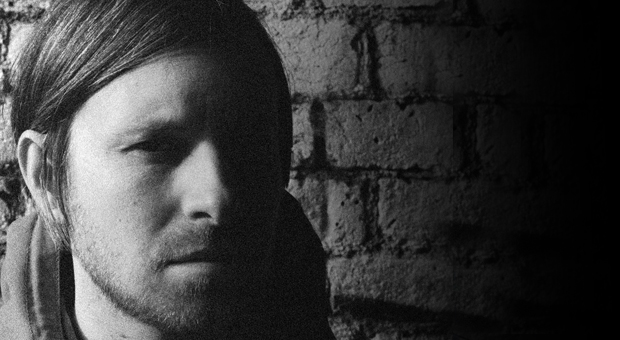 If you’re a fan of the more out there, fractured spectrum of electronic music, then you’ll be aware of the musical endeavours of Blanck Mass.

Known to his parents as Benjamin John Power, he’s one half of the groundbreaking electronic noise duo Fuck Buttons, a pair whose ear scraping resonances were deemed a perfect fit to help soundtrack the 2012 London Olympics opening.

With three well received LPs as Fuck Buttons, Benjamin has simultaneously been revving up the engines of Blanck Mass with a first release back in 2011. This year’s album Dumb Flesh is a sonic exploration of the ways in which the human body can betray itself.

Now safely located in Edinburgh out of the madness of London’s Dalston, we quizzed him on this solo guise and his ongoing 'penchant for guttural rumblings’…

It’s been with me all my life really. It’s very difficult to give specifics on something that has been such a huge part of my make-up.

How did you make the move from being a music fan to a music maker?

Both aspects have always run parallel. The first time I ever took to the stage was when I was around 13 years old. My first ever band played at a scout hut just outside of Worcester.

How does the creative process work for you when writing music? And how has it evolved?

Hours of experimentation is manifested into what is essentially a wall of noise. Once I'm happy with how something is, when texturally it’s at its thickest, I begin a process of subtraction and structure. This is loosely how I work, but more often than not the process is turned on its head to yield new and interesting results. There is never a set goal when setting out to write something new, either. I feel that’s detrimental to the process. I try to keep it as free as possible.

Could you explain a little about the making of Dumb Flesh? What were your aims with the LP? Did you have an overarching theme to it from the outset?

Like I said, I never have a theme or goal in mind when I first start working on something. Mood and texture is something which works its way into the exploration when I am writing. Outside influences such as health, diet, situation and all the things we experience as humans will seep their way into our output, but more often than not, it’s very hard to physically point at which external element is effecting which part of the art.

I moved around a lot during the making of Dumb Flesh, and I would say that this almost certainly had some impact on the final outcome. I remixed the album three times and went back to the drawing board on a lot of the tracks multiple times, so maybe the new perspective of moving opened up my eyes to a few home truths. I think this is healthy though.

Did you utilise different kit for this latest record compared with the first?

Yes, I’m constantly changing the instrumentation I use to open up new and exciting new textural ideas when writing.

What have you learned from making the LP?

The first Blanck Mass album was my first real venture into production work. I feel that I have learned a lot as far as production goes and making Dumb Flesh has solidified my confidence to go out and produce other artists, which I’ve now started to do. It’s very exciting

How do you feel about working solo after Fucking Buttons? Has it been a liberating experience? Do you prefer writing music in this way?

‘After Fuck buttons’ makes it sound like Fuck Buttons is defunct, which is not the case. I have always tried to proliferate as much as possible and I like to keep myself busy so I’ve have always had various projects on the go at any given point. Fuck Buttons will start writing a new album next year so I’m very excited about that, as is Andy. Working with him is great as we get to bounce ideas off one another which is always a lot of fun, where as in Blanck Mass I am solo, meaning I have nobody to answer to! Both have their merits.

Down the back of the sofa. That’s where most of the stuff ends up. It’s probably there.

At the moment, the Elektron Analog4 and RTYM.

Have you any tips for new and aspiring producers?

How has been touring the record? Have you had any favourite gigs?

I just played Tramlines festival in Sheffield on Friday night and the show was fantastic. It was at the Millennium Gallery. The crowd were amazing.

Do you have a favourite sound?

I definitely have a penchant for aquatic sounds, natural reverbs, guttural rumblings, that kind of thing

Which other producers to you currently rate?

Everybody right now is a producer. Seemingly people would rather be producers than musicians at the moment. Kevin Martin aka The Bug and Andrew Weatherall are the two people that I can share my ideas and new tracks with who I know are going to give me an honest answer with substance. I think they both know the way I work and I am very happy to have two great minds to help give advice if I’m feeling like I am banging my head against a wall.

What does the future have in store? Are you working on new material?