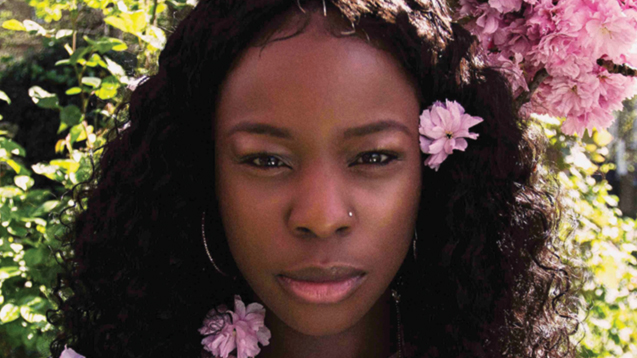 Wrap your ears around the latest wave of talent to join PRS for Music, including the mighty Sports Team, Dream Nails, Boy Azooga, Bagz, Laolu, Walt Disco and The Leaf Library...

Wrap your ears around the latest wave of talent to join PRS for Music this quarter, including the mighty Sports Team, Laolu (pictured) Dream Nails, Boy Azooga, Bagz, Walt Disco and The Leaf Library...

Sports Team
Sports Team are a theatrical sextet offering a glammed up, washed out antidote to cookie-cutter indie-rock.

Their suburban histrionics and louche posturing is masterminded from their base in North West London, nestled in between a McVities biscuit factory and an evangelical church. With city grit and provincial mundanity meeting head on, their anarchic sound emerges from the general disdain they hold for their surroundings.

With their debut EP Winter Nets landing to rave reviews earlier this year, and blog-baiting shows at The Great Escape and All Points East festivals in the bag, 2018 might just be the year that Sports Team get over the finish line.

Laolu
After three years away from music, Laolu Iyiola has returned with a slew of slo-mo RnB jams that are currently tickling the ears of leading UK tastemakers.

They’ve gone a bundle on her sultry sounds and lyrical authenticity, which tackles head-on the bouts of depression that sporadically stall her music-making. It’s raw stuff; thoughts and feelings soulfully laid bare, with lush electronics and glitchy percussion to keep things moving.

Her latest offer, How To Feel, which we premiered recently, feels like an intimate diary entry, born from real-life anxieties about her mental wellbeing. With one eye on old-school RnB and another on space-age soul, its sublime vocal layering hints at a talent in its ascendency.

Katy B and Little Simz certainly think so: Laolu has already worked with both of them, as well as collaborating with DJ and producer Blinkie (Major Lazer, Wretch 32, Lana Del Rey) and singer-songwriter J Warner. A welcome return from the South London soulster.

Over the last year, the gang have been making a huge glitter-smattered splash with their no-holds-barred Riot Grrrl-inspired punk-rock. Racing riffs, jangly melodies and seething passion all add up to a contagious energy that has been rightly smashing stages across the land.

Hooking up with Glastonbury Festival’s Sisterhood stage and winning support from Loud Women (they’re playing at the Loud Women festival this September), has helped raise their profile, while a string of dates this summer will only up the ante.

A man with impeccable musical chops, Davey has also been drumming with Houdini Dax and Charlotte Church’s Late Night Pop Dungeon, all the while putting together the cracking debut Boy Azooga album, 1, 2 Kung Fu, which landed earlier this month.

Melding classic songwriting with an ace, kitchen-sink approach to instrumentation, it’s shaping up to be one of the most impressive debuts of the year.

Electra Perivolaris
Mercurial classical composer and pianist Electra Perivolaris is a name on everyone’s lips right now. Nods from BBC Introducing, BBC Radio 3 and the London Symphony Orchestra have certainly helped, as have her sure-handed musicianship and trailblazing compositions.

More accolades are no doubt coming her way, as her Kimie Prize commission is aired in Glasgow across August and September for Live Music Now. Her new song cycle, Les Heures Grecques, also receives its premiere in the city later this year.

Kabantu
The Guardian-tipped Manchester based five-piece fuse the sonic might of Brazil, Bulgaria, South Africa and Scotland into their genre-bending sound.

Highlights so far include performing at the BBC Proms at the Royal Albert Hall, live sessions for BBC Free Thinking Festival, BBC Radio 3 In Tune, World on 3 and an array of prestigious festivals and venues across the UK including the Bridgewater Hall, Sage Gateshead, Celtic Connections and Cambridge Folk Festival.

Bagz
Afro-swing for the Snapchat generation.