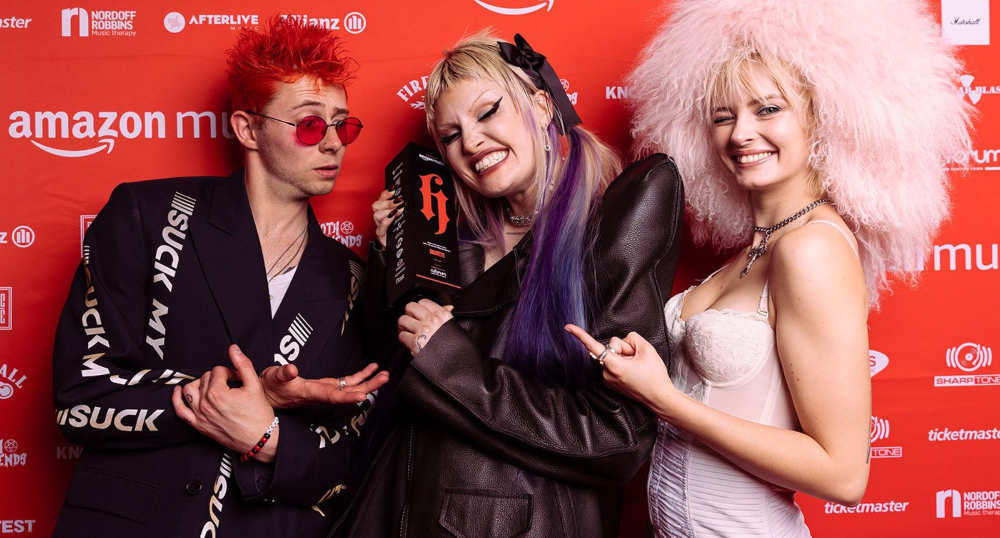 There’s always a special marker in the calendar for any fans of heavy metal and rock music. In the week leading up to Donington Park’s infamous Download Festival, anyone who has gotten their break in the industry, and anyone who is destined to become the Next Big Thing, can been seen at the Heavy Music Awards. It’s a celebration of veterans, innovators and fresh blood alike, and is always tipped to be one of the biggest nights of celebration for those who have made a mark in the alternative scenes.

Whittled down by a panel of approximately 700 industry professionals, the winners are decided by fan vote, allowing their supporters to truly feel a part of the action. This year’s event — which marks five years since its inception — is by all accounts bigger and better than before, revealing one of the most diverse groups of finalists that the awards have ever seen. We all remember that period of time which was spent weighing up how many females and non-binary people were included on festival lineups, as well as the general lack of roles for females in the music industry. The subsequent response being that in 2021/2 there would be more change, but in some cases, we’re still waiting to be served a slice of the pudding which has the proof. The heavy metal scene is one of the best for creating a sense of community as well as sticking to their guns, so it’s a welcome sight to see Employed to Serve, Nova Twins, Wargasm, and Spiritbox on the shortlist. In fact, there’s at least one nominee per category which contains a female artist.

The event, hosted by Kerrang Radio’s Alex Barker, kicked off with a performance by Static Dress — currently one of the hottest new bands to take the scene by storm. Visuals are everything, as is the idea of a deeper narrative behind the scenes, to not let yourselves be fooled by the industry’s standard. As a computer voice says during a moment in their set: ‘the industry focuses on an image rather than the individuality of a human being.’ In a landscape which is dominated by TikTok, AI, and anything which takes away the tangible, inexplicable realness of what music can do for you, it begs the question — would you rather enjoy the uniformity and almost predictability of a prim and polished popstar, for example, or would you rather see someone unconventionally spill their guts because it’s the only way they know how to express themselves?

'When it comes to heavy metal and rock music, the one thing that we can always be sure of is that it keeps you feeling as though you’re part of something bigger; something that will always be there for you no matter the circumstances.'

What is highlighted at the 2022 Heavy Music Awards is that it’s okay to be the odd one out. During their performance, American pop-punk band Meet Me @ The Altar – who were nominated for Best International Breakthrough Artist alongside Yours Truly and winner KennyHoopla – vocalist Edith Victoria acknowledges that they’re an ‘all girl band, and there’s not enough of us,’ meanwhile when Sophie K and Yasmine Summan of On Wednesdays We Wear Black collect their award for Best Podcast, they dedicate their win to ‘the freaks, the geeks and the emos.’ It’s an undeniable achievement for the duo who have had their fair share of strife as people of colour in quite a white-washed and male-dominated industry. Their podcast, which discusses alternative music culture and lifestyle, seeks to lighten the mood for those living through the effects of these heavy subjects, whilst also raising awareness that these issues do still exist.

It’s undeniable that there was a certain kind of electricity in the air at Kentish Town Forum on the night of the Heavy Music Awards. It felt like communion; a reunion; like coming home. Despite the world seeming as though it’s regained its complete sense of normality, a great number of us are still trying to recuperate and redefine what was once normal for us pre-pandemic. In one of the most poignant moments of the night, While She Sleeps were announced as the winners of the inaugural Innovation Award, in celebration of their ability to adapt during an exceptionally difficult time for musicians.

Starting up their Sleeps Society as a way of staying in touch with their fans throughout the pandemic by giving them access to exclusive content, tutorials, and online workshops for a small monthly subscription fee, not only were While She Sleeps creating a whole new sense of community within their fanbase, they made it apparent that its possible for artists to maintain a sense of autonomy from the industry machine. The band, who won Best Album at the Heavy Music Awards in 2018, made it clear that the Innovation Award wasn’t just for them, it was for everyone trying to ‘change the music industry and take it in the right direction,’ with vocalist Lawrence Taylor adding that it’s for the sense of community that they’ve found within the punk rock and metal community.

In 2019, British metalcore band Architects were the first to win two awards in one night at the Heavy Music Awards, and this year they managed to make history repeat itself. They scooped up their first win with Best UK Artist, in which they were nominated alongside While She Sleeps, Bring Me The Horizon, and Enter Shikari. Their second win of the night was for Best Album in support of their triumphant ninth studio album For Those That Wish To Exist – their first to be released following the passing of founding member Tom Searle. They also won this in 2017 and 2019 when they released All Our Gods Have Abandoned Us and Holy Hell. Vocalist Sam Carter was incredulous at the longevity they’ve been able to have, thanks to Architects fans: ‘We’ve been doing this for a long time, like 15 years. To be able to continue doing what we’re doing is really special and it’s down to you. Thank you so much – this is for you.’

During the final performance of the night from Beartooth who won the award for Best International Artist, the message of gratitude for the evening was further cemented. After powering through hits such as Bad Listener and The Past Is Dead, vocalist Caleb Shomo addressed the crowd and reiterated that none of this would be possible without their support. 'I hope you understand the gravity of my words and how much we appreciate every one of you that supports heavy music and keeps it alive.' When it comes to heavy metal and rock music, the one thing that we can always be sure of is that it keeps you feeling as though you’re part of something bigger; something that will always be there for you no matter the circumstances. 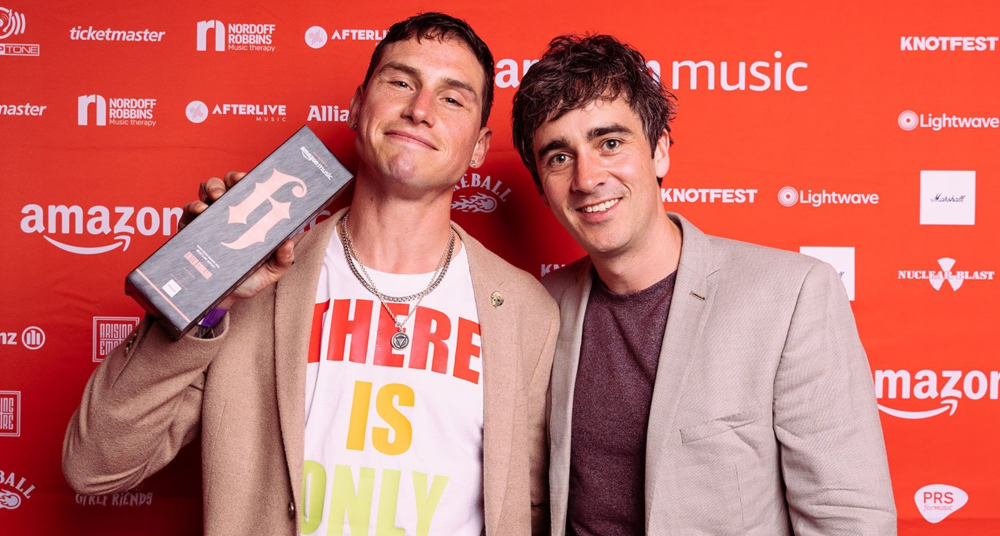