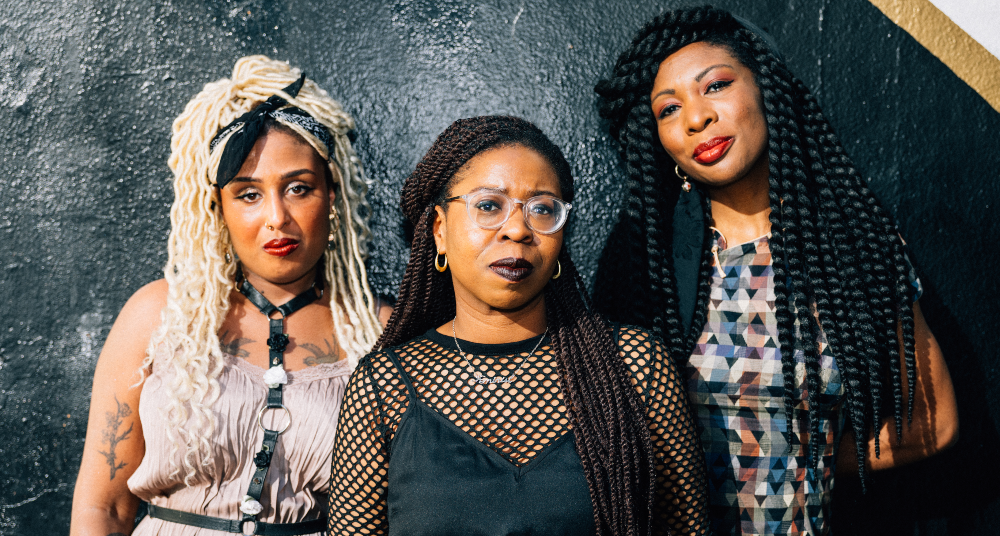 For the last 45 years or so, the question of what is or isn’t punk has been endlessly debated. Is punk a genre, or a lifestyle? Is it a political position? Has it, at this late stage, been so questioned and contested that it has become something entirely indefinable?

‘Obviously, we call ourselves a punk band because that’s our heritage,’ says guitarist and vocalist Stephanie Philips. ‘That’s where we’ve come from, and also in our stance as individuals, we are punk and we aim to be changing things and shaking things up in the industry. But in terms of genre, we do take elements from a lot of different places and inspiration from many different spheres.’

'In terms of genre, we do take elements from a lot of different places and inspiration from many different spheres.'

True to its name, one of the major themes on the album is the concept of home. The cover art, an embroidered portrait of drummer and vocalist Chardine Taylor-Stone’s nephew at the barbers by multi-disciplinary artist Angelica Ellis, reflects the wall-hangings popular in Caribbean homes in the UK in the decades after Windrush. Like the album itself, the cover art calls to mind ideas of having a place within your community, as well as conjuring the experience of immigration and heritage, and of having a home both here and elsewhere.

These are big, unifying ideas, but Stephanie says the band didn’t necessarily set out to build the album around them. Instead, they began to realise over the course of writing and compiling the songs that these themes were pushing their way to the fore. ‘Like a lot of people at the time, I was feeling unstable in my home and what my home was. Living in London, you kind of feeling like you’re going to have the rug pulled out from under you at any time because housing is so insecure and unstable. It’s seen as the norm that there’s a whole generation of people that never feels that peace, or settled,’ she says. ‘Especially considering how much the British love the idea that a British man’s home is his castle and that kind of rhetoric, I felt like our generation have been completely done over in that respect.’

Shortly after they finished recording Back Home, Stephanie left London for Birmingham. While that seems to resolve some of the stress brought on by the notoriously troublesome London housing market, the broader questions she explores on the album are as pertinent as ever. ‘It’s about looking for a physical home – security, and somewhere you can shelter – but also whether this country as a whole is a home to us right now. Those are the questions I was thinking about at the time,’ she says.

There is also, of course, a sense of security we build with each other. Friendships, relationships and communities can all be homes of their own. A feminist band with radical politics, Big Joanie’s music represents the full breadth of these possibilities. The second single from this album, In My Arms, is a yearning love song, the lyrics dreaming of physical closeness with a partner who is no longer present. While the song itself resonates across many types of romantic relationships, the accompanying video and imagery deliberately foregrounds a relationship between queer people.

‘It’s really important to make sure we’re as inclusive as possible and telling different stories,’ says Stephanie. ‘You don’t want it to feel like that’s a love song that’s only for a particular person. Making sure that queer people and people of colour know that’s relevant to them, and speaking to them, is definitely important to us.’

'What’s most important to us, and I think what’s most radical about us, is we’re three Black women speaking for ourselves, in a world where Black women aren’t really given the agency to speak and be honest about what’s going on in their lives.'

It would be next to impossible to separate Big Joanie’s politics from their art. It’s far from the only thing that informs their work – their cultural influences are wide-ranging and multi-layered – but for Stephanie it is in many ways intrinsic to who they are as a band and as songwriters. ‘To us, the politics comes from our own actions and our own doings outside of our music. What’s most important to us, and I think what’s most radical about us, is we’re three Black women speaking for ourselves, in a world where Black women aren’t really given the agency to speak and be honest about what’s going on in their lives,’ she says.

Not every Big Joanie song has an overt political theme, Stephanie points out. Even just taking Back Home as an example, the tracks range from the abstract to the specific, personal exploration and societal commentary giving way to one another. The radical nature of the band comes from their own viewpoints, and from what happens when they get together and claim the space to make art. ‘The idea of Big Joanie is that we’re three Black women meeting in a room, shutting the door to white supremacy, racism, sexism. It’s about recognising what could be created, and what radical things could happen while we’re there,’ Stephanie says.

Big Joanie are certainly charging forward in their art. Back Home is a deeply accomplished record, which takes the creative achievements of the band’s critically acclaimed debut Sistahs and pushes them into new shapes. The album’s lead single, the Nirvana-tinged Happier Still, speaks to this drive to go onwards and upwards. ‘I wasn’t in any particular mood when I wrote it, but it’s about something that happens regularly to a lot of people in terms of recognising how you’re feeling and knowing what’s going on inside, but also knowing that you’ve got to go out for work, or you’ve got to be responsible for other people,’ Stephanie says. ‘It’s also kind of about hoping for the next day to be better. Because sometimes it’s difficult to get in touch with the doctors or speak to someone who can help you, so sometimes all you have is the hope that you’ll be happier tomorrow.’

This is what people often miss about punk. It is an inherently hopeful position. If there was no hope that things could improve, there’d be no reason to push back against injustice, oppression or unhappiness. ‘I think that’s why I love punk,’ says Stephanie. ‘There are a lot of terrible things in the world, but you’ve got to have hope. Otherwise, why would you carry on?’ 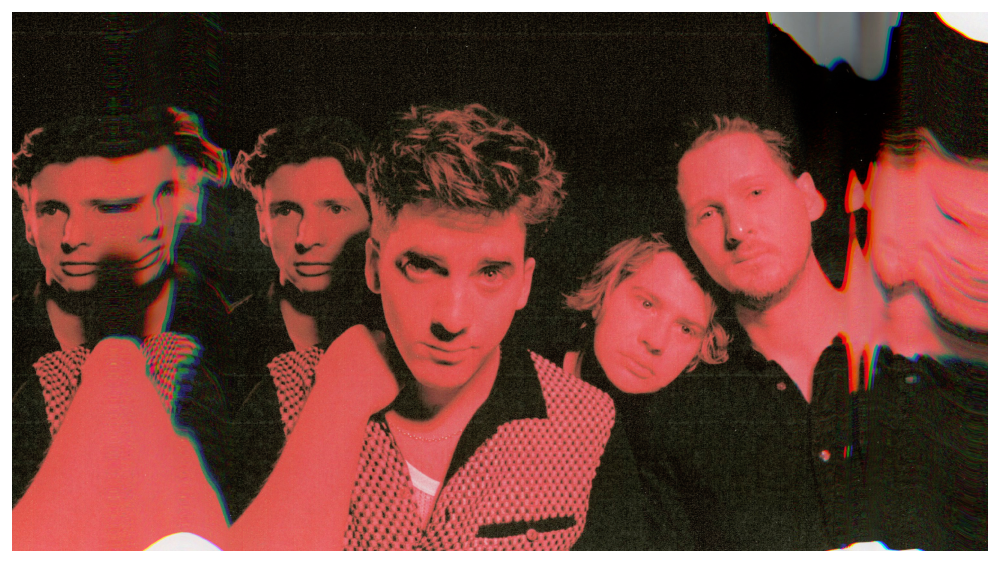