On the 10 September 2014, a PRS for Music Heritage Award was presented to one of Britain’s most loved groups Spandau Ballet. The plaque was officially unveiled by the band at the site of the former Blitz Club in West London, where they first gigged.

Spandau Ballet performed their first live show at The Blitz Club on London’s Great Queen Street, on 5th December 1979. The band made such an impact during this landmark gig that they were offered a recording deal on the spot with Island Records, by its legendary founder Chris Blackwell.

We are honoured to have received this award from PRS for Music. The Blitz was an incredible melting pot of music, fashion and creativity. It’s not just Spandau Ballet that owe our career to that place at that moment in time.

It is an honour to present Spandau Ballet with the PRS for Music heritage award today, at what was truly their birthplace. The Blitz Club was the beating heart of the New Romantics movement that propelled some of British music’s most successful artists to stardom. Spandau Ballet are currently riding a fresh wave with the release of their new album and film, and it’s very fitting that we should bring it all back to where it began today – what a story. 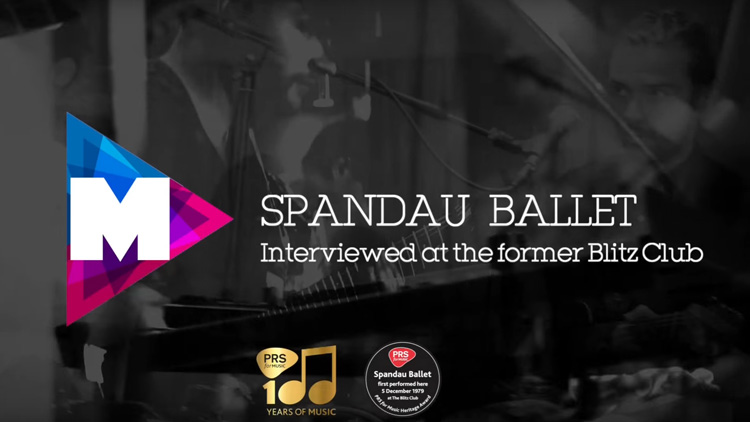