On the 21 June 2012, Soul II Soul, one of the UK’s most successful and iconic R’n’B groups were honoured with a PRS for Music Heritage Award. The Heritage Award was mounted on the front façade of the Electric, formerly known as The Fridge in the early nineties, in Brixton.

The group fronted by the legendary Jazzie B played their first full live gig in 1991 at The Fridge where they went on to sell over 6.8 million albums worldwide, picking up two Grammy Awards and are renowned for “giving British black music a soul of its own”.

We are really overwhelmed by this award and appreciate everyone’s support over the years. It is ironic that it’s the Jubilee year and that's when Soul II Soul started and flourished.. during a time of recession. That's what the kids need to do today; we went from Hackney to New York and around the world. Brixton has such a special place in our story and this venue is where things really took off.

It’s been an absolute privilege to have presented the Heritage Award to Soul II Soul and to the Electric. Having lived in Brixton for over 40 years, it’s fantastic to recognise one of the area’s leading musical talents who inspired many musicians the world over. I hope Brixton continues to produce more artists of this calibre for us to celebrate. 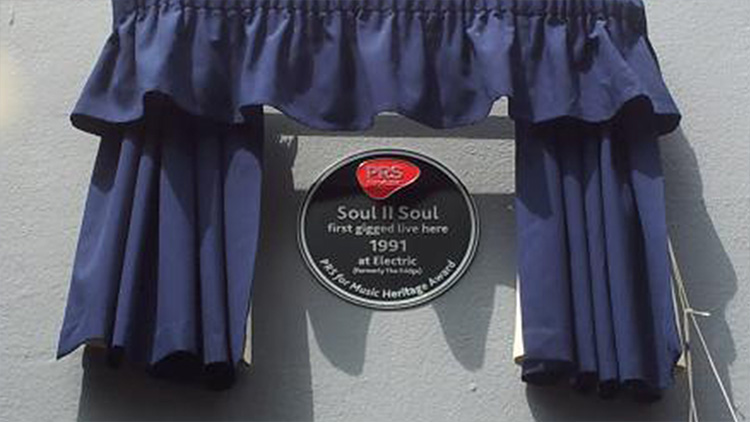