Iconic Manchester indie band James, was honoured with a PRS for Music Heritage Award on the 1st of November 2011 in their home city. The Heritage Award plaque was unveiled where the original group, Jim Glennie, Paul Gilbertson, Gavan Whelan and Tim Booth, played their first official Manchester gig as ‘James’, at Fac 51 Haçienda club on 17 November 1982.

Once labelled the most famous club in the world by Newsweek magazine, The Haçienda provided a musical platform for some of the 20th century’s most important and influential artists.

Celebrating the birthplaces of our country's musical heritage is a really well deserved thing to do and I’m absolutely delighted to award James with a PRS for Music Heritage Award. The UK has given the world fantastic songwriters and performers which have enriched our lives and provided us with music we all love and appreciate. Congratulations to both James and the Haçienda for this well deserved honour.  Although the heyday of the Haçienda was in the eighties and nineties its legacy lives on. 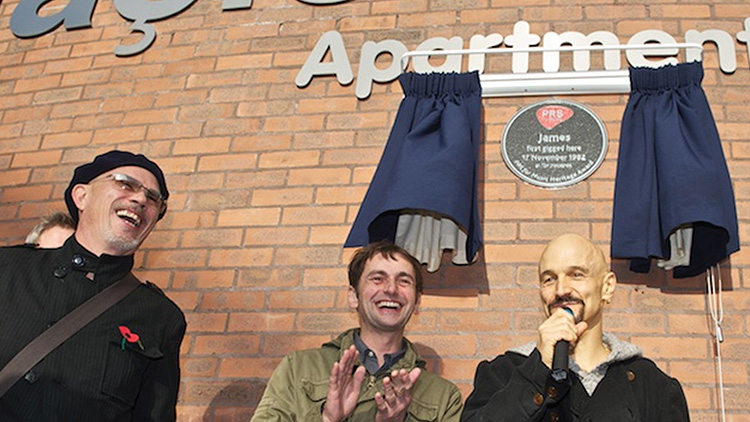