PRS for Music has shared information on its 2020 PRS Annual General Meeting (AGM), set to take place at 12pm on Tuesday 18 August, and is encouraging eligible members to participate and have their say.

With the most significant governance changes for the organisation in 20 years on the Agenda at this year’s AGM, this is an historic time for and the 145,500 songwriters, composers and publishers it represents in the UK and worldwide.

Due to the current COVID-19 pandemic, this year’s AGM will be held online as a closed meeting. As such, voting members will not be able to vote in person on the day and are encouraged to vote by proxy in advance. This proxy will need to be registered before 12pm on Friday 14 August 2020.

The last two decades have seen the global music industry landscape shift dramatically. There has been a vast growth in digital services, increased competition for collection societies, and PRS for Music has created joint venture companies such as ICE and PPL PRS. In 2012, PRS for Music processed 126 billion performances of music, in 2019 that had grown to nearly 19 trillion.

The proposed governance changes were put forward following an extensive review by independent experts based on best practice in company governance. If approved, the changes will deliver more engagement, efficiency and transparency for PRS for Music members, alongside ensuring that the collection society runs in an even more cost-effective way, with fair rules, practices and processes that cover the needs of those it represents. An animated video explaining the proposed governance changes and why they are important can be watched on the PRS governance review webpage.

The entire AGM will be streamed via the PRS for Music website and will include speeches from CEO, Andrea C. Martin and Chair, Nigel Elderton, a financial report from CFO, Steve Powell and an interactive Q&A session with members of the PRS for Music Executive Leadership Team. 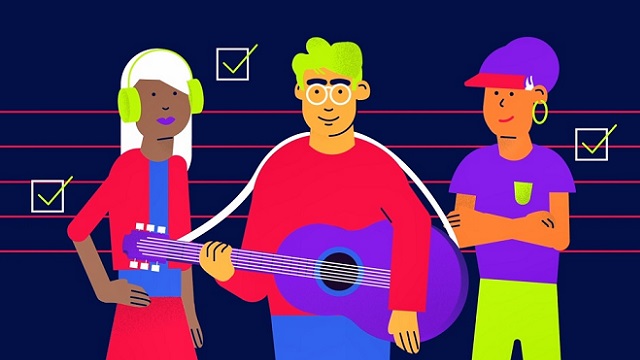 Unfortunately we cannot invite our members in person to attend this year’s AGM. However we have found in lockdown many of the meetings we now hold ‘virtually’ are better attended and also allow for greater participation.

I really hope as many members and guests as possible will be able to join us on Tuesday 18 August at this pivotal moment in PRS for Music’s history. Our proposed governance changes allow us to become a more competitive and commercially orientated organisation. If passed, the changes will make PRS more efficient and cost effective and, most importantly, better able to serve its broad membership in what is a rapidly changing business environment.