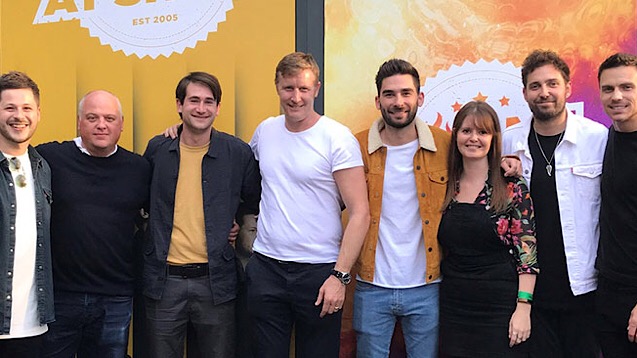 Universal Music Publishing Group signs You Me At Six

The global publishing deal will includes the Surrey rock outfit's newest album, and all future works.

Universal Music Publishing Group (UPMG) has signed Surrey rock group You Me At Six to a global publishing deal.

The deal covers the band's newest album, VI - which was released in October this year and has already clocked up over 10 million streams - as well as all future works.

Since forming in 2004, the band have released six rapturously received albums, toured extensively including on The Warped Tour and the Soundwave Music Festival, and won nine Kerrang! Awards - including Best British Band three times.

Their fourth album, Cavalier Youth, debuted at No. 1 on the Official Albums Chart in 2014, while they've also bagged five Top 10 albums.

Speaking about the deal, they said: 'We're really excited to have joined the Universal Publishing family. Their ambition as a company matches us as musicians, and we are looking forward to a creative and collaborative future with them.;

UMPG UK managing director, Mike McCormack, added: 'We are so chuffed to be working with YMAS and their great management team in Stefano and Colin who we have a long-standing relationship with.

'It's a brilliant, new, innovative record from them, packed full of cracking tunes.'
News

Get to know post-punk politicos Italia 90...