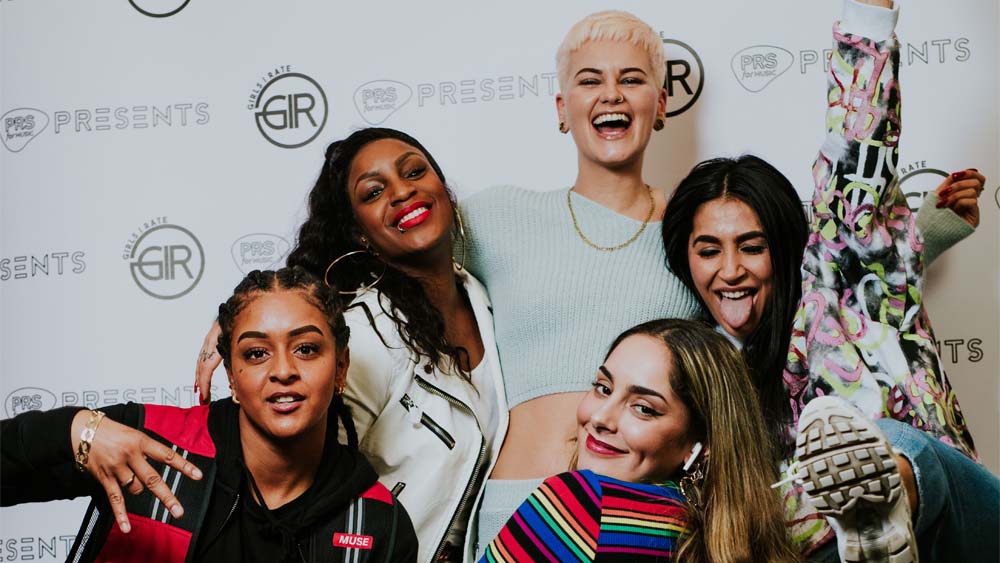 On the eve of International Women’s Day PRS for Music joined forces with Girls I Rate to host live performances from Etta Bond, Miraa May, Paigey Cakey and Amaria.

On the eve of International Women’s Day PRS for Music joined forces with Girls I Rate to host live performances from Etta Bond, Miraa May, Paigey Cakey and Amaria.

The latest edition of PRS Presents took place last night (Thursday) at PRS for Music’s Kings Cross headquarters to showcase some of the most hotly-tipped female artists in the UK.

The event was hosted by Beats 1 and 4Music's Rebecca Judd and featured a DJ set from Ellie Prohan.

New PRS for Music statistics reveal that of the top 20 highest earning songwriters and music composers in the UK last year, only one was female, highlighting that gender parity in the industry is some way off.

Claire Jarvis, director of membership, PRS for Music, said: “These statistics are indicative of widespread gender disparity across the entire UK music business and shine a light on the need for continued positive action to be taken to make our industry a fairer and more inclusive space. Whether through creating opportunities, breaking down barriers, improving education, or mentoring, we need to work together to ensure tomorrow’s songwriters have visible role models to aspire to.’

Girls I Rate was founded by BRIT Award-winning and Grammy Nominated songwriter Carla Marie Williams as a means to tackle gender inequality in the music industry by creating opportunities for young women in music.

Carla said: ‘I’m extremely over the moon to be working with PRS again to further celebrate and put the spotlight on some amazing female talent in the UK. This year we have some great collaborations between Girls I Rate and PRS which will further push our mission to give as much opportunity to female songwriters artists and producers as possible! We have started but the work has only just begun.’

PRS Foundation, supported by PRS for Music, launched the Keychange programme in 2017, with the aim of increasing the number of women working in the music industry.

The Foundation also runs the Women Make Music Fund and has supported Girls I Rate through its Open Fund for Organisation.

Miraa May commented: ‘It creates a safe place for women, so they’re not exploited in the industry. And PRS are putting money in the youth’s pocket. Big respect.’

Paigey added: ‘International Women’s Day, to me, means power and strength within the community. I feel like women are often discarded and discredited in the industry. This is our day. It should be every day, but this is our day to make a change and to enjoy and embrace being a female.
News
Back to top