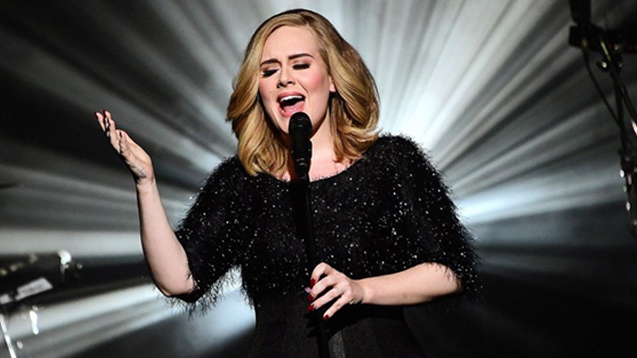 PRS for Music’s pop expert Russell Iliffe takes a look at the first artists to make dents in the chart at the start of the year and those set to make waves over the rest of 2016...

The charts in 2016 have started much in the same way as the previous year finished, with Adele and Justin Bieber dominating proceedings.

This week Adele tops the UK chart for a seventh consecutive week with her third long player 25. Confirmed by the Official Charts Company as 2015’s biggest album, the set sold almost 2.5m copies in the UK last year.

Across the pond, lead single Hello sits atop the Billboard Hot 100 for a tenth week, while 25 reigns over the album chart. Nielsen music reported that the record was also America’s strongest performing long player last year. It accrued 8.01m equivalent album units, with 7.44m of that total being traditional album sales.

Canadian star Justin Bieber, also seemingly set on world domination, continues his run of high octane success. This week Bieber sets a new record by occupying the entire top three of the UK singles chart. Love Yourself holds in pole position, while Sorry and What Do You Mean follow closely behind.

All three hits are also inside the US top five and feature on Bieber’s album Purpose, the third biggest set of the year stateside.

After claiming the Christmas number one spot with their Simon & Garfunkel/Coldplay mash up A Bridge Over You, the track then set a new record for the fastest fall from pole position, diving to number 29 the following week.

Latest X Factor queen Louisa Johnson also became the show’s first champion to not reach number one with a winner’s single. Forever Young peaked at number nine and by its third week on the chart, had plummeted to number 61.

Elsewhere, the BBC Sound of 2016 poll winner was announced on Friday as Jack Garratt, the Buckingham singer whose music combines soul, electro and jazz. The 24-year-old will also be the recipient of the BRITs Critics’ Choice Award this year.

Garrett’s BBC poll win follows last year’s victors Years & Years, who went on to score one of 2015’s biggest tunes with the number one smash King, as well as a chart-topping debut album with Communion. The trio are currently climbing the top twenty with their latest single Eyes Shut.

Over on the BRITs Critics’ Choice front, 2015 winner James Bay climbs back into the top five in his 42nd week on the albums chart with Chaos and the Calm.

In comeback news, Craig David registers his first UK top 40 single in eight years, appearing with Big Narstie on When the Bassline Drops. David experienced a chart peak back in 2000, a year which saw him score number one hits with Fill Me In and 7 Days, plus chart-topping album Born to Do It.

Finally, Motorhead’s Ace of Spades is back in the UK top 40 following the death of frontman Lemmy Kilmister. The track, originally released in 1980, re-enters at number 13, bettering its previous number 15 peak.

The song also appeared on a number of Billboard genre listings last week, including the Rock Streaming Songs chart, after notching up 1.8m US streams.