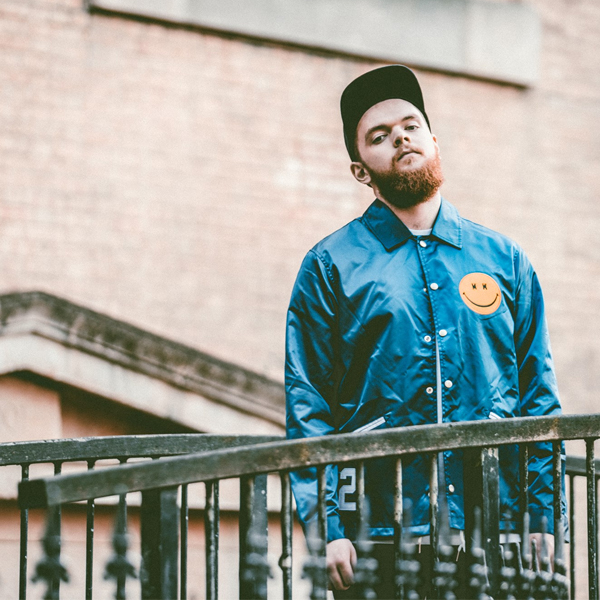 There’s no doubt that 23-year-old singer-songwriter Jack Garratt is coming for you. Resistance is futile. Having already won over just about every tastemaker in the land, there's no running from this prolific talent...

What? A 23-year-old multi-instrumentalist who’s mastered the art of gut-wrenching electro-pop.

From where? Little Chalfont, Buckinghamshire

What’s the story? There’s no doubt Jack Garratt is coming for you - by hook or by crook he’ll switch you on to his prolific musical talents.

In case you’ve been stranded in the Arctic Circle with no wi-fi over the last few weeks, the young singer, songwriter and producer has been winning the ear of just about every tastemaker in the land.

He made Spotify’s Spotlight on 2016 list and the BBC's coveted Sound of 2016 poll for starters. Add to that The BRITs Critics Choice Award and BBC Introducing Artist of the Year gong, and he's officially this year’s biggest ‘One to Watch’.

From the outside, it might seem like a mercurial rise, but Jack has been writing songs since the tender age of 12. He even entered the Eurovision Juniors competition as a teenager, flexing his performing skills on the international stage.

Over the years Jack has taken the time to master his craft, learning instruments as diverse as mandolin and trombone to give his sound an ambidextrous edge.

A string of well-received EPs and tracks over the last 12 months officially announced his arrival, pricking the ears of everyone from Zane Lowe and Annie Mac and to Def Jam supremo Rick Rubin.

But it’s his debut album, Phase, due on 19 February, which is expected to take things to another level.

You can run but you can’t hide…

Sounds like? Mumford & Sons ditching their acoustic guitars and double basses in favour of synths and syncopated rhythms.

Predicted to? Hit the charts in a big way next year.