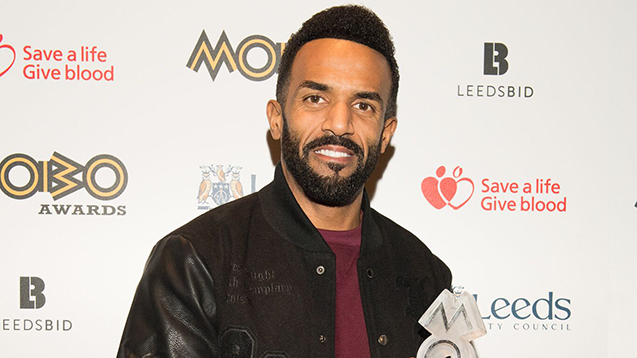 The singer and producer picked up Best R&B/Soul Act at the pre-awards show. Other winners were Moses Boyd and Volney Morgan and New-Ye.

The first MOBO Awards winners have been announced, with Craig David taking home his sixth gong.

The singer and producer – due to release his seventh studio album The Time Is Now next year – picked up Best R&B/Soul Act at the pre-awards show.

It's his second consecutive year of taking home a MOBO, following last year's win for the prestigious Best Male Act. He previously won Best UK Newcomer, Best R&B Act and Best UK Single of The Year in 2000, and Best UK Act in 2001.

Finally, the Best Gospel Act was awarded to Volney Morgan and New-Ye won. Recognised in the gospel world for their unified voices, they performed at the Royal Albert Hall in 2016 for the BBC Gospel Proms.

The full list of winners will be announced at the MOBO Awards in Leeds on 29 November.