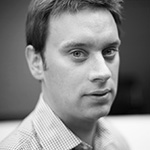 Addressing an audience of independent publishers and industry executives at the inaugural IMPEL Day in London this week, Drury said that, until now, radio has remained relatively insulated from the technological advancements that have transformed other media industries.

But as the streaming market matures and diversifies – and more devices become internet-enabled – radio will come under increasing pressure to adapt to survive.

He said: ‘I think there’s going to be a lot of carnage in the radio industry and at radio stations. Some will innovate, adapt and be very successful in the new age. Others will die.’

Drury went on to suggest that Spotify is now ‘gunning for radio’, having released a presentation last month, entitled The New Audio, which directly compares its returns for advertisers to those offered by radio.

‘This is the early stages of the war – the first skirmishes,’ Drury added.

However, he did point to benefits across the board as the digital music market matures and technological advances push positive changes for both music and radio.

Last year, 7digital merged with multimedia company UBC, which provides radio content to organisations including the BBC and Yahoo. Drury said this move pre-empted a growing convergence across both markets.

He said: ‘Our business is driven by the huge proliferation of connected devices… an ever-increasing number of which are able to receive music. That’s what is bringing change at the end of the day. There’s a lot of opportunity out there.’

Drury was joined by 7digital’s chief commercial officer Pete Downton, who told delegates that radio must embrace mobile, pointing to the success of cross-station Radioplayer initiative, which is available in app form.

But he cautioned: ‘What’s really harming radio at the moment is an inability to adapt their product for mobile platforms. They’ve weathered the storm over the last five years because as Spotify and other digital music services moved into the market, they weren’t really interested in building a big ad business.’

Now digital platforms are targeting the opportunities of radio, the market is set to develop rapidly.

However, Downton pointed to a lack of quality consumer experience in the digital music market – an area which has so far hindered progress but could be learned from radio.

Downton added: ‘We think, so far, storytelling and curation has been somewhat lacking in digital music services to date.

‘But the fusing of the radio and digital music markets was the genesis for the coming together of the two businesses – 7digital and UBC. We think that combination of capabilities is going to be really important for digital music going forward.’

The comments were made at the inaugural IMPEL Day, held at PRS for Music’s London HQ, on 7 October 2015.

In the evening, IMPEL held a gig at a Portland Street venue for delegates and speakers, with East India Youth, JAWS and Devlin.