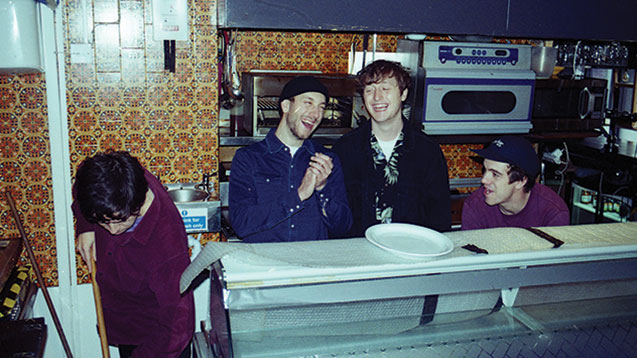 The Cardiff indie four-piece - winners of the Welsh Music Prize 2018 - have inked a deal with independent music publisher Faber Music.

Commenting on the signing, Richard King, chief executive of Faber Music said: 'With live performances that genuinely excite and an already substantial, dedicated fan-base, Boy Azooga are one of the most original new talents in the UK today.

'We are thrilled to have entered into an exclusive, worldwide publishing deal with the band’s creative force, Davey Newington and look forward to building on his and the band’s already considerable reputation as we work closely together.'

Newington added: 'Absolutely over the moon to say we are doing publishing with Faber. Such an amazing team, we’re really excited for the future with them.'