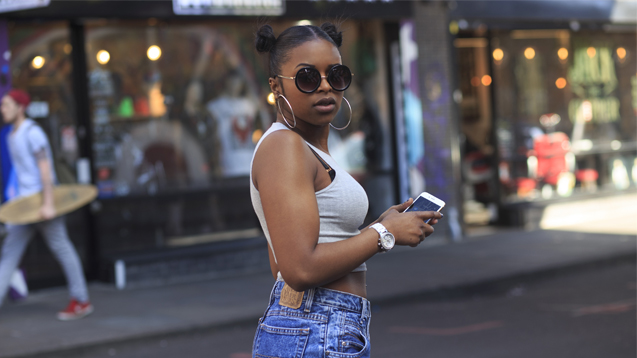 Around 170 music industry experts including DJs, critics, broadcasters, bloggers and, for the first time, international pundits were asked to name their top three favourite new acts from any musical genre.

The top five will be revealed in January on BBC Radio 1, counting down one each day from 2 January with the BBC Music Sound Of 2017 winner announced on 6 January on Clara Amfo’s show.

Several artists on this year’s list have been supported early in their careers by the BBC, including Manchester based post-punk band Cabbage, who have played on 6 Music and BBC Introducing this year.

Ray BLK performed in the BBC 1Xtra live lounge and recently was Annie Mac’s Hottest Record In The World.

Chris Price, head of music, BBC Radio 1 and 1Xtra, says: ‘The BBC Music Sound Of panel, always the broadest and most objective list of new music tastemakers assembled each year - which now includes international voices too - has delivered yet another exciting and diverse list of new and emerging talent to look out for next year.

‘These are the names that will capture the imagination of music lovers the world over in 2017, and I'm delighted to say that every single one has already received significant support on Radio 1 and 1Xtra, both in evening and daytime shows.

‘They join former winners - and now household names - such as Adele, Ellie Goulding, Sam Smith and Years & Years, continuing Radio 1 and 1Xtra's commitment to discovering and breaking new talent on the global stage. Judging by the crop of talent on this year's long list, there's no shortage of future stars to choose from.’

Bob Shennan, director of BBC Music and Radio, added: ‘The BBC’s commitment to developing new talent goes to the very heart of our public service purpose. BBC Music Sound Of, as well as BBC Introducing, are increasingly important ways that music lovers can make sure they are immediately across the musical superstars of the future.'
News
Back to top