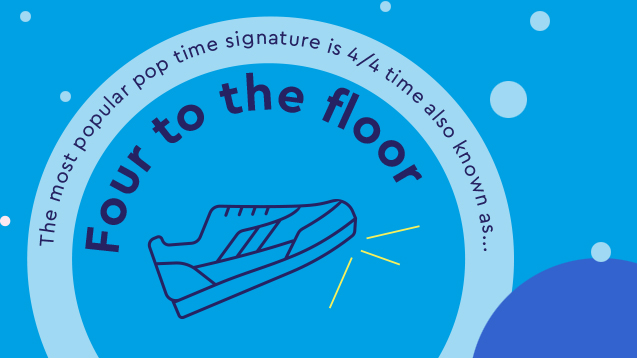 Anatomy of a pop song

We sit down with some of pop’s leading musicologists to figure out what makes a hit record in 2017.

Lucy Doyle sits down with some of pop’s leading musicologists to figure out what makes a hit record in 2017.

How do you write a chart-topping pop song? It’s a question that remains as lucrative today as nearly three decades ago when Bill Drummond and Jimmy Cauty – aka The KLF – sat down to write their foolproof step-by-step guide, The Manual (How to Have a Number One the Easy Way).

Though the pair declared they were wasting their time ‘writing a book that will be completely redundant within 12 months’, the tome became a reference point for everyone from eighties’ parody band Edelweiss to noughties nu-ravers Klaxons. It also managed to prophesise the impact of advances in recording technology, something Joe Bennett, a Forensic Musicologist based at Berklee College of Music, says is responsible for altering the modern chart sound.

‘There has been a huge change in songwriting since the nineties, and that change is the invention of the digital audio workstation’ he confirms. ‘Nearly all contemporary pop songwriters now effectively write and produce at the same time.’

So with the advent of new technology and digital streaming, has the pop writing ‘formula’ changed? A researcher at Ohio State University certainly thinks so: in his 2017 study Drawing Listener Attention in Popular Music, Hubert Leveille Gauvin found that songs are getting shorter as listeners’ attention spans shrink in the streaming era. The average intro length is now five seconds, four times shorter than they were in the eighties.

Elsewhere, a recent study from US rights administrator Music Reports states that the average pop song on the Billboard Top 10 has at least four writers and six publishers, compared to just 1.87 writers and 1.68 publishers in the sixties.

With this in mind, Richard Witts, Reader in Music and Sound at Edge Hill University and author of The Passage: Post-Punk Poets, plus musicologist Joe Bennett share their tips for penning that perfect pop hit…

Timing is everything
When it comes to time signatures, 4/4 is king. Why? ‘Because it's the most convenient type of music to dance to,’ explains Joe. Tempo meanwhile, has maintained a consistent average of ‘just under 120 beats per minute (bpm) for about the last 40 years,’ he continues.

Richard adds that songs are starting to slow down and ‘move into hip-hop territory’. Going through the UK Official Singles Chart during the week beginning 4 August 2017, he notes that many songs in the Top 10 are slower paced, including Power by Little Mix at 85 bpm and Despacito (remix) by Luis Fonsi/Daddy Yankee/Justin Bieber at 88 bpm.

Perfect pitch
If there’s one particular trend that crops up again and again, it’s the 6415 chord loop, otherwise known as the A minor, F, C, G sequence. You’ll find it in everything from Zombie by The Cranberries to this year’s smash hit Despacito, Joe points out. In fact, it’s so ubiquitous, it even has its own Wikipedia page.

For those pondering whether to use major or minor keys, Richard notes a prevalence for the latter in pop songs over the past few years, pointing out that every song in the Official Singles Chart Top 10 in early August is in a minor key, bar Rita Ora’s Your Song. ‘It really comes from the use of a more sophisticated repertoire of harmonies that originate from rhythm and blues, and jazz,’ he says.

Beginning and end
‘It's important to get the goods upfront - but it always has been in pop,’ says Joe, when asked whether song intros are decreasing in length to cater for today’s click and skip music listeners.However, one anomaly this year has been with Despacito. 'It’s remarkable – an acoustic guitar solo for 30 seconds. I was so surprised, because if you compare it to Little Mix’s [Black Magic] two years ago, they can’t wait to get you on the dancefloor and pin back your ears with the chorus,’  Richard comments.

So what about track length? ‘Pop songs over the last 60 to 70 years have always been between two and four minutes in length,’ Joe says. ‘It stabilised at around four minutes in the late seventies and has stayed there ever since.’

Rhyme is pervasive in pop too, while one popular songwriting trick at the moment is to start with a riff or loop that appears in the chorus. That way, ‘when the real chorus comes round, the audience's ear has heard it before so it seems even more hooky,’ he explains.

Something unique
For all their commonly shared elements, the perfect pop song still needs a stamp of individuality to set it apart from everything else. Citing J Balvin and Willy William’s international smash Mi Gente as an example, Joe points to its vinyl crackle effect and manipulated vocal as ‘part of what makes it a cool record’.

The thrill of hearing something unexpected is explored in a recent study from the journal Frontiers in Human Neuroscience, which found that harmonic surprise triggers a rush of dopamine in the brain: essentially the moment a person gets ‘chills’ from a song.

So there you have it: the golden rules of pop hit-making. But if there's one thing we all know about rules, it's that they're there for the breaking – no better demonstrated than Despacito. Sung entirely in Spanish, it’s the most viewed YouTube video of all time (3.3 billion of the world’s estimated 7.5 billion people have watched it) - but lacks one of pop’s defining features: a backbeat. 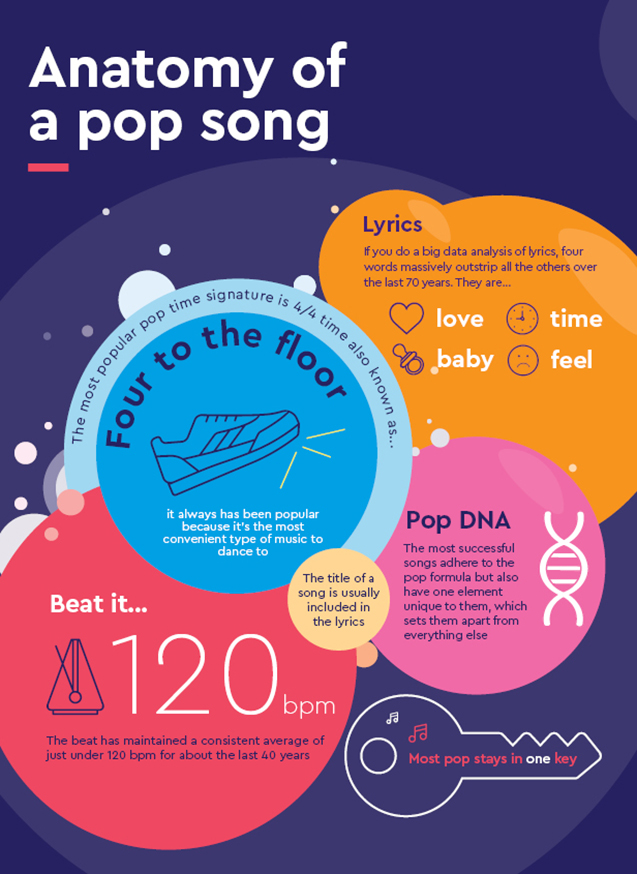