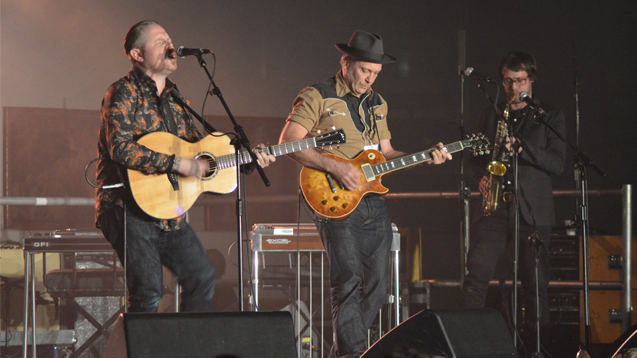 The inaugural UK Americana Awards took place this week (3 February) at St John's Church in Hackney. PRS for Music's Michael Hingston was on hand to find out who won...

The inaugural UK Americana Awards took place on 3 February 2016 at St John in Hackney and is set to become an annual event.

The evening was the culmination of two days of activities organised by the Americana Music Association (AMA) UK that included a conference and a showcase concert of 10 emerging British and American artists.

Americana is defined as including elements of US roots music, such as country, folk, bluegrass, R&B and blues. The term allows diverse artists playing a wide range of styles who don’t necessarily fit in to conventional genres to benefit from support, publicity and promotion. AMA UK work to champion the music in the UK and the awards and conference give a focal point. The launch of the UK Americana Chart the same week will help keep the artists in the public eye throughout the rest of the year.

AMA UK is a professional trade association and the membership is made up of musicians and professionals from all sectors of the music industry, such as promoters, labels, journalists, broadcasters and publicists. They have also attracted a diverse range of sponsors, including PRS for Music. 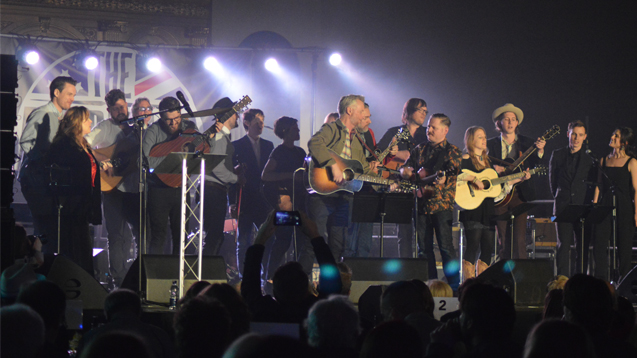 Chris Difford presented Billy Bragg with the Trailblazer Award for his contribution to the genre and Robert Vincent received the Bob Harris Emerging Artist Award. Swedish duo First Aid Kit were recognised with the prize for the official biggest selling Americana album of 2015 in the UK for Stay Gold.

BBC presenter Bob Harris was host for the evening and renowned musician and producer Ethan Johns was musical director. Among the guests who presented the awards were Bonnie Raitt, Beth Nielsen Chapman, Kimmie Rhodes, BBC radio presenter Ralph McLean and Elizabeth McGovern; who is best known for her role as Cora, Countess Of Grantham in Downton Abbey, but she is also a singer-songwriter fronting the band Sadie And The Hotheads.

Winners of the seven membership-voted awards were as follows:

UK Album of The Year presented by Mark Hagen

International Album of the Year presented by Bonnie Raitt

UK Artist of the Year presented by Ricky Ross

Danny & The Champions of The World

International Artist of the Year presented by Jed Hilly

UK Song of the Year presented by Beth Nielsen Chapman

International Song of the Year presented by Elizabeth McGovern

We were at the AMA UK conference to learn the best ways emerging Americana artists can get themselves heard… read our top ten tips...