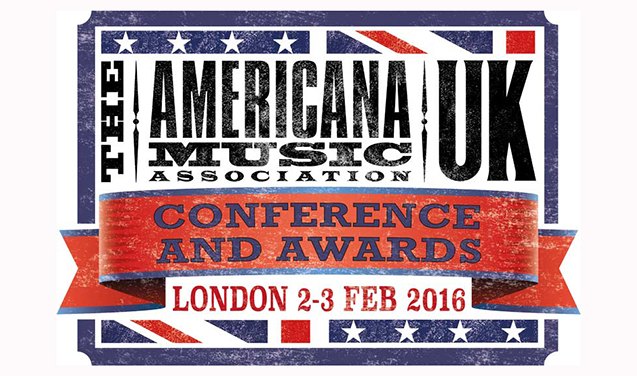 While the genre's own dedicated official chart has recently launched, the Americana Music Association (AMA) UK also held its third conference in London earlier this week (2-3 February), championing the best in American roots music in the UK.

During the Radio - How to get played panel, led by BBC Radio 2 and Amazing Radio’s Baylen Leonard, Mark Hagen, producer for the Bob Harris Country Show, radio plugger Claire Paxton-Rider and Crispin Parry from British Underground were on hand to give their top tips on approaching broadcasters and getting your music out there. We sifted through the best to help you get ahead when making yourselves heard...

Know the market and what you’re up against

Mark Hagen (MH) - Today, before I came out of the office, I got 27 CDs and eight links - that’s an average day which adds up to 150-200 records a week to sift through. We do get through it. But it does take a while

Persistence (within a reasonable time frame) will get your music heard.

Crispin Parry (CP) - If you are being persistent, you need to be nice, funny and kind with it. I like persistence. The more people are working together the better it is for everyone involved. It can be useful. But it’s always better if it’s done in the right way.

MH - Someone emailed me, rang me two hours later, rang me again, started following me on Twitter, reached out to me on Facebook and LinkedIn. That doesn’t work.

Believe in yourself and your music

MH - Having said that, if you believe in yourself, then you will be persistent. There’s a layer of confidence in a musician. You need to be tough and an ego to push yourself forward

Remember there are different platforms to national radio

CP - How can musicians get on a radar? There is national radio. But there are other places where people discover music - websites, podcasts, online blogs…

But going to the top will get you the most exposure

Claire Paxton-Rider (CPR) - National radio is getting busier. But you can’t beat a prime time play on BBC Radio 2 for exposure whether that’s Chris Evans, or Bob Harris. It’s great with all the podcasts and new channels but going to the top is the best place.

CP - There’s the Momentum Music Fund to help musicians make records. Players like the BPI have the Music Export Growth Scheme. These are all grants to help you export your careers into international markets. It’s a good time to be doing music and having support from institutions so make the most of it.

Give broadcasters a reason to play your music

MH - Give me reasons to play your music. I want to hear about another feather to your bow, another stamp of approval. If you’ve played the bootleg bbq at the AmericanaFest, then tell me when seeling yourself. This is a tick against your name.

Understand where to send your music

MH - If you have a record you want played on a specialist show, then don’t pitch it at an audience who won’t appreciate it or play it. You would never have sent a folk record to Tommy Vance for the rock show.

Create your own buzz

CPR - As indie artists, you’re competing with massive million pound budgets. As independent artists, you need to be creative and work out how you can stand out. There needs to be a groundswell to convince broadcasters that they aren’t taking too much of a risk on you.

Sell yourself in the right way

CPR - I want a picture and a song. Everything else is inconsequential. That’ll do me. I keep it simple. At the end of the day, it’s all about the song. If that’s interesting, then we’ll take it from there. It’s the best thing in the world if you get a new song and it’s brilliant.

Baylen Leonard (BL) - You want it as short as possible - the chances are the reader isn’t going to get that far into the flowery language. You know within 20 seconds if you want to know more about that song. Getting my name right helps too.

MH - Give me your best song. Give me the opening track of your future debut album. Don’t be ashamed of yourselves – you’ve written it and recorded it. Don’t hide your lights under a bushel.