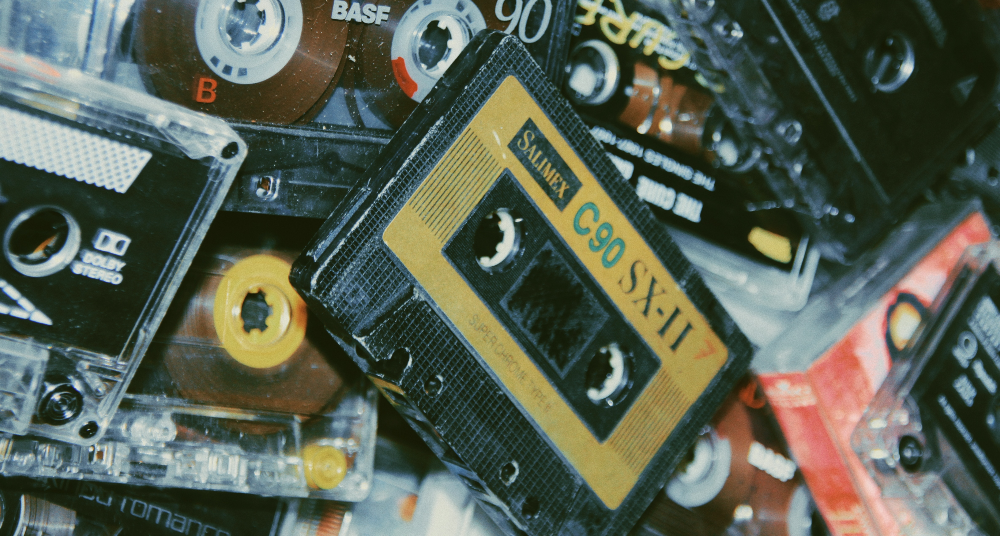 I’m not Columbo or anything. More Magnum, really – what with living on a tropical island and solving crimes for a laugh as a hobby. However, when M Magazine asked me to go undercover to experience what it is like to be a newbie in the modern biz, in short, I had to.

It’s not difficult in the digital age to put an online hat on and pretend to be someone else. The idea came from doing a script for a forthcoming film and my manager asking to send the first draft to the producers. For the life of me I cannot remember who told me this, but it always stuck with me, ‘Nobody but you sees the first draft. The first draft is for your eyes only and no one else. NO ONE.’

It wasn’t always like that. I once got a record deal with a first draft. When I was coming up in the ‘80s, there was still an industry that developed and nurtured potential to the extent that it had entire departments dedicated to it. You remember Artist and Repertoire don’t you? ‘A&R guys’ (sorry, nearly always men. Inevitably) were the byword for artistic development in the music biz. The talent scout, wrangler, handler and nurturing force all rolled-up into one gak-hoovering monster. It was up to the A&R Dept to find that raw talent like a truffle pig, ideally way before anyone else did, then leap on it like a bushwhacking spider, pump the prey with venom and then hang it up to dry with the others ready for feeding upon. A&R still exist, but the game has changed to an almost unrecognisable degree.

'I never say anyone’s work is bad – that’s neither nice nor necessary. I say, "There’s a lot of potential there, do you think you can go back and make it weirder?"'

The idea was to see what actually happens when you send out demos to record labels, so I ran-up some tunes. Or rather deconstructed some I already had. I just took away a layer of production – what you might call the mastering stage of the process and perhaps a couple of the later passes of production. It was as simple as opening the files and rolling back to a version of them about 75 percent of the way through. They were clearly tunes that had a beginning, middle and end with full arrangement and melodies, just a little rougher than I like to call ‘done’. Besides, we all know that ancient adage that I just made up – a mix is never finished, only abandoned. I then set to work approaching a few players to see what chance a ‘demo’ would have in the current climate.

Note: These were way more than what I myself would consider a demo. I remember making demos on a Fostex 4 Track with a Casio stuck on a bossa nova setting, a pawn shop guitar and a broken headphone for a mic. Compared to things I myself have made and indeed been forced to listen to by other hopefuls, these latest decoy ducks sounded like Pink Floyd in comparison. I mean I once heard a demo of what I imagine was the worst cello solo ever that was literally indistinguishable from someone dragging a chair across a floor. Full disclosure, I’ve run a small record label so this comes from decades of hearing demos. My own personal bit of dreadfully lazy A&R is quite an effective trick if I do say so myself. I never say anyone’s work is bad – that’s neither nice nor necessary. I say, ‘There’s a lot of potential there, do you think you can go back and make it weirder?’

Now this is more complex than you think. Firstly, it filters out the petulant who think they have sent you a Godly masterpiece. Quite a lot of people never think for a moment anyone would want them to readdress their work, which as any pro knows is not just inevitable but industry standard. Then there is that key word ‘weird’. It doesn’t actually mean anything, nor is it meant to really. One person’s weird cosmic cake is another’s perfectly normal sandwich. It’s just something to make them stop, think and maybe try a little harder. In something like 15 years of using this wee trick I never once had someone come back with something that wasn’t markedly better, if not sometimes a completely different and far superior track.

So, I sent out the demos. First of all under a guise. The result? Zero response. From 20 labels. Many of whom I have dealt with, or I personally know the person on the other end of the email. OK so ‘unsolicited’ is the dilemma perhaps. Next, I sent them as myself. Disguise off. ‘What do you think of these? Not finished but…’ and the response got interesting. Some almost had to reply as I know them. It was strange. One never spoke to me again, like the unfinished nature of the tracks was somehow toxic and might rub off on them. Another very major player went straight on social media after an exchange about the tracks to bemoan how ‘great DJs aren’t always great producers’ and then blocked me after I picked him up on it. It was like I’d sent anthrax in the post. Sure, you are thinking ‘maybe they were just shit’, but as soon as the experiment was done and I re-applied the varnish they were accepted immediately.

'Don’t take ‘try again’ as a no. Sometimes it simply means exactly what it says.'

Interestingly a couple of the most successful labels also had the most professional response. That they thought they needed another pass. That these weren’t for them but they’d love to hear other stuff. There was potential. One thing was absolutely and utterly clear from this experiment, however – you had better deliver a 100 percent finished, mastered and ready-to-go set of tracks to be taken seriously these days, ideally accompanied by a well-formed identity and social media presence. Something I knew of course, but was very interested to see the reaction. I guess it was something I thought needed verification.

What’s my point? Be ready for disappointment and rejection. It is not just par-for-the-course it is industry standard to just not accept anything sent willy-nilly. It’s not personal, it’s just information overload. Yes, the onus is no longer on the labels to develop an artist up to scratch, but there is an advantage in you yourself learning what it takes to get there and arriving more fully-formed. Take heart that there are still excellent professionals out there who do their jobs well and look past the rust and clunk and see things just need a wee polish to get there. Don’t take ‘try again’ as a no. Sometimes it simply means exactly what it says.