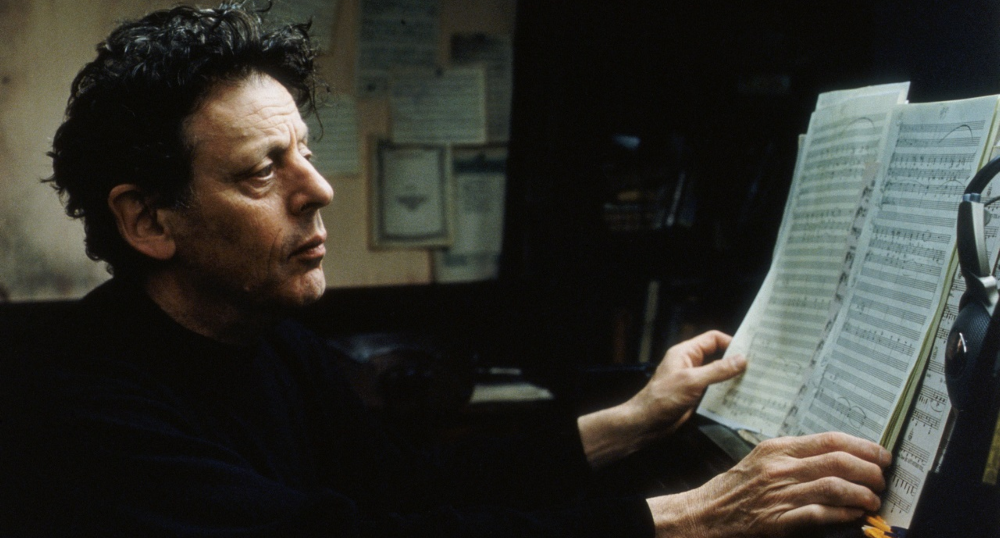 The evolution of Philip Glass

To celebrate the 85th birthday of pioneering composer Philip Glass, Jessica Duchen explores his influence on contemporary music and culture throughout his long, decorated career.

It is impossible to imagine today’s musical world without the sound of Philip Glass, who this year celebrates his 85th birthday. So distinctive is his artistic voice, and so strongly does it chime with our contemporary aesthetic or, if you like, zeitgeist, that its reach has become ubiquitous and its influence indelible. We could call Glass inimitable — were it not for the fact that countless other composers do imitate him, or at least try to.

Perhaps the resonances come from the sense of isolated melancholy while the world whirls by, the purling, rippling arpeggios, or the repetitive patterns that easily burrow into our consciousness; possibly it is the deep-rooted spirituality beyond the routines that weave our lives together; whatever the case, everyone will have their own response to his music.

Glass is, nevertheless, anything but isolated. He is the most collaborative of composers, working extensively in opera, dance and film, and he remains a practical musician on every level: ‘One of the great pleasures of being a musician is playing music,’ he remarked, in an interview with me a few years ago. This attitude extends to keeping control of his copyrights by publishing and performing his own music; even now, some of his pieces may legally be played only by his Philip Glass Ensemble.

He has always been enormously prolific, even joking (in a filmed interview for Bristol’s Arnolfini) that sometimes he cannot remember what he has already written. To date, his output includes 12 symphonies, 26 operas, chamber music for his own ensemble and others, solo piano works, concertos, ballets and dozens of film scores (including The Hours, The Truman Show and Notes on a Scandal). Nor is he planning retirement; he has commented that the vegetarian diet and the yoga he has practised for decades are practical measures to keep him fit and healthy for working into his nineties — an insight in itself.

Glass was born in Baltimore, where his father’s record store provided his earliest musical experiences. His father would bring home recordings of Bartók or Schoenberg to try to understand why they were not selling. The youthful Philip was entranced by what he heard and his curiosity was awakened for new music of all types, from Pierre Boulez to John Cage to rock.

Following an undergraduate degree at the University of Chicago and studies in the adult education section of the Juilliard School in New York, he won a scholarship to Paris, where he spent two years studying with the rigorous Nadia Boulanger before heading back to the US with an unshakeable technical grounding. From there, his influences extended to the downtown art scene of 1960s New York, its theatre, poetry and literature, and a deep-seated passion for Schubert (whose birthday he happens to share). The lonely atmospheres of that composer’s Winterreise and other songs often lurk in the Glassian background. He chronicles all this in his immersing 2015 autobiography, Words Without Music.

Earning a living was another matter. A great believer in self-reliance, he supported his young family by juggling musical activities with earning a living by other means. He took jobs in steelworks, haulage, plumbing and cab-driving. He was 41 by the time he found that he was making enough money from music to give up his taxi.

Though he is still often called a ‘minimalist,’ Glass distanced himself from the term long ago, preferring to refer to his techniques as ‘music with repetitive structures.’ Besides, ‘minimalism’ would be a bizarre term for operas the size of his breakthrough work, Einstein on the Beach, which was five hours long. It rejects narrative in favour of a set of structured spaces created by Robert Wilson, and audience members can wander in and out. The music’s numerical processes create a thematic link with Einstein – who might even have approved of the relative nature it presents of sound, expectation and time.

This was the first of his Portrait Trilogy of operas; the last was Akhnaten (sung in Akkadian, Biblical Hebrew and Ancient Egyptian). But it was the second, Satyagraha (1979) that changed the composer’s fortunes. The ultimate result of a long period of exploration and study in India, it is a lengthy meditation on the formative years of Mahatma Gandhi, sung in Sanskrit — and it seems audiences can’t get enough of it.

Hot on the heels of Satyagraha there followed some landmark recordings. Glassworks was a 1981 album by the composer’s own ensemble, conceived to introduce his style to a wide audience. In six movements, it distils the characteristics of Glass’s sounds and methods. The 1985 collection Songs from Liquid Days found him setting lyrics by David Byrne, Paul Simon, Laurie Anderson and Suzanne Vega; dreamlike, concentrated, tender, elusively touching, the music suggests that sometimes less really is more.

For proof of how relevant Glass’s works are to contemporary society, try Koyaanisqatsi, the 1982 experimental film directed by Godfrey Reggio, in which images and music blend into a wordless meditation on the uneasy symbiosis of humankind, technology and nature. The title is a Hopi word meaning ‘world out of balance’; if you feel that notion is even more relevant today, you wouldn’t be wrong.

But it is not only contemporary films that inspire him; his trilogy based on the work of Jean Cocteau culminated with his transformation of La belle et la bête into an opera (1994), its singing designed to lip-synch precisely with the actors on screen. The film’s timeless fairy-tale world melds with a score imbued with mystery and magic. The whole becomes an allegory for creativity itself.

Glass has never stopped evolving. He started writing symphonies in the 1990s after encouragement from the conductor Dennis Russell Davies, who told him: ‘I’m not going to let you … be one of those opera composers who never writes a symphony.’ Twelve followed in due course, covering topical territory that ranged from the highly spiritual No. 5 — a 12-movement choral symphony subtitled ‘Requiem, Bardo, Nirmanakaya’ — to three works based on David Bowie’s Berlin Trilogy. Alongside a cycle of five concertos for instruments ranging from cello to harpsichord to two timpanists, premiered by Davies, Glass has also written three piano concertos and two violin concertos, the first in memory of his father, whose favourite genre this was.

On the smaller scale, his Etudes for piano have been embraced by pianists eager for new music that connects rapidly with its audience. Glass wrote them in 1994, but for two decades would only play them himself. It was only in 2014 that he released them for general performance, since when they have been extensively recorded (complete or otherwise) by pianists including Maki Namekawa, Jeroen van Veen and Vikingur Olafsson. These exquisite miniature piano-poems have proved a valuable addition to the instrument’s solo repertoire.

As for Glass’s influence, it is everywhere — whether in the moody patterns of the music by Debbie Wiseman for the TV adaptation of Wolf Hall, the technical underpinning of Nico Muhly’s opera Marnie and numerous examples of new-generation minimalism by the likes of Max Richter, Timo Andres, Kevin Volans, David Lang and many more. Glass is a crucial part of what has been termed (initially in a pejorative way) classical music’s ‘holy minimalism’ movement, extending from the US to Estonia, from the UK to Australia; a quest for meaning, unity and spirituality in a world that often seems devoid of all three. All in all, Glass’s voice has become the powerful, authentic sound of our times. 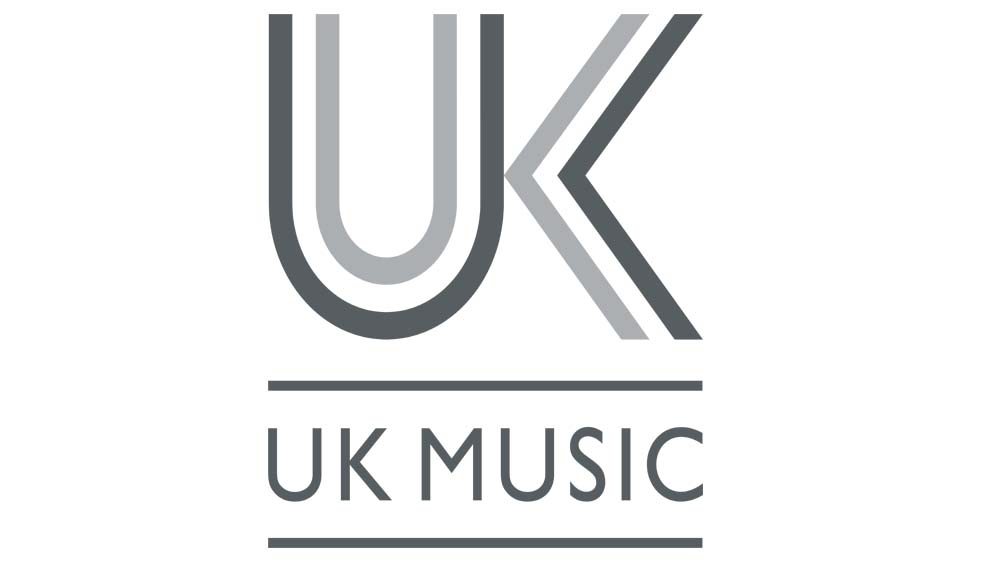