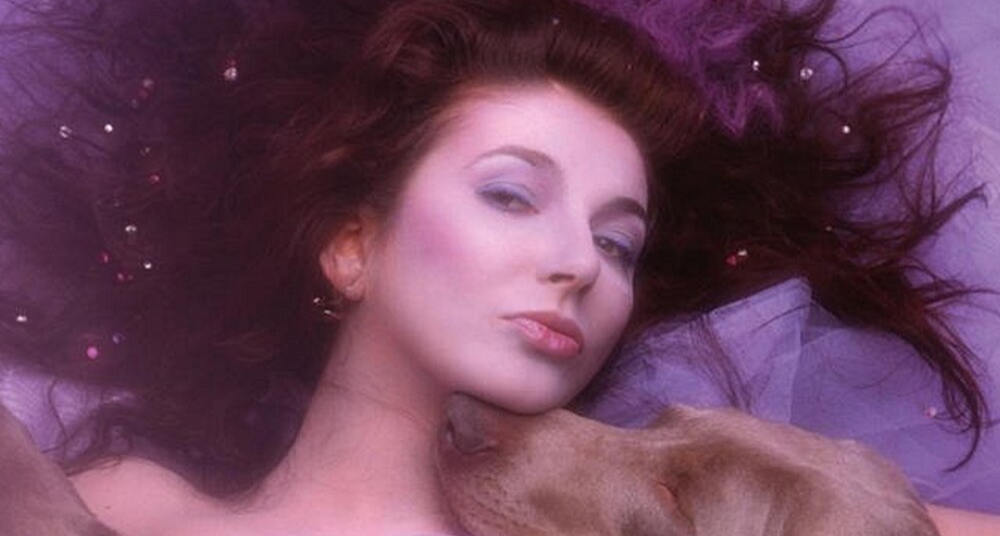 OK, hands up everyone who had ‘Kate Bush having the hottest record in the world’ on their 2022 bingo card? And now hands down everyone who was lying…

Because, in truth, Running Up That Hill’s ascent to No.1 around the world, 37 years after its original release, was even more unexpected than anything you’d find in the plot of Stranger Things. The Netflix sci-fi drama kickstarted RUTH’s revival when the song featured prominently in multiple episodes. From there, the song took on a life of its own to the extent that Bush herself, usually the most reclusive of superstars, declared: ‘The whole world’s gone mad!’

It's certainly gone mad for Running Up That Hill. Bush, who wrote the song entirely by herself and owns the rights to the master recording, is reportedly making tens of thousands of dollars in royalties every day from the song. It’s been used in almost two million TikTok ‘creations’ and now has over 312 million streams on Spotify alone. It’s hit No.2 on the UK airplay chart, and went one better on the Official UK Singles Chart, having previously been denied the top spot, despite being easily the most popular song in the country.

‘It’s about finding a balance between making sure all music has an opportunity to make the chart, while ensuring it feels fresh.'

Running Up That Hill was initially held back by chart rules on older tracks, which makes them subject to ‘accelerated decline,’ whereby streams count for less than those of new releases. Those measures, designed to help speed up a stagnating chart, only apply when a song has been on the charts for at least nine weeks and suffered three consecutive weeks of decline.

‘The majority of the Top 40 is made up of new music – and that would be the case even if you took away accelerated decline,’ says Martin Talbot, CEO of the Official Charts Company, which granted Bush’s record label a discretionary reset for the track, allowing it to hit No.1. ‘But there would be more old stuff at a higher level if you didn’t have that mechanism.

‘It’s about finding a balance between making sure all music has an opportunity to make the chart, while ensuring it feels fresh,’ he adds. ‘But personally, I would’ve been very disappointed if Kate Bush hadn’t got to No.1…’

Running Up That Hill is unlikely to be a one-off. Post-pandemic, music the industry deems to be ‘catalogue’ – usually songs released more than 18 months ago – has gained in popularity. It accounted for 69.8 percent of total album consumption in America during 2021, up from 65.1 percent in 2020.

‘It’s the communities that really drive the trends. There are so many completely different and surprising ways that tracks go viral that it does feel quite era-less.'

And it’s not just older music fans turning to nostalgic favourites – a quick scroll through TikTok, the social media video site beloved of teenagers, reveals trending sounds from every possible era. We already knew music discovery in 2022 was borderless and genre-less – could it now also be timeless?

‘TikTok is an incredibly democratic platform,' says Darina Connolly, TikTok’s head of label partnerships. ‘It’s the communities that really drive the trends. There are so many completely different and surprising ways that tracks go viral that it does feel quite era-less.

‘When you hear a song that resonates and you go and listen to it at a DSP, you’re not going to look up, ‘Is this from 1980?’ The barriers to entry for music discovery have been lowered.’

This is good news for older songwriters, meaning every dormant song is just a TikTok trend away from being embraced by a new generation. That’s happened in recent times to classics from ABBA (via a Dancing Queen dance challenge) and Fleetwood Mac (Dreams re-entered the UK charts off the back of a viral skateboarding video). But it’s also revived more recent songs from The Wombats (a remix of 2015 track Greek Tragedy took off on their platform) and The Ting Tings (2008’s That’s Not My Name was used by A-list actors in videos showcasing their major roles).

Such moments can have huge reach: TikTok overtook YouTube for average watch time in the US and UK last year. So, with so much music consumption taking place on the platform – licensed by PRS for Music and major music publishers – should TikTok streams now feed into the charts?

‘TikTok’s influence on the charts is already very clear.'

Martin Talbot doesn’t rule it out, although he notes songs must be streamed for more than 30 seconds to be chart eligible, and many TikTok videos are shorter than that (the maximum video length on the platform is now 10 minutes, but licensing arrangements limit music use to under one minute).

‘TikTok’s influence on the charts is already very clear,’ shrugs Darina Connolly. ‘Whether or not that extends to us being part of the charts is a much larger conversation, but the impact is already quite visible.’

And that’s why most record labels are currently obsessed with their releases – whether frontline or catalogue – going viral on the platform. But if a music fan’s favourite new song is now as likely to be from 1985 as from 2022, where does it leave fresh talent? Especially at a time when breaking through is not so much like running up a hill as climbing up a bloody mountain.

‘As a new artist, you’ve got some distinct advantages,’ notes Tom Connaughton, managing director of Spotify UK. ‘You’re here, you’re active, you’re with your audience. But you’re now competing with some of the greatest pieces of music ever – and it’s pretty hard to produce and write a better song than Running Up That Hill.’

Of course, new songs also benefit from going viral – Potter Payper and Tiggs Da Author’s Gangsteritis hit the Top 20 after featuring in Top Boy, or Russ Millions and Tion Wayne’s Body, which became the first ever drill No.1 after taking off in a TikTok fashion trend.

'Until things change, you can expect the chart free-for-all to continue, meaning all songwriters will be hoping film and TV music supervisors or social media influencers pick up on their music.'

Connolly advises songwriters and artists, whether new or established, to join TikTok and find out what works, in order to be ready should a song take off.

‘When we see something trending, we reach out to the artist via the label or management,' says Connolly. ‘We will do everything we can to make sure you can pour fuel on the fire by using the platform.’

Martin Talbot says the Official Charts will look again at the rules around accelerated decline, but notes that ‘laws made in haste are generally bad laws.’

Until things change, you can expect the chart free-for-all to continue, meaning all songwriters will be hoping film and TV music supervisors or social media influencers pick up on their music. And if all else fails, you could always try making a deal with God…