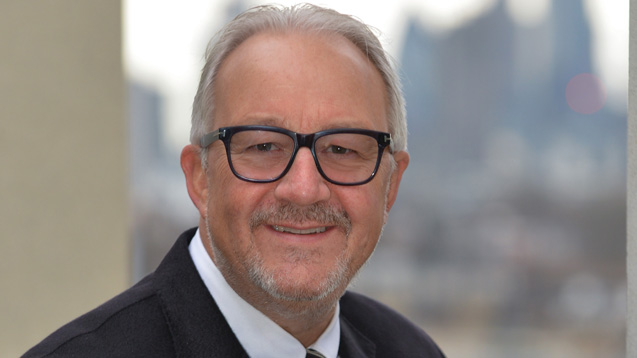 PRS Chairman: 'We are approaching a crucial moment for songwriters and composers'

Peermusic European President Nigel Elderton has been immersed in the world of pop publishing since the seventies, working with some of the UK’s leading creative talents. In 2017, he took up the PRS Chairmanship, helping to steer the ship through uncharted waters within the live and digital music worlds. Here, he shares his experiences of his first year in office.

I am pleased to say that we’ve made some important progress on behalf of members during my first year as PRS Chairman, which I’m keen to share with you. We are fast approaching a crucial moment for songwriters and composers within the wider music industry, and we’re working hard to ensure your voice is heard wherever and whenever it can be.

There is absolutely no doubt that live music has grown to become the most lucrative part of our industry. During the transition from physical to digital, with streaming rates still delivering relatively low value to rightsholders, many music creators are struggling to make a living. However, the live sector is flourishing with more people attending concerts, festivals and small gigs than ever before. Ticket prices are up and the live music experience has never been so in-demand.

We have been following that curve closely for some years now and have made improvements to how we work within the live arena. For instance, our new live reporting app allows members to easily let us know where, when and what they’ve performed. It’s a simple way to ensure your performances are correctly captured so we can accurately pay the royalties you’re due. Early indications from the app’s first full year show the number of set lists reported to us are increasing by nearly 20 percent, and we hope to build on that growth in the year ahead.

We have also been working hard to make sure songwriters and composers are getting their dues from promoters and venues. To that end, we’ve revised our live tariff (known as Tariff LP) after a lengthy consultation with members and the music industry. The application to vary our terms, which was made with support from all of the relevant industry bodies, is now with the Copyright Tribunal for approval – and I look forward to updating you further on our progress in the coming months.

In the international arena, we’re lobbying hard to ensure overseas societies’ commission rates are competitive and remain in step with our own. We have been working closely with promoters, managers and our affiliate collecting societies to improve both the way your live performances are administered and how we collect and pay out your royalties.

We’ve also started offering a service for those members who undertake major international arena tours, providing them with the on-the-ground business intelligence and support they need to save significant revenue in missed royalties and truncated performance fees.

We know live music is big business which generates significant sums of money for our members – and it was time to review, revise and refine what we do to police this important area of the industry. I am pleased that we are making good progress to help provide the support, information and tools that you need when performing around the world.

As PRS Chairman, and also European President and Managing Director of independent publisher Peermusic, I have taken an active role in addressing the transfer of value from music creators to the Digital Service Providers (DSPs) which allow users to upload unlicensed content onto their sites. These services are growing exponentially and clearly making vast sums of money for their owners and shareholders, while the songwriters and composers whose work they rely upon are receiving derisory recompense, and in many cases, nothing at all.

Over the last 12 months I’ve attended meetings in Brussels to lobby MEPs about this issue from both publishers’ and writers’ perspectives. While it was extremely difficult to get our message across in the beginning, I am pleased to say that the issue of transfer of value is beginning to resonate deeply with our European colleagues who have such a rich cultural heritage at stake. It is also gaining traction among our own politicians here in the UK. We should all be rightly concerned about the dilution and disregard of our culture by huge multinational conglomerates, which are sucking money out of the music industry ecosystem. The current situation is making it difficult for the music industry to commit financially to new and emerging talent, as there is little prospect of recouping that investment.

Wearing my publisher’s hat, I’m also very keen to ensure that we eventually redress the balance between what songwriters and publishers earn compared to artists and record companies, in terms of streaming royalty rates. Through the various committees and boards on which I serve, I have met many of the major DSPs and have continued to argue that our repertoire deserves a larger slice of the digital royalty pie.

Having said that, I’m pleased to say that our joint venture partner ICE has continued to negotiate new deals on ever-improving terms - on your behalf and has signed three major licensing deals already this year; with Spotify, YouTube and, for the first time ever, Facebook. Under the latter deal, songwriters and composers can earn royalties when users upload and share videos containing their music on Facebook, Instagram, Oculus and Messenger.

I am extremely proud to say that I was a founding trustee of the PRS Foundation and served on its board for 10 years. I’m still closely involved with the charity and, over the last year, have been honoured to support its vital work as PRS Chairman.

I’m always meeting chairs of other collecting societies around the world who want to know more about the foundation and wish to replicate the great work that they do there. I’m helping to build bridges between societies in Germany, Norway, Spain and other territories, with a view to generating cross-cultural initiatives which will drive the creation of new and interesting music.

In 2017, the PRS Foundation assisted in sending a record 37 members to perform at the SXSW industry showcase in Texas, and I was fortunate to be at the British Music Embassy in downtown Austin to watch many of them in action. The gigs were all extremely well-attended by local talent scouts, A&Rs and new fans. British music, as you know, is still very highly regarded in the US, thanks to so many of our trailblazing artists featuring highly on their charts, and they are always on the look-out for the next big UK export. SXSW is a great shop window, and I was proud to see another wave of members making the trip again for this year’s gathering.

It’s clear from my first year as Chairman that we’ve got much work to do at home and abroad to ensure your music continues to win the cultural and financial recognition it so justly deserves. I look forward to serving you again this year as we rise to the challenges ahead.

Find out more about PRS for Music’s involvement in the new European copyright framework.