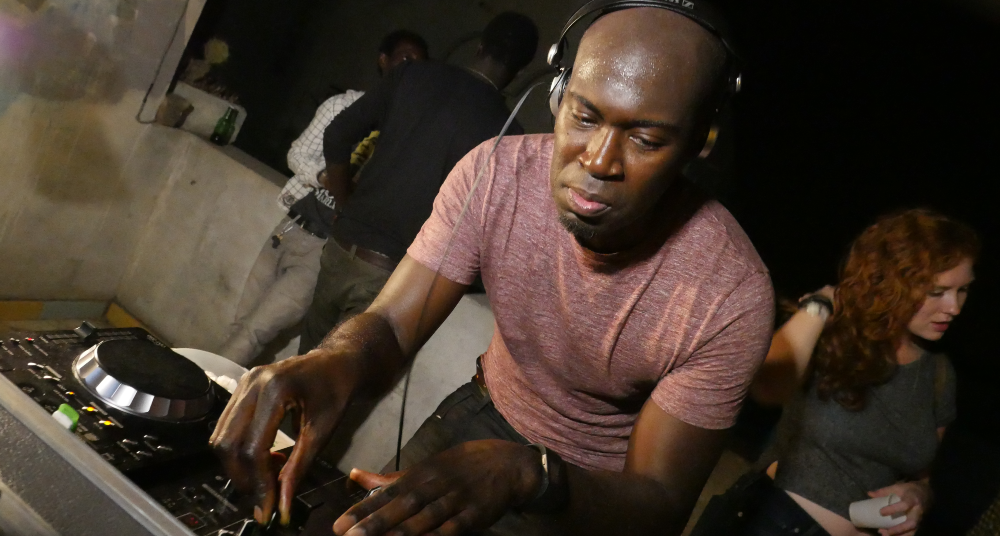 With a career that spans two decades, Kwame has worked alongside everyone from Emmy nominee Hannah Peel to critically acclaimed multi-instrumentalist Kaidi Tatham. Kwame has curated, produced, directed, and hosted events including projects with Radio 1 and MTV, impacting over 100,000 attendees across UK, Ireland, Europe. He has led a team on the design, and production of Bounce Afrika, using Hip Hop culture to engage groups across Senegal, West Africa.

Kwame’s most recent venture, SoLab is a digital collaboration project, with participants in Kenya, and now, he’s pleased to be able to say, UK/Northern Ireland thanks to Power Up.

As part of our Black History Month curation, we asked Kwame to make us a playlist.

I’m not sure there’s anyone that comes close in terms of his skillset, intertwining classically trained flute, self-taught keys skills, drum programming and chord changes that would make a grown man weep. The insane compositions should be studied at every level of music education, simple.

Conclave is by definition a gathering, a coming together. Mission accomplished by multi-instrumentalist and vocalist Cesar Toribio as he’s managed to skilfully craft gospel, house culminating in wonky techno synths, topped with a message of: ‘Rise and fall to try again.’ What’s not to love about that?

There’s levels and layers that hit me at my core. It’s all about the changes, the arrangement of brass, flute, guitar driven by drumming that leans back! How does Makaya do that?

How a song about red lights in Nai Palm’s old house became so symbolic as it was written just before lockdown took a grip and staying in our rooms became our lives. Switch up from Hammond to piano just opens up the track, her vocal performance picks up in intensity, then drops again. Texture, dynamics, rise and fall happen at exactly the right times.

An exquisite music trilogy. Still astounded by the controlled power and lyrics of Carleen Anderson that ring true 30 years later.

I remember DJ’ing with Kaidi Tatham and playing this. He just stopped and threw me a look of, ‘What the?’ in a good way. It’s Jeremy Ellis genius on every level. Maxing out the MPC to that jittery, pasted arrangement and staccato, slightly out of tune, ragtime piano that is still part of a smoother bigger picture!

Denise Chaila: ‘The whole medieval fantasy genre is one of the last frontiers which black people are still barred from. ‘Anseo’ [Irish for Here,] is all about making space for other people. Why should I be the princess? Sometimes I want to be the dragon or be your black James Bond – I don’t have to inhabit a female space; I want to be free.’

It has that trademark Kaytranada skip and bounce, gated synths that surf on choppy drum programming. The whole arrangement sucks you in and spits you out every four beats. Synth sounds transport you into lunar landscapes in the year 3023.

Only Aretha can assert vulnerability with self-assuredness and confidence. This ballad that snaps and cradles you in equal measure.