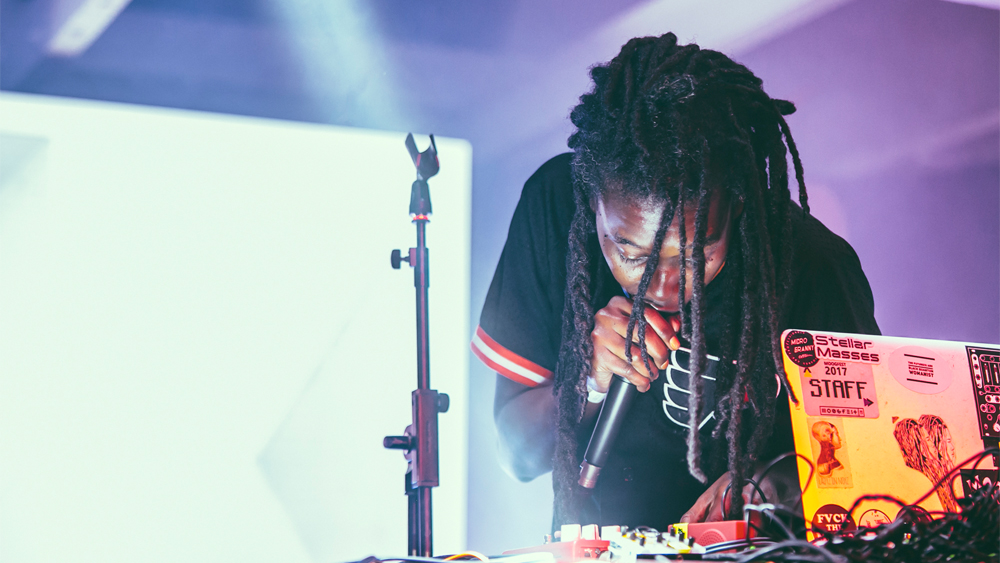 This year the mighty Supersonic Festival celebrates its 15th anniversary. To celebrate we’ve handed over the playlist reins to Capsule founder and Supersonic organiser Lisa Meyer...

This year the mighty Supersonic Festival celebrates its 15th anniversary. To celebrate we’ve handed over the playlist reins to Capsule founder and Supersonic organiser Lisa Meyer.

Produced by Capsule, a champion and producer of experimental music and art, Supersonic Festival was founded in 2003 as a one-day event in Birmingham.

Over the intervening years the festival has grown to a three-day experience and become the UK’s premier showcase of underground and experimental music.

Since its inception Supersonic has attracted an impressive array of artists, from securing LCD Soundsystem for the inaugural edition to enticing underground legends like Earth, Sunn O))) and Silver Apples and electronic pioneers Gazelle Twin and Phamakon.

Unsurprisingly, this year’s lineup is as dazzling as ever, welcoming Godflesh, Moor Mother, The Bug, Anna Von Hausswolff and Big Joanie into the fold.

Here, Lisa picks tracks from artists who have graced Supersonic’s stages over the years, and it’s as thrilling a listen as you might expect. Get stuck in…

V/VM – Lady in Red (not on Spotify)
I first went to Sonar Festival in Barcelona in 2001 and was blown away by the fact that a festival could happen in a city, using unusual spaces and it was also the first time  I saw a bill of V/VM, Merzbow and Coil playing in a beautiful gothic church, it blew my mind! To top this all off V/VM spun cabbages off the record decks and had bits of meat flying through the audience, this was a hugely influential moment and the seeds of Supersonic.

LCD Soundsystem — Losing my edge
Our very first Supersonic happened in 2003 at the Custard Factory, in those days the venue was like the wild west and you could make exciting things happen, there was no health & safety regulations and certainly no greedy landlords. We wrote to James Murphy and asked him to come and play Supersonic, enticing him with the idea that Birmingham was the home of Black Sabbath. He came and it was one of the first shows in the UK for LCD Soundsystem. We also had DJ Food, Coil and The Bug on that very first bill it was amazing.

Broadcast – Black Cat
In 2006 we had Brummie legends Broadcast perform, it was such a terrible shock and loss to the experimental music world when Trish passed away in 2011. RIP

Drunk In Hell – I’m an Arsehole
One of my favourite Supersonic performances was by Drunk In Hell  for our 10th anniversary in 2013, they headlined Saturday night and the whole festival was just a swathe of bodies united by the dirge of their music, it was immense.

Harvey Milk – Anvil Will Fall
It took a lot of work to get these guys to the UK for their first ever performance, some of the band didn’t even have passports when we first approached them to come to the festival, but all that effort was 100 percent worth it, they played a magnificent set, which was so incredibly powerful and moving.

Arbouretum – Destroying to Save
One of my favourite tracks of all time, it’s rousing and anthemic, pulls at the heart strings.

Moor Mother – By The Light
Moor Mother is a force of nature, she totally captivates the audience in a live scenario and brings together so many interesting influences from noise and punk, to free jazz. She was our artist in residence in the Moog Sound Lab in 2018

Pye Corner Audio & Faten Kanaan – The Darkest Wave (not on Spotify)
Supersonic is just as much about the discovery and championing of new artists, that’s what keeps it exciting for me as the programmer and for our audience. Faten Kanaan is a perfect example of a new artist who I can’t wait to see live this year.

Anna Von Hausswolff – Come wander with me/Deliverance
We invited Anna to open the festival in 2017 using the organ in Town Hall Birmingham, it was a magnificent set, you could hear a pin drop in that space, despite being so tiny her voice is so powerful and she is incredibly captivating. We can’t wait for her to headline this year’s festival on the Sunday.