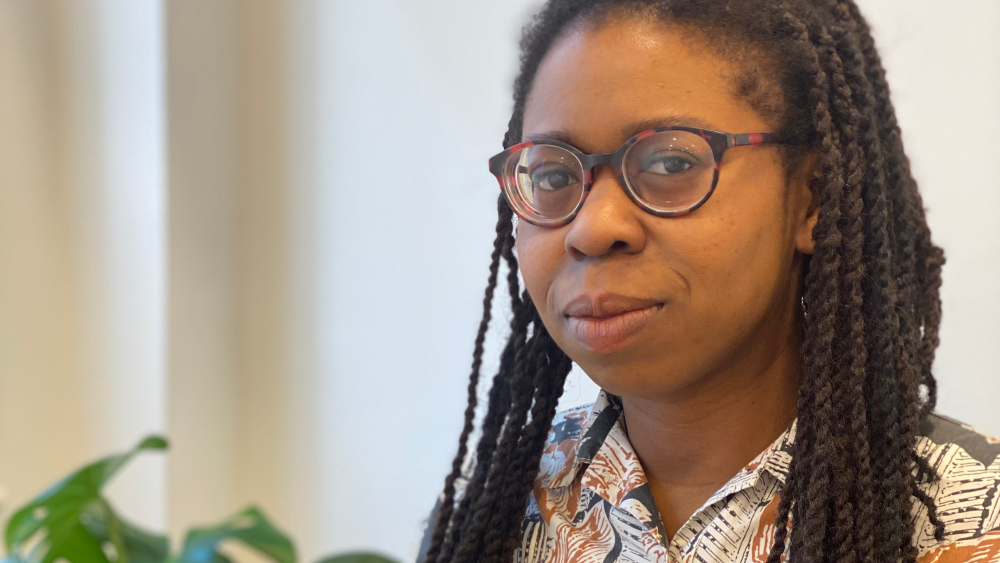 We’re wrapping up the first week of M’s Black History Month curation with a playlist from Guest Editor, Stephanie Phillips. Tune in.

Stephanie is a London-based music journalist, singer and guitarist in the Black feminist punk band Big Joanie and an organiser at Decolonise Fest, an annual festival created by and for punks of colour. Her debut book, Why Solange Matters, will be released May 2021 on University of Texas Press.

I remember when I first heard X-Ray Spex as a teenager and couldn’t believe this small woman was letting out such an operatic wail. Never one to follow trends, Poly wore bright colours when punks stuck to black leather and wrote songs about topics as wide ranging as climate change, identity and personal hygiene.

Big Joanie - Cranes in the Sky

When we first started Big Joanie back in 2013, we never thought we’d be releasing a single on Jack White’s label Third Man Records. Thanks to the Detroit/Nashville label, we were able to put our Black feminist punk spin on Solange’s classic song.

As a fellow Black female guitarist from the Midlands I have a natural affinity for Joan Armatrading. It’s hard to choose from Armatrading’s lengthy back catalogue (the majority of which she wrote, arranged, and produced) but Love and Affection cuts through the noise for its heart wrenchingly honest appeals to an inattentive lover.

P.P Arnold - The First Cut is the Deepest

I’ve tried to keep this list to Black British musicians, but I’ve veered slightly off course with the Los Angeles born soul singer. Arnold moved to the UK in the ‘60s to further her career. Her voice and style made a huge impression on the UK rock scene, working with the Mick Jagger, the Small Faces, and Eric Burdon.

The noughties indie boom coincided with my teenager years and one of my favourite bands was Bloc Party. Their taut, anxiety driven melodies still invoke the same joy in me 15 years later.

With their jangly afro-pop inspired riffs and driving beats, the Glasgow-based band are the personification of elation. It doesn’t matter where I am, when Everyday comes on, I always make time to sing along.

One of the rare bands of colour in the ‘90s indie rock scene, Skunk Anansie never held back and held their political beliefs up for all to see. Intellectualise My Blackness is one of the catchiest depictions of everyday racism that I’ve ever heard.

A staple of so many Caribbean house parties, Janet Kay’s classic song is one of the most popular lovers rock songs of the ‘70s. Who among us hasn’t tried to copy that falsetto?

The Selecter - Too Much Pressure

As one of the most successful bands of the two-tone era, The Selecter always managed to bring a rush of unstoppable energy to their performances. Too Much Pressure is the perfect party anthem, made for stomping around in hefty bovver boots.