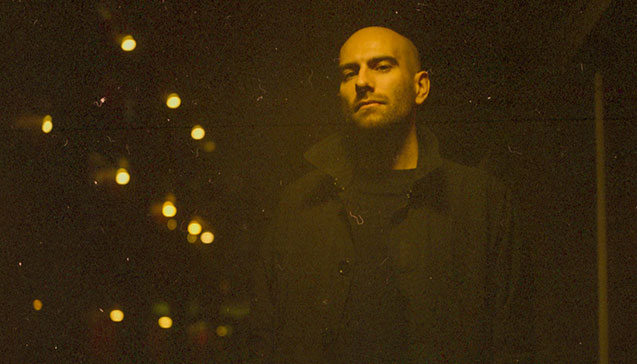 Tom Lea’s Local Action Records has flirted with everything from footwork and grime to out-there electronics and club anthems over its eight year history. Tune in to some of its most iconic moments...

Local Action Records has been dishing up some of the capital’s best beats and bleeps since 2010.

Based around founder Tom Lea’s unquenchable thirst for genre-busting cuts, releases from the likes of Lil Jabba, T. Williams, Deadboy, Finn and Yamaneko have flirted with everything from footwork and grime to out-there electronics and club anthems.

Recent releases from DAWN x Mumdance and Orlando have helped up the stakes, as Local Action blossoms into one of London’s most innovative labels.

Here, Tom looks back over some of the label's most iconic releases as it celebrates eight years in the game…

T.Williams - Heartbeat (2010)
We started Local Action to release T’s music - four of the label’s first eight releases are by him, so he really was at the forefront of the label’s first two years. This was definitely our biggest release of that whole period, iTunes picked it as their number two dance track of 2010 which was total unchartered territory for us back then, and it’s still an anthem today.

DJ Q - Brandy & Coke (2012) (vinyl only, not on Spotify)
Slackk - Raw Missions (2012)
These two records are the start of Local Action’s second phase for me. T had signed to PMR so we had to re-group a little, and signing Q and Slackk really revitalised things for us. Brandy & Coke sold 700-odd vinyl in a matter of weeks which again, was uncharted territory for us. Slackk’s Raw Missions EP didn’t sell anywhere near that, but it was an uncompromising mission statement release for both us and Slackk and really informed the next few years of the label.

Lil Jabba - Scales (2013)
The first proper album we released and again, an important one for me. Signing Jabba’s music feels like the point where we started looking beyond a UK club scene that was becoming increasingly frustrating and realised the importance of just releasing great music from wherever. Still one of my favourite ever releases and still sounds like nothing else.

Finn - Keep Calling (2014) (vinyl only, not on Spotify)
Couldn’t imagine what this label would look like without Finn. The best DJ, the best dude and someone who just knows his way around a banger like very few others. Keep Calling was that tune that went off every time me, Slackk or Q played it and signing it eventually became a no brainer. So, so glad that we did.

Yamaneko - Pixel Wave Embrace (2014)
Yamaneko’s another of the acts I couldn’t picture Local Action without - we’ve released three albums by him now, with a new EP out this Summer. Pixel Wave Embrace proved an important reminder of the importance of taking risks - we really thought this album would make barely any impact and four years on it’s one of our biggest sellers and a real cult classic.

Deadboy - White Magick (2015)
Deadboy’s one of my all-time favourite artists - in fact, he was the first person I ever approached about a release on Local Action in 2010, but I quickly realised that we wouldn’t be getting his best material as we’d just started up. Him coming back around and approaching us for this record in 2015 was an indicator of how much we’d grown and progressed.

DAWN - Not Above That (2016)
Releasing this record was surreal. I’m a huge DAWN fan, have been forever - and struck up a convo with her in late 2015 trying to send her some instrumentals from the camp. That quickly developed into a release which felt like a massive test for us, not least because DAWN basically gave us 10 days to sort everything out. We pulled it off, it was a success that just kept growing, and it led to us releasing her album Redemption later that year - our biggest record yet.

Finn - Sometimes the Going Gets a Little Tough (2017)
When you run a label for this long it’s easy to get your priorities twisted - a million convos about roll-outs and DSPs’ playlists and a bunch of people involved in the process who end up getting more money out of you than your artists do. Sometimes the Going felt like the antidote to this, a brilliant record with a brilliant vision that resonated with people the exact way it deserved to, and just flew with zero outside party involvement.

Local Action is collaborating with Boxed for a night at Corsica Studios, London, on 4 August.