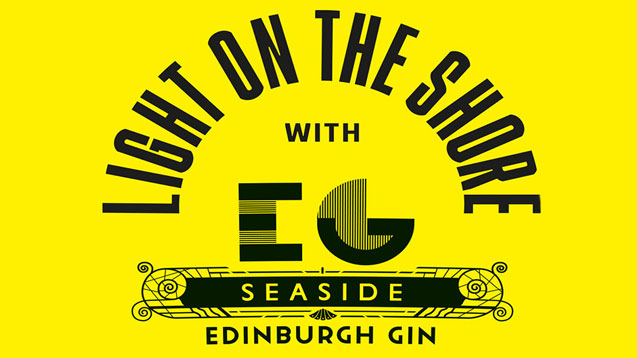 Light On The Shore

For our new playlist, Edinburgh International Festival's Jen White takes a trip through the event's new Light on the Shore strand to celebrate the highways, byways and back lanes of Scottish music...

The annual Edinburgh International Festival is set to return this summer with a brand new programming strand up its sleeve, Light on the Shore.

Running from 9 to 25 August at Leith Theatre, it promises a journey through the highways, byways and back lanes of Scottish music and a celebration of the nation’s musical impact around the world.

From punk to post-punk, new wave to no wave, alt-folk to pop-folk, the eclectic season is driven by some of Scotland’s most innovative artists, curators and promoters.

Seminal acts such as Mogwai, King Creosote, Julie Fowlis, The Jesus and Mary Chain, Django Django and Karine Polwart will perform their own work, often accompanied by friends they have cherry-picked to join them onstage such as Joan as Police Woman, Michael Rother and James Holden.

There will also be a series of specially curated nights by local festivals and promoters, each with their own unique aesthetic, politics and following.

Ground-breaking works by Boards of Canada, Anna Meredith and Martyn Bennett will be reimagined for orchestral forces and promoters and collectives will shape nights matching the well-loved and the yet to be discovered.

Ahead of the festival, Edinburgh International Festival programme associate, Jen White, picks some of her favourite turns on the impressive line-up…

This song is the title and hero tune of one of the evenings at Light on the Shore which is being co-curated by musician, Carla J Easton, and director, Blair Young. The night exists to champion those Scottish girl bands of the eighties and nineties that are regularly looked over in favour of their, usually, all male counterparts. The night is more grrrl than girl, and includes some of Scotland’s best bands and some unannounced special guests taking to the stage to pay tribute to the likes of Strawberry Switchblade.

Not One Bit Ashamed - King Creosote

An oldie but a goodie, from 2005's KC Rules OK, an honest, mournful break up song and despite the lyrics chanting 'you're not one bit ashamed' the music joyfully pulls you along and brassy blasts bring it to an emotive and cathartic crescendo.

A Jesus and Mary Chain classic, this punk love song with its recognisable drum beat opening poached from The Ronettes’ Be My Baby sits on most of my playlists. From their opening album Psychocandy, their Velvet Unground inspired sound of shoegazey alt-rock makes for blissful summer listening. They share a bill with grunge-pop dream duo, Honeyblood, and gauzy Glasgow indie quintet, Spinning Coin.

I first heard Sacred Paws when Eilidh and Rachel were in Golden Grrrls together, in 2012, in Glasgow’s infamous Nice ‘n Sleazys, where I worked, so it’s really exciting to be able to invite them to the Edinburgh International Festival. Strike a Match is the title track to their lauded debut album which brings together joyous melodies, afrobeat percussion and rapid-fire drumming. The Glasgow DIY scene, where this band cut its teeth, is awash with collaboration between artists and on this album you can hear Lewis Cook of Happy Meals (Free Love) fame playing the keyboard!

This is a bit of a cheeky one, as TeenCanteen aren't performing with us, but it was my adoration for this band that led me to asking Carla to contribute to Light on the Shore. This is proper pop and those who know me will testify of my love for female driven pop music. This is a summer sound like no other, sweet harmonies and driving drums make for an empowering song from the Sonic Sisterhood.

From their new album, Marble Skies, this is a collaboration with the excellent Rebecca Taylor of Slow Club whose velvety voice mixes sublimely with Django’s unmistakeable sound.  It’s reminiscent of eighties girl band dreamy synth pop with Rebecca’s voice rolling over the lyrics and dancehall rhythms making it a perfect song to move to.

Talk To Me - Bossy Love

The new single from the Glasgow duo is an absolute banger. Their live sets are riotous fun dance parties and this song continues to see them create vibrant, genre blending music surely cementing their status as one of Scotland’s most exciting and fun bands.

Anna’s album Varmints was the sound of 2016 but after her ferocious performance with the Southbank Sinfonia in London, it’s remerged as one of my most listened to albums in 2018. R-Type, with its soaring arpeggios, synth-y highs and thumping bass, will likely blow the roof off the Leith Theatre this August. For major Meredith fans, you can also catch her newest composition being playing at the International Festival’s free Opening Event.

This song from seminal Scottish post-rock stalwarts was recorded just over the water in the Kingdom of Fife. Muted and melancholic, listen out for Fife's own Cowdenbeath Brass Band on this moving and understated piece.

Landless have quietly crept into my consciousness since the lads from band Lau, added them to their Lau-Land bill for Light on the Shore. This song, from Scotland’s own Rabbie Burns, is a wonderful tangle of Irish and Scottish folk singing, their a capella harmonies have a calm and composed power that although isn’t religious is definitely spiritual.