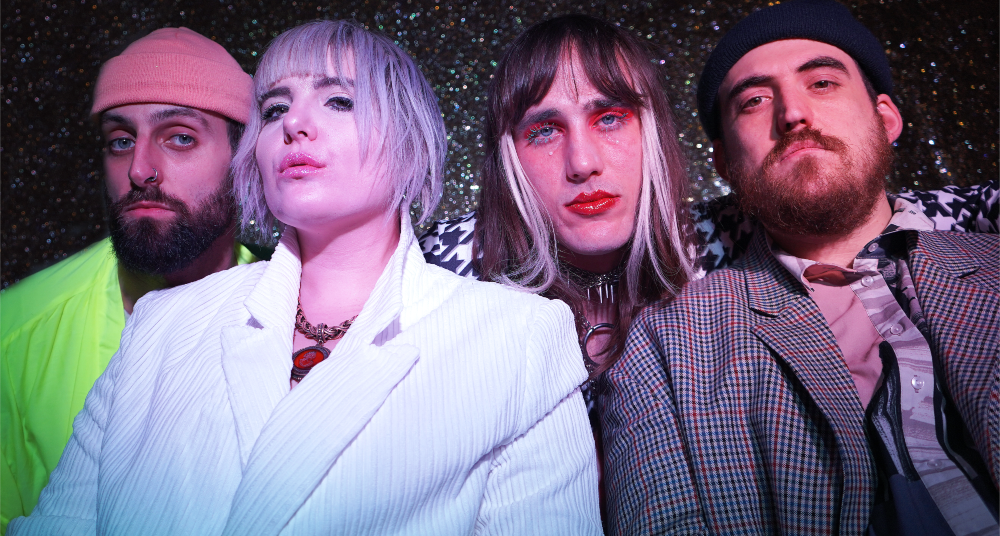 Following the release of their latest track Lonely Girl, we asked Brighton band LibraLibra to make us a playlist. Tune in.

Brighton electro-punk misfits LibraLibra had a lot planned for this year. They were due to play Glastonbury, alongside a host of other festival appearances and gigs, in support of their new EP Hail Mary.

Alas, much like all the rest of us, their summer plans have been scuppered. Thankfully though, it hasn’t stopped them releasing new music. Speaking on their latest track, Lonely Girl, Singer and lyricist Beth Cannon says:

‘It reeks of desperation to make a connection in a world where you can sink deep into a dark abyss at the end of your fingertips. It plays on the trials and tribulations of online / app dating, reflecting upon a catfish encounter with an empathise of who the hell is going to walk through that door. You fall head over heels for an idea, a perception from a voice, a picture, an illusion only to have it shattered when you finally step away from the comfort of your screen to meet face to face. ‘Lonely Girl’ is for each and every one of us who’s had that negative dating experience of how something so innocent can turn from 0 to 100 terrifying in an instant.’

Watch the video for Lonely Girl.

We asked LibraLibra to make us a playlist for the weekend. Tune in.

Joe: I’ve always got a Death Grips album on rotation, and I particularly love this track due to Zach Hill’s drumming and overall production. It slaps.

Beth: From the first moment I heard this album, I used to whack it on and dance around my room pretending to be Karen O. She’s so heartbreakingly cool it hurts.

Joe: I love how Oneohtrix Point Never has never conformed to any genre. He’s entirely his own thing. This particular track is stand out for me & I love the minimalist inspired arrangements & unique instrumentation; he truly is one of a kind.

Beth: I’m totally late to the party but have just discovered Sevdaliza recently and I’m in complete awe, she’s truly inspired. She totally encompasses her art in her very being and I adore her. Big time fan right here.

Joe: With Teeth was the first NIN album I ever bought as a kid and even though it’s now not my favourite album from NIN. This song in particular has always stuck with me & has had a big influence on my productions. NIN is one band that all of us in LibraLibra agree is all of our favourites. Big up Trent.

Beth: Another brand new discovery, and this eight track album Pain Olympics by Crack Cloud is so good. You know when you sit down to listen to a new band and you are instantly connected, intrigued, excited, an instant obsessive fan. Crack Cloud are doing that for me on every level. Really excited to know and hear more from these guys. Also from my motherland, Canada.

Joe: A song from two huge influences on us. Arca’s new album KiCk i is amazing track to track and one of my ultimate favourites of 2020. Arca is a true maverick of production and image and is still one of the best live artists I’ve ever seen. Highly recommend.

Beth: I was shocked when I read an article that Grimes hates her work from the Art Angels album as I think it’s a pop masterpiece. I adore all the imagery and design from each video to the album art. This song gets me going whenever I’m having a rough day, it makes me wanna fight and boogie my way through the clouds.

Joe: Been a fan of Sam Dust since Late of the Pier, Soft Hair and all his LA Priest tracks. I love that his recent album was designed around a drum machine, called Gene, that he built and designed himself. Its beautifully nerdy, and it’s got some killer tracks, this one being one of my favourites.

Beth: I can’t wait for clubs to open so I can go to Berlin and dance my blues away.