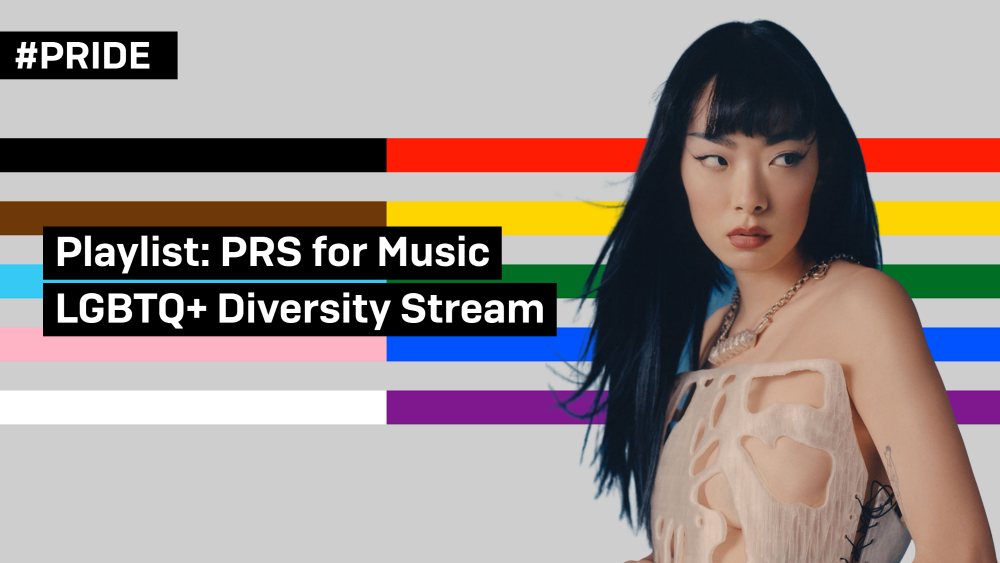 PRS for Music’s Diversity and Inclusion Taskforce was formed to help accelerate necessary change within the organisation. The Taskforce set up dedicated D&I workstreams to engage with employees from the Black, Asian, other ethnic minority, LGBTQ+, disability, gender and mental health communities.

As part of M Magazine’s Pride Month curation, two members of the LGBTQ+ stream have made a playlist featuring LGBTQ+ artists/allies.

Dexter is a hugely talented music composer whose made a name for himself in soundtrack composition with countless works on commercials and feature films. Chances are you’ll have heard his music and wouldn’t have even realised it. His music is great for the mind and soul.

I personally came across Kindness after their collaboration with Robyn. Everything Kindness touches is just vibes. Go listen and follow them.

Sarah is someone to look out for, having recently stumbled upon her latest song Lost, I haven’t been able to turn it off. Escape in Proctor’s gorgeous tones in this love song about two people just being together.

Natalie Oaks - One of a Kind

This Bristol based R&B/soul newcomer has just released her debut EP Keeping Up Appearance. One of a Kind is a melodic easy listen, it’s been added to my sunny day in the garden playlist.

Pale Waves - You Don’t Own Me

Having been introduced to Pale Waves by a colleague whilst collecting PRS member setlists at Kendal Calling in 2018, they’ve been a permanent feature in my music library. Heather Baron-Gracie said of their latest song You Don’t Own Me, 'It’s ’a f*ck you to everyone that plays by these fake delusional rules that women and gender need to fit inside a specific box.’ Hear hear Heather!

This classic track is undeniably one of the most jubilant and uplifting pop songs of the last 30 years. Blending Chicago house piano stabs over a James Brown drum sample, with an iconic video to match, it’s one of my all-time favourites. Also, what a sight to see George Michael perform the track at the London 2012 Olympic Closing Ceremony. Legendary.

In my opinion, MNEK is one of the most underrated UK pop songwriters/producers currently working. With hits penned for everyone from Little Mix to Dua Lipa and even Beyonce, he’s a queer legend in the making. I came across this particular song when it was featured in the promo for a bisexual dating show called The Bi Life.

When I moved to the UK 12 years ago, one of the first things I did was attend a taping of the Graham Norton show where the musical guests happened to be the Pet Shop Boys performing It’s a Sin. Naturally, when I saw last year that a new Russel T Davies series of the same name was released, I was hooked. This cover is triumphant and dramatic rendition of the classic original, all proceeds of which go to the Elton John AIDS Foundation.

The 1975 have always been vocal in their support of the LGBT+ community, but it wasn’t until the Pulse Nightclub Shooting in 2016 that the band began dedicating Loving Someone to the community at every concert. Accompanied by rainbow stage lighting and video montages, it continues to be a highlight of their shows to this date and proves just how important allies can be in the face of injustice.