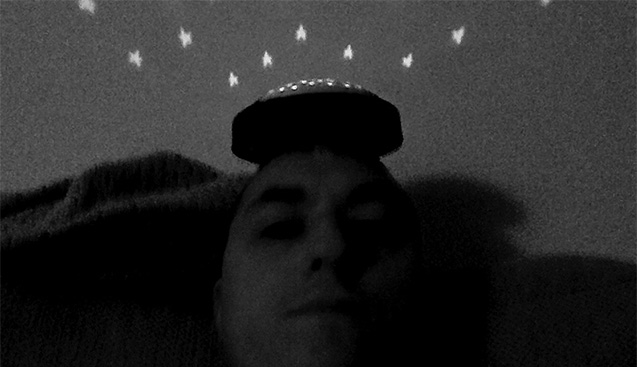 Loves Flaccid Disco Muscle (L/F/D/M) is the moniker of errant London noisenik Richard Smith. To celebrate his new release of anarchic electronics, he talks us through his top tracks...

Over the last three years he’s been responsible for some of the dirtiest analogue acid to pour out of the capital, drowning vicious beats under layers of spongey static.

His grimy sound flirts with post-Chris & Cosey broken syncopations and Blackest Ever Black esoterics to bring an unhinged franticness to the Chicago acid house template.

Outside of L/F/D/M, Richard’s also one half of electronic brutalists Bronze Teeth alongside Dominic Butler, who himself is known for his work in Factory Floor.

Earlier this week Richard returned to outre cassette label Clan Destine for his latest L/F/D/M endeavour, Under the Eyes of Augustus, a 60-minute venture that lurches from techno, electro, noise and disco.

To celebrate the album’s release, we asked Richard to compile this week’s playlist… (we've included the tracks that weren’t available on Spotify in their YouTube incarnations. For the remainder, see the Spotify playlist below).

E Dancer - Pump the Move
We just saw this as hardcore at the time, on all the mixtapes coming from The Eclipse and whatever that we were living on

Wax Doctor - New Direction
This is just on another level, when this used to cut in it was like a moon landing or something, just something so much bigger and "epic" than other stuff at the time. Basement Records had such an identity, that jungle techno sound that run through them and even the instrumentation; i later found out that that's because they were all engineered or produced by Jack Smooth.

Chris Carter - Moonlight
Chris & Cosey make such weird gems of beauty, this one in particular.

Lemon D - Flashback
Hardcore around this time was so inventive, this track hits such a weird balance, it's got such a wide eyed naivety, all the elements are there threaded with that unsettling yet strangely euphoric vocal manipulation.

Roedelius - Herold
Initially when i started to dig deeper into Cluster it was the rhythmic proto techno sounds of Moebius that hit most, but then wow, Roedelius, his music is so beautiful and delicate, and other worldly, i love the thought of him just sat at home recording these to tape, layering them up, and amassing reels and reels of beauty.

Terry Riley - Persian Surgery Dervishes
This, like most of his music, just does something else, true trance music, hallucinatory.

DJ Pierre - Box Energy
Acid house, always there, love the live mix down on this, just the perfect, perfect acid track, among a million acid tracks i never tire of this.

Soraya - If
I think this is a J P Massiera production, pure abandon, no watering down.

Robert Görl - Blue Sex Drops
Produced by Regis, you can just drop a needle anywhere on this LP; it's all fit to go.

Joe Zawinul – The Harvest
This always sounded to me as if Jeff Mills temporarily joined Weather Report. Sometimes with Weather Report you have to brace yourself for that schmaltz, this walks the line, kinda, it's just full on from the get go. Pure energy.

{ ; } }
https://clandestinerecords.bandcamp.com/album/under-the-eyes-of-augustus
Features
Back to top