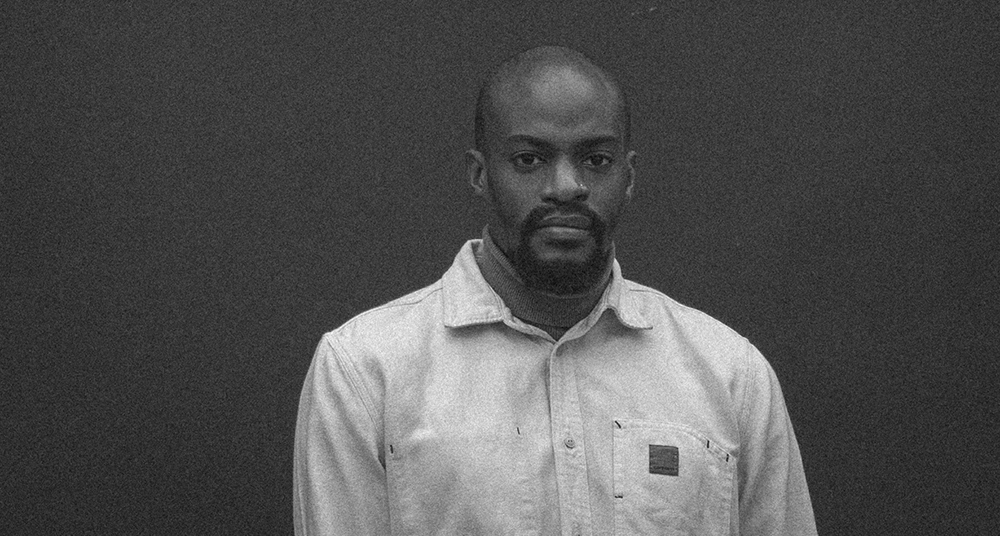 As the second week of Black History Month draws to a close, we ask Guest Editor Jesse Bernard to make us a playlist. Here, Jesse looks back at his early raving days and the music that defined it.

At first, when I tried to articulate and lament on my early raving years in the mid-to-late 2000s, the only way I knew how to was in the form of a YouTube playlist.

The dancefloors on those nights were so sticky from years of sugary alcoholic build up, my 110s may as well have been screaming the ‘streets won’t let me go.’

We came after the Moschino shirts and D+G glasses, unless we found ourselves at Garage Nation. My generation came of age during the Kanye West shutter shade era, but the soundtrack back then would’ve been Benga and Coki’s eternally classic Night.

These were the songs we came alive to, the songs that would have a man running from the smoking area onto the dance floor because missing the drop of your favourite song was critical. And let’s face it, we often went raving just to hear that one bad boy tune drop.

There were nights we came in black North Faces and left in white ones because, somehow, I only ever remember it being cold and snowing whenever I went raving.

Note: If you can find all of those songs on Spotify, did you really rave though?

Shystie’s Pull It Back was an interesting one for me because while I’d only hear it at specific funky house raves, it wasn’t a popular one among DJs in the Midlands and up north. This was circa 2009 and being in university at Hull meant travelling to raves in Leicester, Huddersfield, Leeds, Manchester and Coventry. Pull It Back was more of the pre-rave tune we’d rinse on the drive down to a rave but hearing it now? It’s one of the few UK funky tunes from that time that aged well, largely down to Ill Blu’s production and Shystie’s timeless flow.

When this iconic tune dropped in 2004, the law said I was too young to be out raving, but the under 18 parties knew me better than that. Looking back, I don’t quite remember how I was moving to this: it was strictly gunfingers, mean mugging and backs against the wall for teenage boys. For some strange reason, it was as though there was a contagion on the dancefloor but when a tune like Xtra dropped, we all went mad. These were before the days of mosh pits.

I was entrenched in the raving scene when Hard dropped. I distinctly remember a night in Sankeys, Manchester when MC Harvey was the PA for the night. Before they fell off, Sankeys and WHP were the coveted destinations, I envied my friends who went to Manchester because they also had nights like Murkage on a regular basis. At the time, D Double E and Footsie were doing their dubstep thing and it was a memorable moment as grime had never left the dance despite it charting regularly.

D Double E did the damn thing on this instrumental and it was always a coin toss as to whether DJs would play the instrumental version or the one with his vocals. D Double’s version I never heard out very often, but it also happened to be my favourite rave tune because of that.

There was a point where I had exhausted nearly every known UK funky song, I had rinsed every YouTube mix and every playlist. I tried to acquire new mix CDs that DJs would hand out after raves, never finding anything new. Then came Lady Nye’s Frontline, which not only became a dance favourite, but it got rinsed in my blue Vauxhall Corsa. If I wasn’t in a rave then I’d be in the Corsa listening to all of these tunes. The mix CDs my then-housemate and good friend would make were arguably better than anything I heard in the raves at the time.

This song is really new, in fact it came out this year. Obviously with raving currently locked off, it may be some time before I hear this in the dance. However, we’ve had several house parties during lockdown and those random nights where I find myself going off in the living room, FM Allstar Riddim has been there keeping me alive. It has all the energy of a classic grime anthem yet still feels new. Hold tight the French sample as well, they make it sound wavy. This is the tune I’m gonna rave my arse off to once we’re allowed to.

I was definitely underage when this came out and it’s not really a raver’s tune like that, it’s a cover of a rap classic by Mike Jones. Who? Mike Jones. When I first heard this song via a mix CD, I was completely spun by all four MCs going back to back. Looking back, the line-up doesn’t make sense on paper, but it turned out to be the right combination. Everyone will say Skepta’s verse is the best but Tinchy’s edges it for me, just.

Roadblock, Uni of Hull, 2009. Skepta had just dropped Microphone Champion a year prior, Giggs was something entirely different after dropping Walk In Da Park and becoming the biggest name in UK rap. Our ACS president had somehow got both names to come up to Hull to perform back to back sets, as well as their classic collaboration Look Out. To give you an idea of its everlasting energy, the song still features in my regular rap playlist that I rotate annually.

Kano & Vybz Kartel - Buss It Up

I got rinsed for saying this was one of my top Kano tunes, but you have to fully appreciate what Kano was trying to do with it. To be accurate, Kano’s career as a pure grime MC was actually short lived, depending on how political you want to get. We’d get a handful of grime songs per album but Kano’s always been far more eclectic and musically diverse than that. However, collaborating with Vybz Kartel is something I didn’t expect when he released Layer Cake but with it, he kept grime’s dancehall roots firmly in place. Dancehall Kano may have only given us a handful of tunes, but they deserve more recognition.

This is a dubstep staple that most ravers from circa 2007-10 will be familiar with. It saw me through those brief (and legal) raving days pre-university and followed me right until the end at Hull’s Shinobi, a jungle and dubstep night at the iconic venue The Welly. Everyone has their own memories of this song but mine take me back to nights at The Welly. Over the years, bookings would consist of Shy FX, Alix Perez, Toddla T, Shanti Celeste, Andy C, Ms Dynamite & more. I also think the venue still exists, which is a rarity these days.

Most would expect me to put Boo! but I was ten years old when that song came out and had likely missed out on the best raving experiences this song offered. However this was another Shinobi classic not least because it was on regular rotation but when Dynamite came to do a live set in Hull in summer 2012 before graduation, it was emotional given that this would also be the last rave we’d attend.