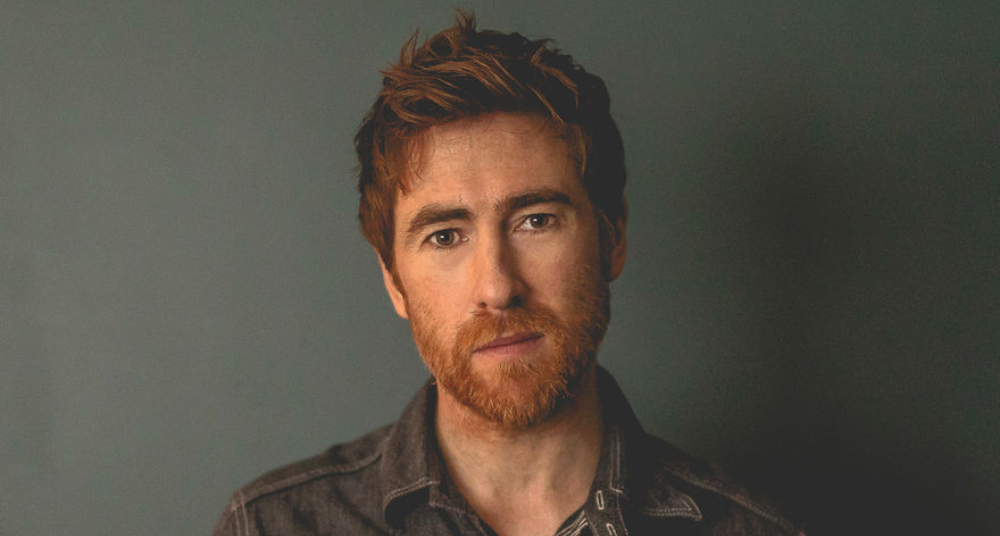 We asked Ivor Novello award-winning singer-songwriter Jamie Lawson to make us a playlist to help us through another weekend indoors. Get listening.

Ivor Novello Award-winning singer-songwriter Jamie Lawson was the first artist to be signed to Ed Sheeran’s Gingerbread Man Records back in 2015, the same year that he released his self-titled third album and the knockout hit, Wasn’t Expecting that.

Fast forward to 2020 and Jamie’s five-track EP Moving Images is just a month shy of surfacing. Speaking about the record, Jamie said: ‘This EP feels like a new chapter for me, the beginning of the next phase. With the need for full length albums being less and less, I suspect I’ll do more of these types of releases, small collections of songs that we can hopefully tour around and keep active with.’

Ahead of the release, we asked Jamie to let us in on the songs he loves to listen to.

This is my most played song for three years in a row. I'm not actually sure why. There's something very mysterious about Iron & Wine songs, they keep you searching and scratching beneath the surface, revealing themselves more and more over every listen. It's a beautiful song from a brilliant songwriter.

Neil Finn is an incredible songwriter. As the guy who's written every Crowded House song you'd have to be. Classic after classic. His recent solo album Out Of Silence is a true work of art. Recorded in four hours and live streamed with a choir and a small orchestra, it's a thing of real beauty and in my opinion some of his finest writing. This song, Love Is Emotional, gets me every time.

The songwriters songwriter. Ron Sexsmith has been consistently brilliant over 10 albums or more now. My favourite record of his was his second album, Other Songs which this track comes from. I could have chosen any song from this record but I went for this one. So beautifully observed: 'There's an old couple on the bus, sitting next to us, my boy and I. My boy turns to the graveyard, my boy turns to the old man, says 'this is where you go when you die, my Papa told me so,' the old man said, 'Yes we know.' Ha, perfect storytelling.

What a gorgeous song, full of sadness and hope in seemingly equal measure. One for putting your headphones on, closing your eyes to and letting that incredible voice take you off somewhere you've never been and won't want to come back from.

A truly inspirational songwriter, someone who puts his heart and soul into every single performance I've seen him do. Never not inspiring. This is from his 60 Watt Silver Lining album, which pretty much changed my life. I was at art college at the time it came out and for two weeks this record was on a listening post in Virgin Records. I'd read a review in Mojo I think and it sounded like something I'd be into, so each lunchtime I'd walk down and listen to as much of it as I could. I did that every day for the full two weeks. There was something about the songs, the voice and the way the songs were sung that made me think, 'I think this is what I'm supposed to be doing.' At the end of the two weeks I quit art college and pretty soon after that left Plymouth for London to chase a dream.

Damien Dempsey - Sing All Our Cares Away

I love this tune. That accent he sings with which manages to rhyme smile with boil. A serious song made with true optimism and positivity. We really do Sing All Our Cares Away. I've done it for most of my life. I've done it many times to this song.

This is another brilliantly written, really well crafted song that intertwines an American family tree and a Welsh family tree with the connection being that of rubble. It's so cleverly done. Political and human. I was hoping to hear a lot more from them but I think they've stopped making records together after this one album. I hope they make more.

Paul Buchanon - I Remember You

This song and this album from Paul Buchanon, singer of The Blue Nile is so fragile it may break by just listening to it. So delicate and beautiful, perfect for late late nights and early mornings and in particular tour buses when you can't sleep at all. It'll keep your heart calm.

Fountains Of Wayne - A Road Song

It seems fitting to mention Fountains of Wayne after the recent passing of Adam Schlesinger. What a brilliant writer he was, and how sad to have to write that in the past tense. This song comes from their last album Sky Full Of Holes, like any FOW album, it's full of pop gems. I loved the line in this track: 'I bought you a light blue T-shirt last night, from some band I couldn't stand but their logo's alright.' There always seem to be this cool mix of humour and melancholy running through all their songs.

Billy Bragg - Valentines Day Is Over

I think Billy Bragg is a massively underrated songwriter. I have no idea why apart from maybe his political leanings which have always seemed to be pretty spot on to me. This song however comes from what you could describe as his 'love' album, Workers Playtime. Again, it's a record full of brilliant domestic observations within relationships. 'No amount of poetry can mend this broken heart, but you can put the hoover round if you want to make a start. My songs seemed to take in the stars and the sea but Billy's are always firmly planted in the home and I always loved that and wished I could do it myself.

{ ; } }
Moving Images will be out 29 May via Lookout Mountain Records. The first single She Sings For Me will is available now, you can stream it here.
Features