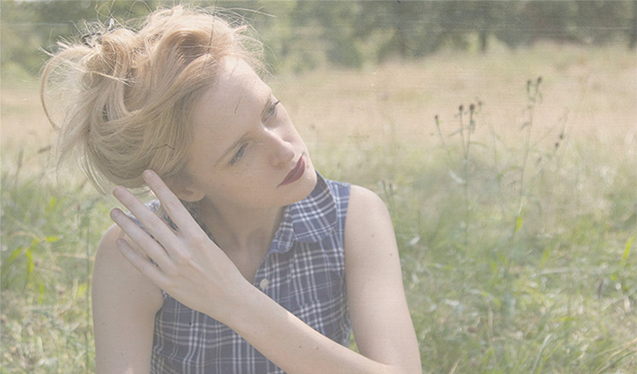 As an orchestrator and arranger, she’s worked on groundbreaking films and TV programmes including the BBC documentary Life (which won an Ivor for Best Score), the multiple award winning BBC series Frozen Planet and the acclaimed Danish film Dark Horse (which scooped the Cannes Audience Award in 2005).

Her work has also been performed across Europe, the US and the UK, alongside Olafur Arnalds and Johann Johannsson.

2015 was a huge year for Isobel as she released debut LP, Music for Strings, a symphonic album of works for string orchestra, and received a major commission for the Lumiere festival of light in Durham. Lumiere continues across London until 17 January.

Here, Isobel picks some of the tracks she’s got on repeat right now…

Jenny Hval - That Battle Is Over
This is one of Jenny’s more straightforward pop moments. I love that it takes its time with a sort of quasi hip-hop beat and a slowly evolving chord progression, and Jenny sings with an uncharacteristic bluesy inflection. I find her spoken word moments in her songs fantastic too. Her music makes me think differently about music, and I really enjoy that about her work.

Colin Stetson and Sarah Neufeld - Won’t Be a Thing to Become
This whole album (Never Were the Way She Was) is two instruments - saxophone and violin – with no looping pedals or overdubs. It’s a lonely sound, but comforting and contemplative, and incredibly enigmatic. The longer tracks are very special.

Owen Pallett - Midnight Directives
This is orchestral pop at its best. The whole album has such a unique character. I only heard it for the first time recently and it’s been on serious rotation at home. It feels so luxurious somehow.

Nils Frahm - Says
Juno and Moog synthesisers have become my new obsession this year, and the way the arpeggiated synth lines build over the full eight minutes here is fantastic - it’s a labyrinth of sounds and loops, which is almost impossible not to get lost in.

Anna Meredith - Orlok
I love all of Anna’s music, but this track is a favourite. It feels like she’s taken an orchestral piece and transcribed it for electronics. You can really hear the orchestra - the wind, brass, strings and percussion. I love the changing moods of it too. It’s brilliant.

Geoffrey Oryema - Ye Ye Ye
I just love everything about this.

Julianna Barwick - One Half
I’m always listening to this track from the equally brilliant album Nepenthe, produced by Alex Somers. Everything is a blur in this track - the lyrics, the harmonies, the number of voices.

Emahoy Tsegué-Maryam Guèbrou - The Last Tears of a Deceased
At 92 years old, this Ethiopian nun performed at the London Contemporary Music Festival in December. That is just the start of the magic.

Julia Holter - Silhouette
This woman. There are few times I’ve sat down and listened to a whole album without doing anything else, but Have You In My Wilderness was one of them. Her songs always sound a little wonky and her arrangements are great. There is harpsichord all over this album which is a winner. This track is probably the more pop end of the album.