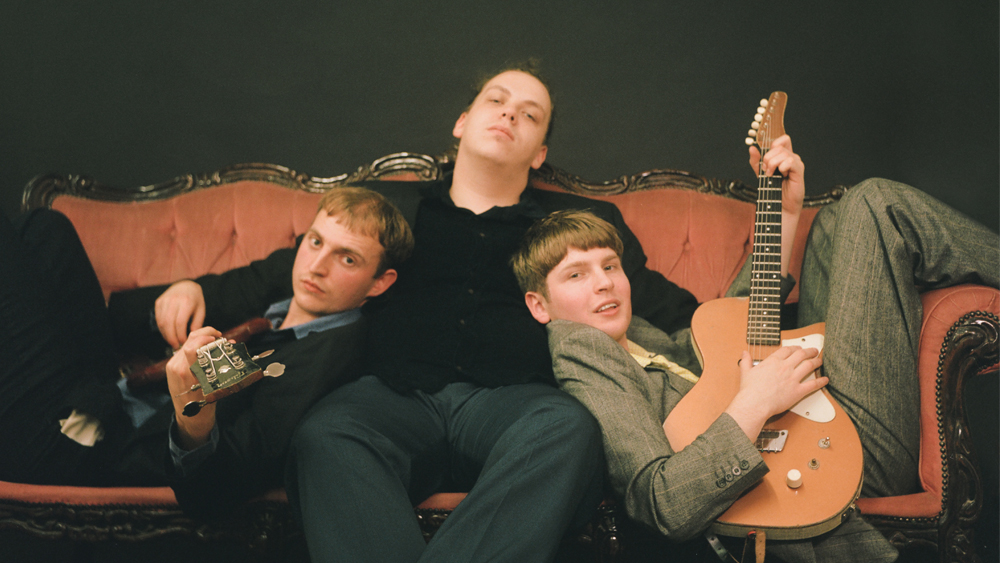 This week we hand over curation duties to the people Indie Banquet, Julia King and Ryan Morgan.

Under the guise of Pizza for the People, promoters Julia and Ryan run a number of Indie Banquets throughout the year and the all-dayers feature ace bands and curated food for each event.

The next Indie Banquet takes place on 24 May at Warf Chambers in Leeds and will feature rising Liverpool trio Trudy & the Romance.

Here the organizers delve into Indie Banquet line up past and future for a playlist full of treats. Dig in…

The Orielles – Sugar Tastes Like Salt
The first time we heard this song live was back at Indie Banquet II and it still wows us both now, over two years later, a well invested 8 minutes 24 seconds if you ask us!

Trudy & The Romance (pictured) – Is There A Place I Can Go
As soon as the opening piano piece rolls, this song takes us to a place we can go and feel happy and sad, in equal measures…wrapped up in a comfortable blanket.

Drahla – Fictional Decision
This one has been in nearly ever playlist we’ve ever put together since its release. Its esoteric, poetic vibe reinforces the band’s love of music, literature and art.  If this song was a city, for us it’d be Berlin. Well thought out, punchy in all the right places and live it’s incredible.

Yowl – Saturday Drag
Yowl are a band that just keep getting better and better, just like this song. We find more and more meaning in the tune and more of a connection with it as time passes. Anxiety is something that hits everyone at some point, albeit in different ways and to different degrees, and to feel someone else’s experiences through this song is in many ways comforting and fills us with a sense of hope.

Lice – The Human Parasite
The first time we heard this one we knew instantly we needed to get Lice on an Indie Banquet, despite them nearly not making it due to a van break down. The added stress of helping to make sure they got to Leeds was worth it for us and we hope it was for them too! Loose, gritty goodness.

Hotel Lux – The Last Hangman
Deep, dark and addictively captivating, Lewis’s vocal delivery and intense, aphotic spoken word just grabs our attention - not just on this song but every Lux release so far. These guys are up there with one of our favourite bands of the last few years.

BDRMM – C:U
This lot come from Hull but their sprawling, soft shoegaze doesn’t sound like anyone else we know from there.  They have become firm friends of ours and since being on at Indie Banquet VI, Ryan couldn’t help but get involved and now manages the band. Climactic, layered fuzz and melodic elements that have been likened to The Cure, the band are definitely one to catch live. For us, this song captures a lot of their energy.

Night Owls – Tragically Human
A band no more but equally not to be forgotten, this is a song that will stand the test of time in our eyes. This ghostly, onomatopoeic affair is one well worth checking out if you aren’t familiar. Their last EP before they called it a day had some masterpieces on it and this was the title track.

Team Picture – Birthday Blues
We asked these guys and girl to play our 2nd Indie Banquet off the back of this one release. Since then they’ve followed it up with release upon release of sheer blissfulness but this one is our winner if we had to choose from their ever-growing arsenal.

Warmduscher – Standing On The Corner
The whole album ‘Whale City’ is a work of art – punchy, bold and controllably chaotic. They are killer live and whipped the crowd up within seconds when they played for us, sending everyone home happy. This one is our stand out track.