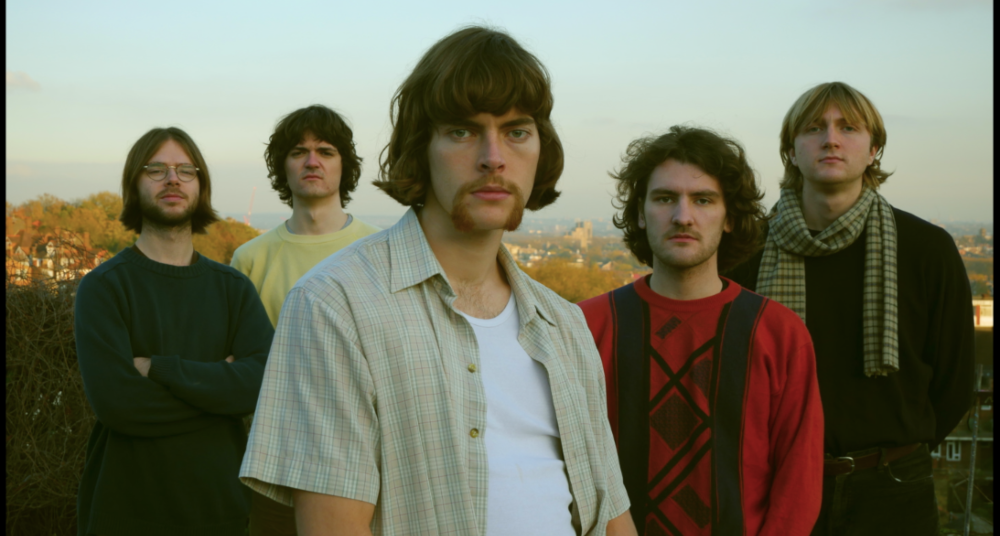 With new music on the horizon, we asked FEET to make us a playlist for the weekend. Tune in.

They released their hotly anticipated debut album What's Inside Is More Than Just Ham via Clapped Records back in 2019 and have since been tipped for big things.

Hailed by NME as a Top 100 Essential New Artist for 2019 and as ‘wonky Britpop for a new gen,’ FEET have been pulsing away on industry radars for a while.

In response to the pandemic and a cancelled tour, the band launched a weekly series of virtual lockdown gigs. The series, called ‘Live From The FEET Flat’ saw the now north London-based band – who all share a flat – performing new material, the first since the release of their debut album.

Ahead of the release of said new music, we asked FEET to make us a playlist.

A seminal little number that many say has paved the way for the electronic inspired guitar music. It’s also on Moby’s ‘Travel’ playlist. Some you win.

A violent ADHD opus that nods gently then quite a lot to the Yamaha PSR ‘DJ’ button. This song has helped me unearth some dance moves which don’t suit nor compliment my abilities as an abysmally shite dancer.

His recent death saddened all of us. His message in this timeless album lives on and couldn’t be more relevant in a world more politically split than ever.

A song which nursed our hungover mornings in the van, something we’d all like to hope we’d be partaking in in the near future.

Rains' picks:
Goat girl - The Man With No Heart or No Brain

This riff is very very good. A novice guitarist such as myself can never hope to write something so sketchy but simple. The inflections in the vocal delivery combined with the accented off beat on the drums drag the song into a chaotic chorus, good stuff.

Probably the best bass-chorus sound I’ve ever heard. The tremolo setting on the guitarist’s pedal is more than likely cranked to 11 as it should be. Plus there’s only 3 members so you know it’s gonna be good

This resides in the frequent chart topper The Roots of Chica 2 album, and for me a permanent place in my heart. The atmosphere these gents whipp up is nothing shy of true joy. The percussion alone could turn any techno pit into a corona advert. Love this music

Sonny and the Sunsets - Well But Strangely Hung Man

Ranks amongst other garage Kings as Ian Svenonius, and deserves far more attention than he gets. Me and Rains were lucky enough to catch him play in Landan last year. Truly the best live frontman I've ever seen, completing the set with a silent guitar solo. Hero.
{ ; } }
Stay up to date with FEET on Twitter, Instagram and via their website.
Features