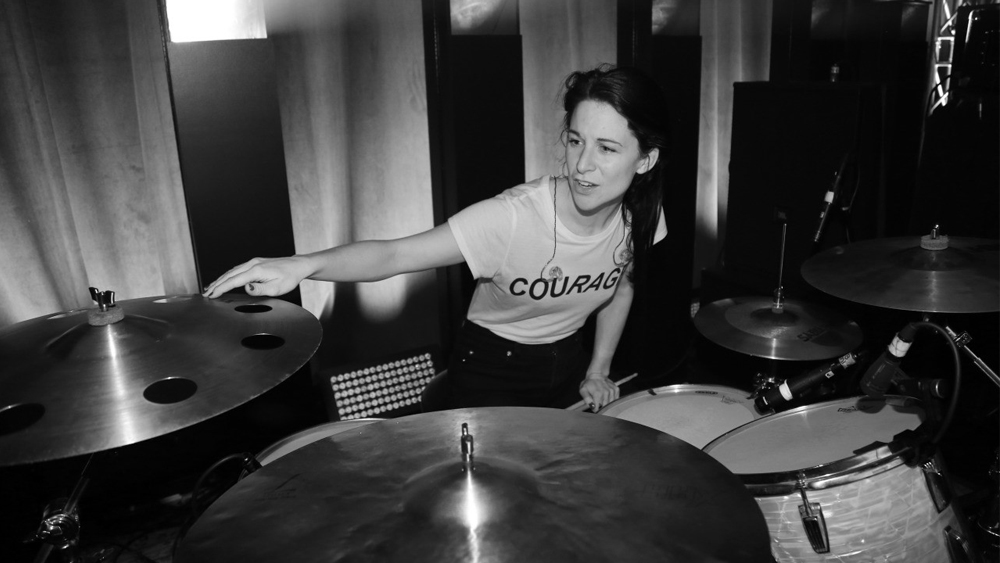 This week’s playlist comes from none other than Savage’s Fay Milton.

This week’s playlist comes from none other than Fay Milton.

Fay is the drummer from apocalyptic post-punk band, Savages, hosts an all-female party night called Too Many Man and is currently working on an album with her new project 180dB.

Fay is also a co-founder of Music Declares Emergency which is an initiative getting the music industry together to take action and speak out about the climate and ecological emergency.

Ahead of her talk at Womxn+ in Music and a Too Many Man DJ set at YES, Manchester, on Saturday, Fay has curated a stellar playlist for M.

Shingai – Coming Home
Shingai is one of my oldest friends and anyone who has met her will agree is an incredible inspiring human full of love and energy and is also a font of incredible talent. This track from her latest EP makes me feel so uplifted and comforted, it’s one to put on to brush away the cobwebs and put on when the world feels a bit grey and sinister.

Kim Gordon – Murdered Out
This song is so sexy. The whole of KG’s latest album is incredible, listening to it, I felt like KG has carved out a new place in music and female identity that didn’t exist before. Pure creation. I want to be this album.

180dB – Road Trip
This is the first release from my new project 180dB. Featuring the fierce vocals of Meredith Graves (Perfect Pussy), Nick Zinner (Yeah Yeah Yeahs)’s razor wire guitar and my musical wife Ayse Hassan’s badass bass. Also it’s a cover of a track Goldie made with Skepta, check out the original. We’re half way through making a whole album of collabs and there may or may not be some artists on this playlist featured…

Mattiel – Keep The Change
It was a good old-fashioned algorithm-free recommendation someone gave me at a party to listen to Mattiel. I listened to the album walking around Epping Forest on a sunny morning and instantly loved her voice and spirit, music to put a spring in your step!

Esya – Lost
This is my bandmate and musical-wife Ayse Hassan’s solo project. I love this song. Ayse’s music always comes from such a natural and genuine place, writing with her in Savages and 180dB is always an amazing process, music just seems to flow from her effortlessly and it’s always bad ass af. She has an album on the way in 2020!

Yaeji – raingurl
This is an ultimate Too Many Man track - I love that it’s not only super cool, but also a massive banger and always gets people dancing. I love playing a whole night of femme party music, from stuff like this to Madonna and Kylie, there’s always such a great energy in the room. It’s amazing how music is the gift that keeps giving, nobody is immune to massive party hits and imho women do it best.

Shygirl – BB
Shygirl is my favourite artist at the moment, I love everything she does, so it’s super hard to choose a track. There are sounds in this that remind me of the rave tracks me and my best friend used to listen to when we were 13-year-olds in Bromley. Maybe it’s a South London thing, love it love it love it.

Cosima – Unnamed
Cosima is such a huge talent, her voice!! It speaks for itself. She has loads of amazing new music out but this was the first track I heard of hers and was instantly a massive fan.  I don’t know what else to say here, just listen!

Ex:Re – Too Sad
This is Elena Tonra (Daughter)’s solo project. She’s such a sweet, funny and lovely person and started writing this album when we were living together in London. It blows my mind that in between cups of tea in the kitchen, this was happening. The whole Ex:Re album is heartbreaking and beautiful, I love the production too, listen to the bass sound on this track. I’m all about that bass.

Roxette – Listen to Your Heart
The singer of Roxette, Marie Fredriksson, sadly passed last year and the announcement came on the same day as the UK general election. As the election results came in, I just remember walking home from where I had been canvassing, blasting this track in my headphones and feeling devastated but also somehow held in an embrace by the music.

For more information about Too Many Man at YES, Manchester, please visit facebook.com