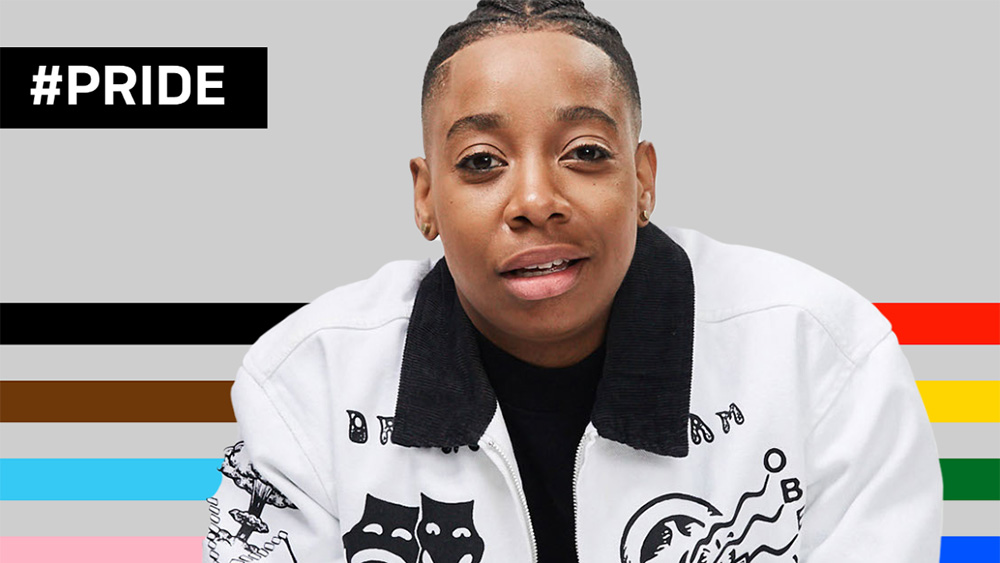 Since leaving her post at the BBC, Dotty has become Lead Cultural Curator, UK for Apple Music and daily host on Apple Music 1. Dotty is also the author of Outraged: Why Everyone is Shouting And No One is Talking (Bloomsbury Publishing).

Who better to make us a playlist for the weekend?

This song was poetically ground-breaking; the first time a man had sung so openly about loving another man on a mainstream R&B record. A very powerful addition to Frank Ocean’s critically acclaimed album Channel Orange which was released shortly after he came out in 2012.

Janelle Monae is beautifully fluid in every sense. Unbound by rules or categories in both her sexual identity and musical expression. Make Me Feel is proof of this, a sonic triumph laced with synths that sound like they were hand delivered by Prince himself.

The Internet are an alt-R&B band fronted by singer songwriter Syd who is a pioneer for masculine presenting queer black women and a formidable presence in hip hop collective Odd Future. Girl is an anthem for women that love women, with lyrics like 'Would you let me call you my girl, my girlfriend, my girlfriend?'

Young MA is a force, exploding onto the rap scene with the 2016 banger OOOUUU a track laced with punchlines and bravado that make it very clear she could take your girl.

Angel Haze is a pansexual rapper from New York who made a real impression on me with this 2012 record. Razor sharp lyrics delivered with skippy precision. They have since changed their name to ROES but there is no forgetting the impact of this one from Angel Haze.

Tyler The Creator - I Ain’t Got Time

Tyler The Creator’s relationship with his sexuality is something that fans of the Odd Future co-founder have watched him navigate in real time, having emerged with provocative and ostensibly homophobic lyrics before going on to embrace his own identity in a series of breadcrumbs that suggested he was 'coming out'. 'Next line I'll have em' like woah,' he said on the 2018 track I Ain't Got Time, 'I've been kissing white boys since 2004.'

'Brown skin like Eva, sweet like Indomie' is a lyric that was stuck in my head for months when this song came out in 2020. Accompanied by a music video with a bevy of video girls that gave a subtle nod to Darkoo’s refreshing freedom of expression.

Kaytranada - You’re The One

Kaytranada, an openly gay force of nature, joining forces with Syd on this one, a match made in LGBTQ heaven. Sonically this track is amongst their best work.

Shades of Azealia Banks’ 212 on this one from Brooklyn’s Cakes Da Killa, an openly gay rapper that marries the sounds of hip hop and electronic dance. A breath of fresh air for LGBTQ representation in rap.

Disclosure played a blinder on this. Linking up with two of the most important voices for queer women in R&B.  Syd and Kehlani sound beautiful side by side on this one, which also happens to be one of my favourite songs from Disclosure. A song that might have you texting your ex on their birthday.

MNEK ventured into unchartered territory as an openly gay black male in the British music scene and has been living his truth in everything from his music videos to his artwork ever since. But it was on his 2018 album Language, an unapologetically open account of his love life, that MNEK truly set out his manifesto. A masterful song-writing talent that will be around for years to come.