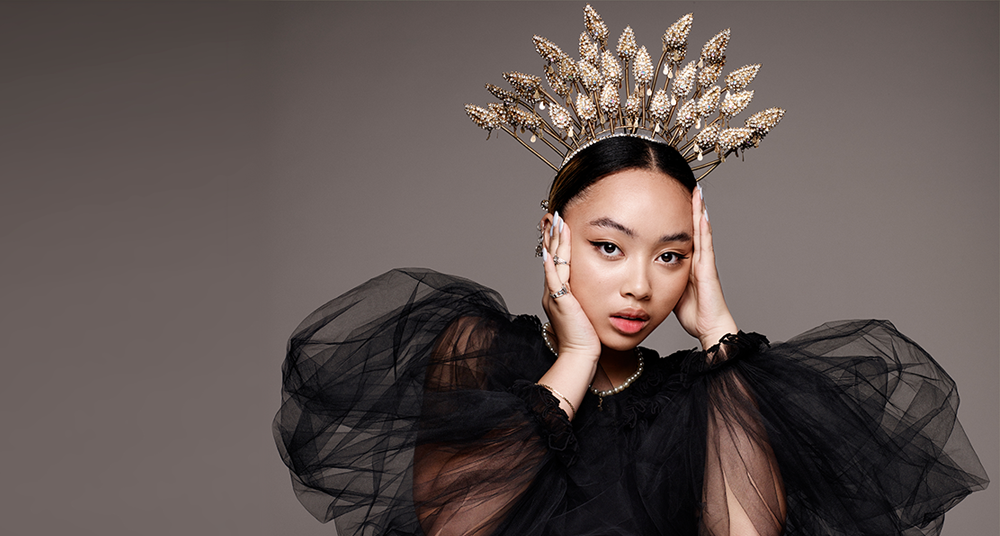 To wrap up our International Women’s Day curation, we’ve got a playlist from PRS for Music Outreach Manager Claire Rose.

PRS for Music Outreach Manager, Claire Rose, gives us the skinny on some of the artists she’s had her eyes on through the Outreach Talent Identification programme (TIP).

TIP seeks to identify and engage with emerging artists. PRS for Music members identified under TIP have gone on to be featured in the BBC Music Sound Of lists, nominated for BRITs Critics’ Choice Awards and have won at the Grammys, the AIM Awards and the Mercurys.

Championed by the likes of Mark Riley, NME, DIY and SXSW, Los Bitchos are on track for a massive 2021. A cumbia-inspired, groove-heavy indie dance band, they’ve toured with Mac De Marco and Bill Ryder-Jones and recently launched their own radio show, Planet Bitchos. The radio show is the perfect way to escape the realities of lockdown and sees the band exploring culture, music and people from all over the world. We highly recommended pairing with a cocktail.

South East London’s Shygirl released ALIAS in 2020 and it was just what the world needed. The EP teleports us to the future where we find ourselves in a dark, sweaty club, dancing euphorically like no one is watching. Shygirl’s delivery is sharp and venomous and is perfectly paired with her bold, focused production. Her music is honest, shameless and empowering and brings us closer to the nightlife that we so desperately crave.

Sunflower Thieves create harmonies to transport you to warmer climes. The duo provide intimate, atmospheric, synth-folk which is full of emotion, yet are expert in summoning a sense of calm. Their latest single, Hide and Seek, is a triumph and proves that Sunflower Thieves are an unstoppable team who have complete creative control in every aspect of their music.

Pip Millet has a voice you could get lost in forever. She released her debut EP, Lost In June, last year and it expertly showcases her talent as a songwriter. Pip is an incredible, emotional lyricist who tells stories of heartbreak, long-distance relationships, turmoil and self-care. These subjects are prevalent in one of her most popular tracks, Make Me Cry. Through her music and her reassuring tone, Pip gives us permission to embrace our emotions, which is not always easy.

Lady Ice made her first TV appearance on a show called Must Be The Music with Dizzee Rascal at the age of 16 and then went on to compete on the X factor in 2012. Having received support from the likes of Annic Mac, Toddla T, Capital Xtra and Kiss FM, Lady Ice has been busy making even bigger waves of late. Her latest single, No More Secrets, boasts clever, sharp lyrics about issues such as mental health and domestic disputes.

Born and raised in Manchester, OneDa is high on our list of ones to watch. OneDa has been championed by BBC Radio 1 and 1Xtra and in 2019, headlined Manchester Pride and BBC Introducing at Manchester Festival; the first female to do so. She is a total powerhouse who not only writes incredible music, but also realises the importance of giving back to the scene and helping others on their journey. In 2020, she released her latest EP, OneDa Land which proves that she is continuing to hone her craft, deliver us banger after banger and let nothing block her path to success.

Following an outstanding 2020, Griff is pop music’s new rising star. Not only is she a brilliant songwriter, but her own producer, stylist and video director. She even makes her own clothes. A formidable songwriter, Griff explores loss, heartbreak, betrayal and dealing with being a hormonal teenager and found herself fifth in the BBC Sound of 2021 list.

Nuha Ruby Ra is the powerful, punk queen we have all been waiting for. Her writing covers love, loss, depression, desire and also what it means to overcome personal and emotional obstacles. She has toured alongside Amyl and the Sniffers, Snapped Ankles and Bo Nigen and has a firm spot on our ‘Must See Live’ list. Following her latest single release, Sparky, Nuha Ruby Ra is releasing her debut new album, How To Move, this spring and we cannot wait.

The garage-rock duo ARXX released their new track Call Me Crazy last year and were praised by the likes of Steve Lamacq and Sophie K. The track itself contains honest lyrics about mental health struggles which is evidently something the duo are passionate about, as well as championing women and non-binary artists. Catch the pair supporting Muncie Girls this year at Oslo in Hackney and check out their podcast ARXX US ANYTHING.

If there is someone we need more of in 2021, it’s Baby Queen. Combining her dreamy vocals and melodic guitar riffs to make gorgeous synth pop, Baby Queen is on her way to stardom. She released her debut single Raw Thoughts this year, a track that has been heavily supported by BBC Radio 1 and one that we’ve all had on repeat.

Bored At My Grandma’s House

If you haven’t listened to JGrrey, then we implore you to do so. Her silky tones, honest and relatable lyrics and her sophisticated style are awe-inspiring. JGrrey has been making waves for a little while but always stays true to herself, ensuring she is making music for her own benefit and only releasing it when she is ready. JGrrey has made fans of Annie Mac and Billie Eilish since the release of her debut EP, Grrey Daze, and has certainly found fans in us too.

Are we lost in a psychedelic dream world or are we listening to Pixey? It is hard to tell but wherever we are, we would very much like to stay. Pixey’s soft, harmonic voice partnered with her hypnotic sound is simply made to disappear into. Pixey is getting attention in all the right places, with support from Radio 1 and Radio X, as well as taking on major festivals like The Great Escape, Live at Leeds and Liverpool Sound City. We are loving what Pixey is giving us and we are thirsty for more.

Nova Twins are key players when it comes to championing diversity and inclusivity in the music industry; one of their areas of focus being of the lack of representation in rock. The London duo recently released a compilation album called Voices For The Unheard which features artists such as Big Joanie, Connie Constance, Loathe and many more. Their 2020 album, Who Are The Girls? sees the band using a combination of bass and guitar pedals to create a serious depth of sound. The duo are true creative leaders having control over everything they put out from the music, to the outfits they wear, to direction of their music videos.

Holly, Ellie, Lottie and Rosy are the four powerhouses who make up the incredible post-punk band, Goat Girl. The band released their second album, On All Fours, in January and we have not stopped listening to since. The album’s lyrics are strong, political, powerful and are perfectly matched with the band’s unique sound.

IAMDDB is leading the way for a new generation of female artists. Her music is inspired by the likes of Nat King Cole and Erykah Badu and, combined with her own trap and R&B leanings, makes or for something refreshing and exciting. A songwriter since the age of seven, she continues to develop her creativity by having control over all aspects of her music career, including her music videos. IAMDDB is an inspiration to all young musicians and creatives and is the empowered leader that we are fully behind.

Rina Sawayama blends her pop anthems with everything from nu-metal to house and R&B. You can’t help but notice the emotions being poured into her music as she writes about issues such as identity and sexuality. It’s little wonder her music has been so highly praised and saw her placed third in The Guardian’s Best Albums of 2020.

Nubya Garcia is an award-winning saxophonist, composer and DJ who released her debut album, Source, just last year. The album is a Jazz masterpiece that features has non-traditional moments are unexpected but absolutely thrilling. Garcia has firmly planted herself in the Jazz music scene, already winning multiple awards such as the Jazz FM Breakthrough Act of the Year, the Sky Arts Breakthrough Act of the Year and the Jazz FM UK Jazz Act of the year.

Billy Nomate’s music is blunt, cleverly written and highlights topics such as class, propaganda, depression and social expectations. She recorded her debut new album with Portishead’s Geoff Barrow and released it with Invada. It has since been extremely well received by the music industry with the likes Jason Williams (Sleaford Mods) and BBC 6 Music getting behind her. Having recently put out another new single by the name of Heels, Billy Nomates is the gift that keeps on giving. 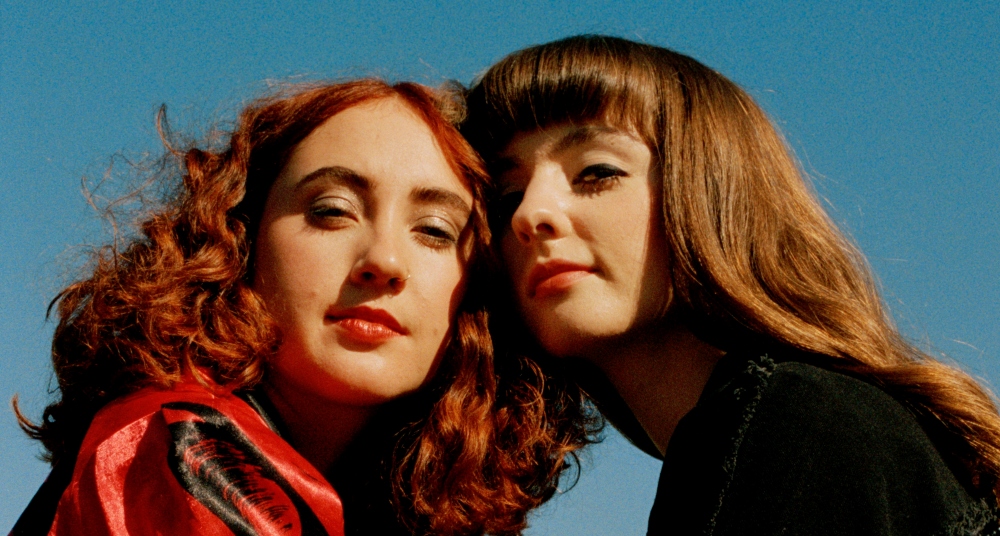 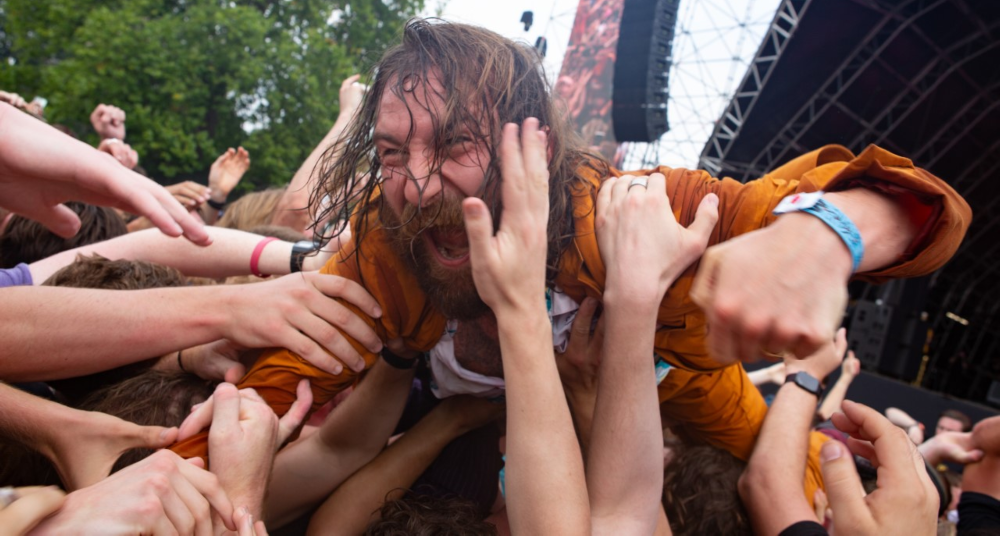