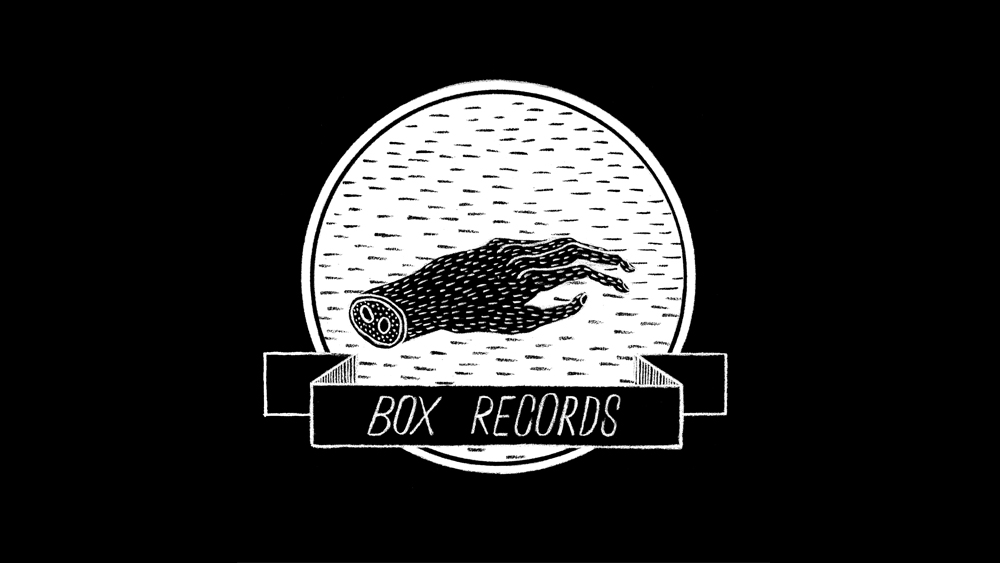 Box Records' label founder Matt Baty compiles a playlist to showcase some of the fine work the label has put out over the last decade.

There’s no doubt Baty revels in putting out music at the more abrasive end of the spectrum – from Foot Hair’s brilliantly troubling racket through the twin drum antics of Luminous Bodies and twisted psych of Haikai No Ku, Box Records’ releases are rarely for the faint of heart.

That said, the Newcastle-based label's roster both past and present caters to a multitude of listeners needs and desires, so alongside the monstrous riffs of Lower Slaughter and the wily punk fire of ILL, you’ll find the Ore’s magnificently melancholy doom tuba and Richard Dawson’s singularly stirring The Magic Bridge.

Box Records started 10 years ago with the release of a split 7” from Gnod and Bong and continues to champion the best of the underground.

To mark the anniversary Box are putting on a brace of birthday bashes featuring many bands on their current roster in Manchester and London to celebrate the milestone.

Ahead of the parties, Matt has compiled a playlist to showcase some of the fine work the label has put out over the last decade. Brace yourselves and dig in…

Haikai No Ku – Strung Out Beyond The Rim (not on Spotify)
This band features the uncompromising brilliance of guitarist Mike Vest. This record was released in 2014 when I was just getting back into the swing of releasing records after a bit of a hiatus for the label. At the time Ultra High Dimensionality soaked up a lot of paranoia and spit it back at me. It was (and still is) very good medicine.

Big Lad – Ted Banger
If you're listening to this and think it's your bag make sure you see them live! Henry's drumming at times defies what a human should be physically capable of doing with just two arms and Wayne's electronics take no prisoners. None. They're all freed of their shackles and partying hard to Big Lad.

Richard Dawson – Black Dog In The Sky
I'd taken some time off from releasing music when Richard self-released his Magic Bridge album. He did a run of CDs but no vinyl version. "To hell with that" thought me and my friends, so we went about trying to make a vinyl release possible, and we did! The Box Records pressing of this album has long been sold out, but it's been reissued by Domino Records. This song makes me cry... every time.

ORE – Scarn
I got an email about an unreleased album that was described as 'tuba doom'. "This isn't going to work", I thought to myself as I clicked on the listening link. I was wrong, damn wrong. There's a solemn undertone in ORE songs which are serene but also feel quite mournful. I'm pleased I've played a part in releasing quite possibly the world's only 'tuba doom' record. Take that Sony!

ILL – Stuck On A Loop
I think this is the closest I've come to releasing a ‘pop song’ (I use this term loosely) but hell, it's got every ounce of grit, fire, attitude and energy I want from the music I release. Stuck On A Loop is from ILL's debut album We Are ILL. I'm always very proud to be involved with a band's debut album or release. There's something particularly exciting about the lead up to releasing a band's first record and ILL got off to a flyer with We Are ILL.

Girl Sweat – Gasoline Breeze
I first saw Girl Sweat do his thing in the Tyne Bar in Newcastle supporting The Cosmic Dead. He ended his performance marching up and down on top of the bar in bare feet with glasses smashing around him. It was like that scene from that film I've never watched, only I imagine I witnessed something much more exciting.

Casual Nun – Stripes
Casual Nun specialise in 'No Fucking Around Noisy Psych Rock Jams'. They're a bunch of Greek dudes and an American, and the most handsome of Box Records alumni. They've also released music on Hominid Sounds and God Unknown too. Two labels well worth checking out if you're into this sort of racket.

Foot Hair – King Of Scum
Ugly, relentless and distressing. This song is a stone-cold Box Records classic. Foot Hair aren't so active anymore but do occasionally pop their heads up from the underworld for the odd gig. They also have my favourite band name on Box Records.

Luminous Bodies – Man's Milk
You want to come away from a gig feeling like a million bucks? Then don't go to any gig, go to a Luminous Bodies gig. I think this band personify the blueprint of Box Records. I'm unsure if I can put any philosophy into coherent prose but if I did, I'd probably use words like 'exuberance', 'celebratory', 'passionate' and 'liberating'. I'm in love with Luminous Bodies.