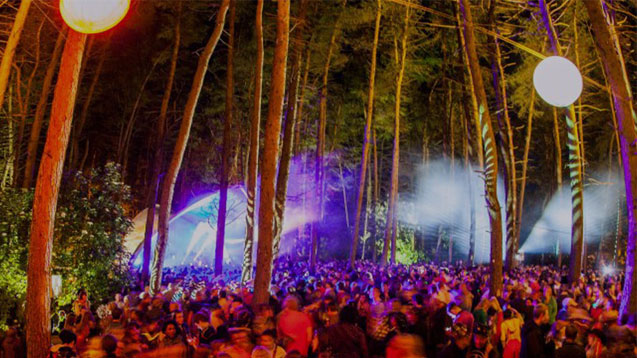 Ahead of this year's electronic extravaganza, Beat-Herder co-founder Nick Chambers gives us a preview, including Soulwax, Ibibio Sound Machine, Orbital and Lindstrom.

Beat-Header Festival has been steering thousands of happy campers through bleep-heavy lost weekends in central Lancashire for over a decade now.

Gathering the great and good from the international dance music community and beyond, it consistently has one of the most solid line-ups in the festival season - and the biggest reputation for wall-to-wall fun.

This year is no exception, with Orbital, Soulwax, Lindstrom, Erol Alkan and Django Django on the bill.

As festival co-founder Nick Chambers gears up to open the gates on 13 July, he lets us in on some of his highlights gracing the main stage this year…

Django Django – In Your Beat
The hyper-poppy psych-merchants have been touring their fresh-off-the-presses record Marble Skies with typical bombast. We expect new wave momentum with chirpy synths and ear-infesting hooks!

Boney M – Sunny
The old-school boogie-compelling legends! This Euro-Caribbean outfit are one of the biggest-selling acts of all time. Anthemic classics like Sunny cheer everyone up!

Congo Natty – Get Ready
Congo is fighting the good fight against the mental slavery of our times. Freedom in music can be discovered through passionate words and spiritual melodies.

Breakage, David Rodigan – Together
UK reggae giant and saint of syncopation David Rodigan has been in, around and behind the scene since its inception. He’s a true homegrown legend with a long list of awards.

High Contrast – Remind Me
Welsh DnB artist came out of incubation in the early 2000s and has recently been bobbing about everywhere delivering modern day dance classics.

Morcheeba – Never Undo
Mellow moods with an impressive mixture of influences from trip-hop, rock, folk-rock and downtempo. Morcheeba are for settling down.

Hollie Cook – Angel Fire
Hollie terms her style as ‘tropical pop’: sixties’ girl groups mixed with reggae and rocksteady. Songs of love and resilience with an exotic taste to sweeten the deal.

The Lancashire Hotpots – Chippy Tea
Lancashire pride is strong with these local heroes. Sing-alongs that compel to join in the fun!

Honeyfeet – Sinner
Another charming Mancunian act playing joyful and foot-banging tunes. Blend of Afro-funk, folk, blues and one of the most striking frontwomen Ríoghnach Connolly.