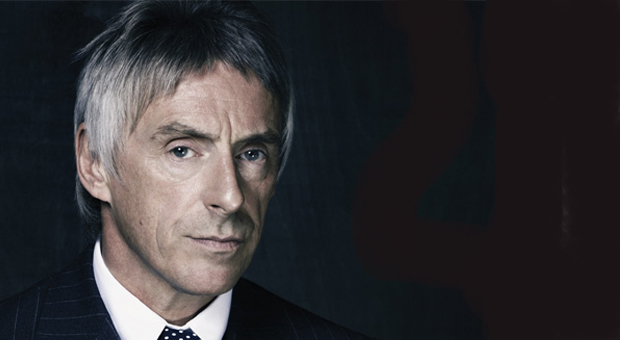 As London Fashion Week kicks off, the modfather chats about his musical highs and lows, and his love of stylish threads

Paul Weller has said he felt ‘washed up’ when he found himself without a record deal or band after the demise of The Style Council in 1989.

Chatting to men's fashion designer John Varvatos at an intimate Q&A session in London, The Jam and Style Council founder said that, aged 31, he ‘had nothing, no enthusiasm for anything, certainly not music’.

However, he soon got back on the horse and has since released 12 solo records, a fashion range and now, a lavish coffee table book which celebrates his unique style sense over the years.

The leather-bound tome, Into Tomorrow, offers a visual chronicle of his 22-year solo career, with 800 handpicked photographs taken by photographer Lawrence Watson.

On the eve of London Fashion Week, John invited the modfather into his central London clothes store for a chinwag about his early musical career and his sartorial influences.

Here’s an excerpt from their conversation…

John: Where did it all start for you?
Paul: It all kicked off for me when I saw the Sex Pistols and The Clash in 1976. I was too young to be part of the sixties so I was waiting for our time. I’d heard all these great stories from back then but my generation had missed out on that.

In England, the seventies were really drab: three day weeks and power cuts and a lot of unrest. I was waiting for the signal for when it would be our time. When I saw the Pistols in 1976 it was the flare that had been shot up into the sky to tell us all it was our time.

I was already playing by then but it was the first time for me that I was able to play in London to people who were my age. I was 16, 17 at the time.

You were responsible for the mod revival in the seventies and eighties – and have since become known as the modfather. The mod style really became part of your DNA, didn’t it?
Yes, I got into all the mod stuff in about 1975. It just hit me. It was a real awakening. I got really into it and I’ve never really stopped. Once you’re in it, you’re in it for good! The rest of The Jam got into it too. We trooped off to Burton’s to get black suits made, which lasted us a number of years until they eventually shrunk!

Was your mother or father into style? Where does that interest come from?
My mum was very young when she had me and she was into clothes, definitely. she couldn't afford many but she loved clothes. She still is, she still dresses well. I guess the influence is from her. I've seen photos of my mum and dad from the late fifties and they both look amazing.

When The Jam ended in 1982, what was the thought process?
It was a personal decision. I’d been doing the band since I was 14 and I was 24 when I left. I wanted to see what else I could be, what other person I could be, what other music I could play, who else I could work with. It was no reflection on what we were doing, it’s just that I needed to get away and do my own thing.

How did The Style Council come together?
There was no actual band, it was more of a collective thing. There was me and Mick Talbot, our keyboard player, and we would always just invite different people into the studio and play with different people on different tracks. It was more of a floating line-up. It was great to attempt different styles of music… however successfully or unsuccessfully! There were no guidelines, we made it up as we went along.

So after a while, you felt you wanted a new direction again?
The Style Council just fizzled out to be honest. The first three years were fantastic and then we lost interest. It didn’t so much stop, we just ran out. And then I took a long time off – maybe two years. It wasn’t through choice, I got dropped by the label and I didn’t have a band. I had nothing, no enthusiasm for anything, certainly not for music. It was weird, I was only 31 and I felt washed up and had lost my direction. But I came back.

You’ve had a really varied musical career since then – what makes you want to mix it up so much?
I just want to keep things interesting. I get bored so I want to try new things and see how far I can go with it.

Paul Weller was on the cover of M magazine back in 2012 - read the feature.

Into Tomorrow is published by Genesis Publications and is available now from wellerbook.com

https://www.johnvarvatos.com/storedetails?StoreID=5514
Features
Back to top