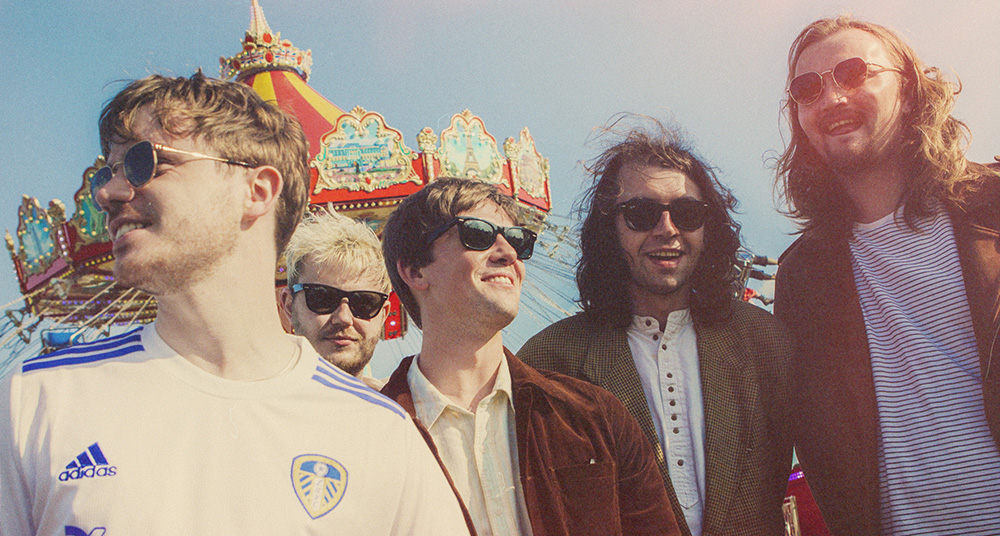 There’s no doubt that music has helped improve the mental and emotional health of both listeners and creators for decades. For some, that’s never been more true over the last 18 months, when many have had to deal with uncertainty, fear and stress due to the global pandemic and music has provided a source of comfort and distraction.

In Spotify’s Culture Next 2021 report, 77 percent of millennials and 67 percent of Gen Zs in the UK (who were surveyed in April) agreed that they use audio to reduce their stress levels. In addition, 64 percent of Gen Zs reported feeling ‘more centred and generally happier’ when listening to their favourite music on a daily basis.

Tom Connaughton, Spotify’s UK and Ireland managing director, says listening habits during COVID have mirrored developments in the outside world. ‘During lockdown, we saw people leaning heavily into chill and laid-back music. But as we emerged from lockdown, we started seeing a significant uptick in celebratory streaming moments, with a 19 percent increase in streaming of the party moment and a seven percent decrease in streaming of the chill moment.’

For some creators, lockdowns offered the opportunity to knuckle down in the (home) studio and create. Taylor Swift released not one but two albums last year and has followed those up with re-recorded versions of earlier releases Fearless and Red. Charli XCX produced How I’m Feeling Now across six weeks in lockdown in collaboration with her fans, and Elton John created The Lockdown Sessions after his tour was postponed.

London-born singer and songwriter Anoushka Lucas has also enjoyed a surge in creativity and found that the forced downtime reconnected her to the joy of playing piano, writing songs and making music after spending the last few years focusing on theatre. When three work projects stopped, she started playing piano every day for the first time ‘in a decade’. That led to writing new songs, which she learned to record and produce herself for the first time.

‘Every day, I’d pick a different song that I liked and worked out the chords and then I started posting videos on Instagram of me singing Disney songs or covers that everyone knows,’ she says. ‘It was really satisfying. I realised that at some point, I’ve got so caught up in the idea of making music a career, making money and being successful that I forgot I started writing songs at 14 and just really enjoyed the experience of singing them to other people.’

Charlie Glover-Wright, who is lead vocalist, drummer and chief songwriter for four-piece band Weird Milk, also found comfort in creating after being served the huge disappointment of a cancelled SXSW show and support slot on tour in the US with The Orielles. ‘The lockdown, in a creative sense, suited me quite a lot because it took away any immediate thing that we had to do. We weren’t tied down to anything and didn’t have any deadlines,’ he explains. Alongside his bandmate and flatmate Alex Griffiths, Glover-Wright found inspiration in watching films and spent time improving his production and recording skills. This resulted in the band’s latest EP, We Were Strangers, as well as a chunk of new material in the bank.

For others, the isolation of the pandemic had the opposite effect on creative productivity. Composer and arranger Peter Birkby found that the lack of in-person contact resulted in a long creative block. ‘For me, I need personal and musical interactions with other people and I just stopped. I couldn’t put pen to paper or computer, or anything, it just didn’t happen. Music took a real backseat.’ Since his bands have been meeting again, however, the ideas are coming thick and fast. ‘I get ideas three or four times a day!’

Birkby isn’t an anomaly. The British Association for Performing Arts Medicine (BAPAM)  has been hosting a community drop-in that focuses on supporting musicians to build healthy practice habits and gain support from peers. At the start of the pandemic, BAPAM chief executive Claire Cordeaux says lots of attendees were saying they couldn’t even pick up their instrument. ‘Not only were they not creating, but they weren’t even able to engage.’ She continues: ‘For a number of people, social engagement and engagement with the audience is part of a co-creation — you write something, but it comes alive when you perform it with an audience. Without that, the whole purpose of doing it just seems pointless.’

Creativity can also be stalled by mental and emotional stress, which was high amongst musicians during the pandemic, according to a Help Musicians survey. Of the more than 700 musicians who took part in the study, which was published in March, 87 percent said their mental health had deteriorated over the last year. This was due to financial worries as well as concerns about the impact of Brexit on the music industry.

Research suggests musicians are more likely to experience mental ill-health than the general public, regardless of a career-stalling global pandemic, so it’s even more important that they look after their health while still dealing with the fallout of the last 18 months. Now that the industry (fingers crossed) is starting back up again and live shows are possible, it might be tempting to run full pelt in order to make up for lost time, but there are both physical and mental health risks in doing so.

Cordeaux explains: ‘Bear in mind that you’re probably not match fit if you’ve not been able to keep playing and performing on a regular basis. Don’t go at it 100 miles an hour, pace yourself, build yourself up.’ Healthcare could include regular exercise, meditation, yoga, breathing or other grounding techniques that promote relaxation. It’s also important to have structure, Cordeaux adds. ‘The importance of having some sort of routine came up during lockdown but it’s also important now that things get busier to make sure you build in health routines as much as you build in your practice and rehearsal.’

When working out your own healthcare routine, remember that what works for someone else, might not work for you. Alexandra Williamson, who is founder of music industry mental health and addiction support organisation, Blue Rhythm, explains: ‘We’re living in an environment where there’s a plethora of advice out there for mental health and tips from people saying what they’re doing has completely changed their lives. But often, people feel very discouraged if they try these suggestions and they have no effect on them.’ As a result, it’s important to realise you’re your own person and check in with yourself regularly, whether that’s through journalling or just talking out loud. Williamson adds: ‘Then, set up things to reward yourself when you’ve reached a deadline or an accomplishment and set aside time to do things you enjoy.’

Finally, it’s essential to give yourself grace and to access preventative care during what might be a tough transition period. Williamson concludes: ‘We’ve heard from so many people who want to go back to festivals and when they get there, it’s overwhelming. So much has changed over the last two years that you can’t expect yourself to be the same person or return to things immediately in the exact same way and have the same responses.

‘COVID has taught us to act preventatively, whether that’s making sure you have enough toilet paper or groceries, and it’s the same mindset that’s required for your mental health. Even if you’re not anticipating high stress levels, burnout or panic attacks, it’s never too early to speak to a mental health professional and just check in.’
Features