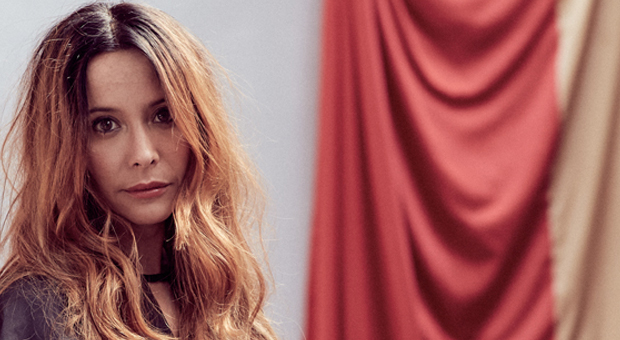 Nerina Pallot chats about her new LP, her aversion to co-writing and the importance of taking negative reviews to heart…

'Talk to any songwriter and I’m sure they’ll say that songwriting is 90 percent mucking around and 10 percent actually committing to tape,’ says Ivor and BRIT Award-nominated artist Nerina Pallot.

She's reflecting on the process having just written and released her fifth studio album, The Sound and the Fury. It came together following an intense project - The Year of the EPs - which saw her record and release five songs a month for a whole year.

With such a tight turnaround, Nerina’s usual creative patterns were disrupted: ‘Now I’m quite an impatient writer,’ she explains. ‘If I don’t feel it’s going to come fairly quickly I move on. There’s no point wasting time. Just keep going until you find the most compelling idea that day.’

The approach has resulted in an album more musically bold, bluesy and restless than her previous, and marries well with Nerina’s new found stream-of-consciousness lyrical themes.

Here, she chats about the album, her aversion to co-writing – even though she’s written for Kylie – and the importance of taking negative reviews to heart…

Can you tell me more about the making of your new album The Sound and the Fury?
It took a while to come together. The final album is comprised of some of the things I did as part of The Year of the EPs project.

I started work on the album about two years ago, but I didn’t know then what it would become. There were tracks which were just naturally very different from my previous record, and I wondered how I would bridge that gap. Then I came up with The Year of the EPs, so I could take my music and my fans on a musical adventure.

There were three or four tracks that I wanted my album to sound like, and it became clear throughout the year which tracks from the EPs would fit that. So the album was a collaboration between that project and some songs I’d started previously. 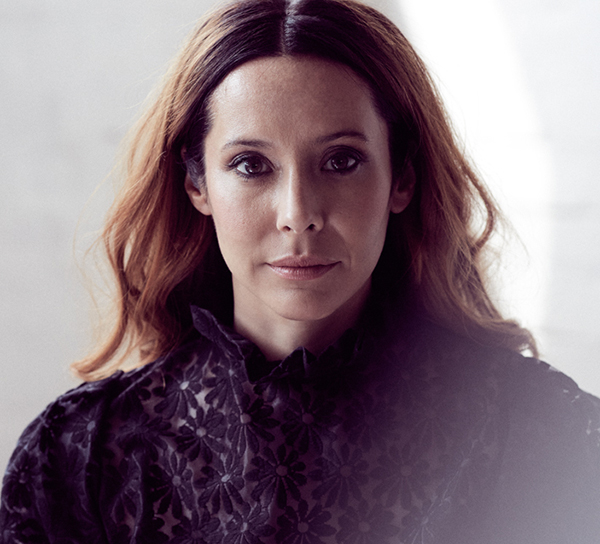 How did The Year of the EPs project change your music-making process? Did it encourage you to write and record in new ways and places?
Yes, definitely. I made a Christmas EP in one day and we had so much fun with the band. It was such a disciplined procedure, where I had to have everything written up beforehand so we could race through it, but it was a real high to finish. We all loved doing it so quickly.

I realised then that if I did a lot of work on my own writing and prepping, then each month we could go into the studio and cut five tracks or more. We did that a lot of months, while other times I worked alone.

It was good to have that level of discipline and keep bankers’ hours. Even though I was writing and releasing five songs a month, I was writing more like eight or nine songs to make sure the five I used were ok. I didn’t want to just write five and say, ‘that’s your lot’. They had to have a standard of quality. It was really labour-intensive but I guess if you talk to any songwriter I’m sure they’ll say that songwriting is 90 percent mucking around and 10 percent actually committing to tape.

Oh my god, I literally come out in cold sweats when anyone makes me listen to my first record!

How have those processes influenced the outcome?
I think you hone things a lot quicker when you work like that. Now I’m quite an impatient writer. If I don’t feel it’s going to come fairly quickly I move on. There’s no point wasting time. Just keep going until you find the most compelling idea that day. It’s made me much more efficient.

How has your sound changed since your first record in 2001? Have you consciously shaped the direction you’ve gone in?
Oh my god, I literally come out in cold sweats when anyone makes me listen to that first record! I have to be really careful what I say because a lot of fans are attached to it and don’t understand why I’m so negative about it. I just hear someone that doesn’t know much about songwriting or singing – but thinks she does. I see someone that doesn’t have any identity, has just been given a ginormous recording advance and has been indulged in every way shape and form. I think it was a lost opportunity to make something amazing.

How long did it take you to develop into something you are happy with?
I don’t think I have yet. I can always get better at songwriting. I think my second album, Fires, is where I built an audience and figured out my songwriting voice. I learned how to write succinctly, commercially, and still be emotional. But if you listen to that record, I still don’t think I’d found my identity.

Every artist always thinks their latest album is their best, but to me, this new one really is. Everything I’ve learned from the process and journey is in there – I hope I’ve managed to distil it all into 11 songs.

You’ve written for other people – are you still doing that? If so, how does the songwriting process differ?
I do it less and less because I don’t really enjoy it. I wish I was better at it. When I’ve worked with other people, they’ve tended to use songs that I’ve already written. Occasionally it works out well but generally, I’m quite a solitary writer and I don’t tend to write with other people. When I’m put in a room with another writer or artist, I’m so self-conscious I just can’t be myself.

So there’s no one you’re desperate to collaborate with then?
Erm… no! Doesn’t that sound awful?! I think, for me, it’s a philosophical and emotional response too. You know there’s a songwriting circuit of writers who have an existence based on providing material – it’s about commerce. To me, it takes away the reason why I write. I don’t write to be commercial, I write because I have to – it’s like breathing to me. I feel that when you shoehorn people together you’re sullying it somehow, and I can never get past that.

It doesn’t mean that some of the best songs ever written didn’t come about in those circumstances. There are plenty of songs I love and that are meaningful to me which came about in that way. Nashville is a whole industry set up on that idea, but I just can’t get past that feeling. I’d love to be a good co-songwriter, but I’m just not. I can’t do it.

You should take something from the criticism whether it’s good or bad...

You’ve been in the business for well over a decade now – what have you learned along the way?
I’ve learned to be self-sufficient. People portray it as a really cruel industry but I think I’ve had a good ride – I’ve been really lucky. I’ve made some lovely friends and people have only ever been nice. It’s a community. If you behave a certain way, you’ll get a certain behaviour back to you.

From my point of view, every fan counts. Every human who comes into contact with my work is important, even if they don’t like what I do. You should take something from the criticism whether it’s good or bad.

I got horrible reviews for my first album and it really upset me, but now they’re exactly what I would say about that record! I learned so much after the dust had settled and I could go back to read them.

There was a review of my last album, which was largely favourable, but it came up with a killer line of negativity, which I thought was right on the money. It was something about my need to embrace inner bravery to be able to properly realise my vision. It was negative but really useful, because you need to keep getting better. Sometimes artists get put in a bubble – either of their own making or the making of their management – and they don’t hear it. But I think it’s really important to listen to the feedback, otherwise you won’t improve.