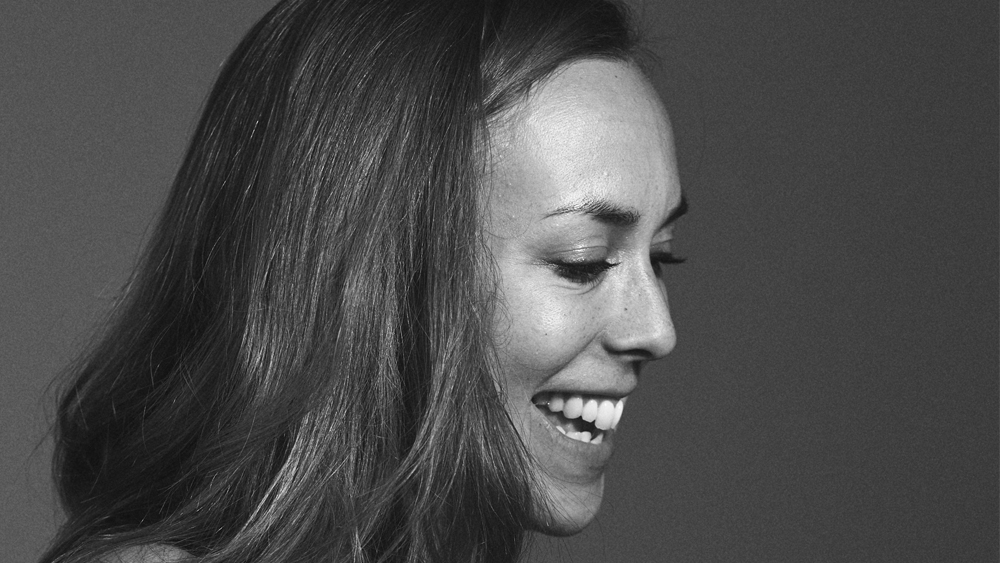 ‘I think musicians have immense power, one that’s too easily forgotten or beaten down. We have an opportunity to make people feel something.’ Says singer-songwriter Mara Simpson.

‘I think musicians have immense power, one that’s too easily forgotten or beaten down. We have an opportunity to make people feel something.’ Says singer-songwriter Mara Simpson.

She isn’t afraid to broach the big themes in her work, but it’s all played out with her characteristically light touch.

Mara’s youth was spent continent-hopping between Hertfordshire, Kenya and New Zealand, and the carefully balanced mix of folk, blues and Americana she makes now is informed by her classical training in composition, piano and guitar.

Currently based in Brighton, she has put out another arresting collection 285 Days Later, and although she has embraced subtle electronics this time around, her understated approach frames rather than hinders the quality of her finely-drawn, intimate songwriting.

The record was produced by Chris Boot and Ben Daniel, features string arrangements from her friend Poppy Ackroyd, and was supported by PRS Foundation’s Women Make Music initiative.

Here, we chat to Mara about her new record, collaborating with friends and much more…

What’s the thinking behind your new album, 285 Days?

This album is a collection of stories. Each track is about specific people and places, the music and lyrics having a very particular meaning to me but, at the same time, hopefully finding their own meanings with listeners. The songs draw on light and dark, on life and death, and the stories that help those things to make sense.

Chris Boot and Ben Daniel co-produced this album and most of the recording took place in Chris’ living room in Brighton. If you listen closely to the beginning of Baby You’re The One you’ll hear the rain on the road outside and the number 7 bus going past. It felt like we built this album piece by piece using sounds that we truly loved. There wasn’t any post production, each sound, be it amplifying the bass in a certain way, using a particular reverb or putting felt on piano strings, was committed to in that moment.

How was it collaborating with Poppy Ackroyd for the string arrangements on your new record?

Poppy is a good friend and it was a brilliant opportunity to work together. I loved the strings at the end of Don’t Know Much so much that I took the individual stems and reworked them with sound design to create the intro track to the album. Woven through Poppy’s lines you can hear the sound of the train station, waves crashing on the pebbles and one flap of a bird’s wing that Joe Acheson aka Hidden Orchestra kindly let me use!

What’s the meaning behind the record’s title?

The same morning I met with producers Chris and Ben to chat about our first recording session for this album, I’d just found out I was pregnant. 285 days later, the album was mixed and I gave birth to my daughter.

How would you say your sound has evolved since your first album, Our Good Sides?

A record is just that, a record of what you were saying at that time. I think this album and how I now play live is braver, simpler, and maybe a little weirder. The album was made using an RE20 mic and little Fender Vibrachamp amp because they had the sounds we loved, as well as lots of feeding layers back through a little tape delay machine and seeing what came out! In my live show I now play piano which I used to be terrified of. And this last year I’ve been experimenting with getting community choirs to sing choral arrangements at gigs, which has been an amazing experience!

The album was supported by PRS Foundation’s Women Make Music fund, what did that mean to you?

The grant I was awarded enabled me to perform live shows with my band around the album release, which was a huge support. Producing creative work often requires both emotional and financial vulnerability; having an organisation like PRS Foundation back the work I’m doing means a great deal.

{ ; } }
What’s your take on the position of women in music currently?

To be honest at this point in my life, as I’m raising a 1 year old, the hours in my day are spent on music and being a mum and I almost don’t have time to think too much about our position in the music industry. We’re far from where we deserve to be. Right now I’m just getting on with it and hoping that speaks for itself. Whatever my gender, I just want to be a better musician, write better songs, create work that can move and connect people. I want to be a strong and positive role model to my daughter. I think musicians have immense power, one that’s too easily forgotten or beaten down. We have an opportunity to make people feel something.

What advantages to you think your classical training gives you?

It’s helped a lot with the choir collaboration project I’ve been working on alongside this album. I wrote choral arrangements to some of my songs, which I then sent to local community choirs in places where I would be touring. The choirs then performed with me and my band on those songs! Being able to write the musical scores and send them to choir leaders in each location was really helpful but I definitely believe anyone can do anything if they want to, with or without any formal music training. It’s just about finding ways to communicate the idea that you have.

Who is you biggest musical influence?

That’s too hard to answer! Can I switch it to what music coming out of Brighton I’m excited about right now? Then I’d answer AK Patterson, Poppy Ackroyd and I haven’t heard Ellie Ford’s new album, but I know it’s going to be awesome.

I’m just about to go on tour to Germany, then working on remixes and some acoustic versions of songs from the album, all of which I’m really excited about! Then I’ll be working on material for the next album and developing the work that I’ve done so far with community choirs.

285 Days Later is out now on Rough Trade and Republic of Music.