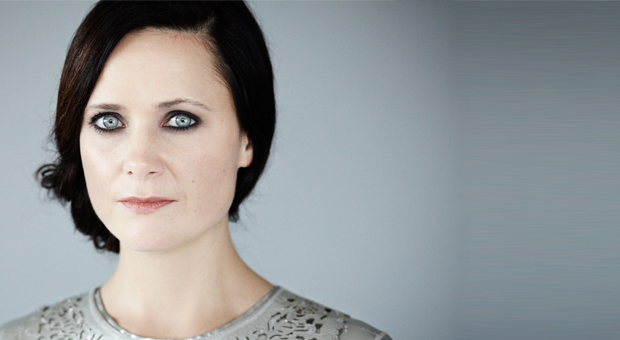 Few British singer songwriters have such a disregard for genre, musical style or form as Mara Carlyle.

Over the course of two albums and numerous collaborations, her music has veered effortlessly from choral music to club-friendly electronica, showcasing Mara’s innate sonic skills and love of experimentation.

Debut album The Lovely was released by Matthew Herbert’s Accidental imprint, following a musical hook up with Warp’s Plaid as an introduction to leftfield bleeps. She recorded her second album, Floreat, in cahoots with producer Dan Carey and is currently working on a follow up while presenting BBC Radio 3’s popular show Late Junction.

I had a musical family so didn’t have a choice. I grew up playing lots of styles meaning I was a little bit classically trained, I sang some folk music, had an indie punk band with my brother, sang in musicals. I literally did everything which I think is why my music sounds like such a mixture of stuff. But I never studied or focused on any particular genre. I’m a weird jack of all trades!

What made you want to start writing your own music?

I just grew up doing it. Then I got introduced to electronic music via my cousin Rob Mitchell, who sadly died about 13-14 years ago, but he started Warp Records. And he introduced me to this band Plaid, who were looking for vocal collaborators. At the time I’d never listened to electronica so it was a complete collision of different worlds. I loved it. It was through Plaid that I ended up meeting Matthew Herbert who put my first record out.

How do you begin writing a song?

I struggle with this question as I’m not a songwriter who has a formula. Every song I’ve written has been done in a different way. I like re-working songs - anything from Schubert to Lauryn Hill - taking them and turning them inside out, changing everything about them. Sometimes I’ll have an idea from that – or maybe a lyric – but there’s no method. It just normally comes straight out of my head.

I wouldn’t know any other way although I’m jealous of people who write on guitar or piano. It must be nice to have that foundation, but I’m so crap at playing instruments, it’s never going to be my starting point.

Do you have a studio set up?

You’d laugh if you saw my studio! I’m currently working from my eight year old laptop which is about to die, a really basic sound card and a mike I made my first record on. I don’t even have proper speakers as I work mainly on headphones. It’s the most lo-fi set up in the world - it’s really embarrassing!

You’ve made two LPs to date - did you have any aims with them when you set out?

Oh my god - I don’t know. I’ve never had that cycle of demoing, recording, gigging. With the first album I had no ambition to release a solo record - it was Matthew who heard my demos and told me he like to release them. I knew I wanted to write, perform and produce music but I’d never thought about it in this sort of way.

Have you thought about doing a third album?

I do and in the middle of writing it - but I’m not exactly prolific as a writer. It’s the third one in ten years. I’ve had a funny transition as I’ve started presenting on the radio in the last three years. That’s role has took over things - I’ve never presented anything before in my life and it’s a very steep learning curve.

The BBC Late Junction approached me after I’d done a few sessions for them over the years. My music fits their vibe as it’s such a weird, eclectic mix of genres. It’s such a privilege to present that show – it’s so well loved and it’s a really great group of people who listen to it.

Which artists are you really into at the moment?

Gazelle Twin is a solo artist and electronic producer and her latest record is amazing. The Quietus made it their album of the year last year. It’s brilliantly produced, clever and inventive. There are loads of women doing brilliant things and releasing amazing, debut records. Women who I’ve worked with and known such as Eska – her record came out recently and it’s impossible to believe it’s her debut. Apart from that, there’s Canadian trio called BADBADNOTGOOD - they’re in with that Odd Future crew and Earl Sweatshirt. They’re so young. It had a funny line on it saying ‘no one aged over 21 was involved in this.’

Paul White is a producer behind Golden Rules who have a record coming out on Lex. It sounds like Outkast. They got me into play my musical saw on this slow jam. It was a dream come true.

You also has a sync on a famous Ikea ad - how did that take place?

It’s the only time it’s ever happened and the person who wrote the script had always envisioned my music being used in it. A lot of creators use my music in things like this and it never gets through the edit as it’s deemed a bit too weird. The film is really beautiful too - I feel so lucky that my music is used in such a way. I had no problems with that too. It also enabled me to put my record out. Ten years ago it was considered to be a sell out having your music on ads but now it’s the holy grail, as it’s one of the main ways for people to make money.

What should your fans expect from your gig at the Serious festival?

I’m not entirely sure myself! I’ve been making new music and it doesn’t sound anything like my previous record. I’m not sure how it’ll be, but it’ll be lovely and I’ve got some incredible musicians playing.

Visit the Rich Mix website to find out more.