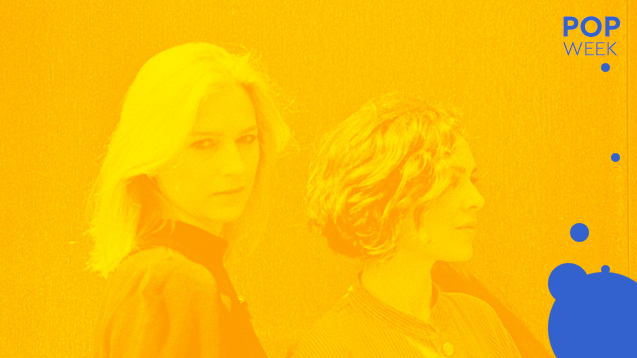 'This is our own voice, nobody has interfered with it': the switched-on synth-pop duo on making their debut LP and navigating the music industry for the first time...

With a love of everything from Detroit techno to Björk, they’re joining the dots between glacial electronics and switched-on synth-pop, with stunning results.

Cicely and Christina dropped their debut LP, Tear the Roots, on Friday (15 September), following up on the promise of previous singles and their substantial streaming success (over 35 million plays and counting).

Now signed to independent Lex Records, and with two placings in Hollywood movies Atomic Blonde and John Wick, their rise has been swift, impressive and completely autonomous.

Did you instantly click creatively, or was it a long process?

Christina: Yes we did, actually. What do you think, Cicely?

Cicely: I think we wrote stuff together really quickly…

Christina: It’s an overlap in taste, I guess.

Cicely: We think the same now.

Did you have a plan or a template for your sound when you were first starting out?

Christina: I think the core of it was there and then we just worked around it and refined it and got more confident in it.

What goes into your sound?

Cicely: We both like stuff that isn’t necessarily pop, but we both wanted to practice and get somewhere with songwriting as a form.

Christina: Sound-wise, I think we probably gravitate towards the darker electronic palate, with added organic stuff like voice and acoustic samples that Cicely uses.

Did you consciously try to meld the bits you love about minimal electronics and Detroit techno into your synth-pop sound or did it just come naturally?

Cicely: Probably a bit of both in a way, because we like that clean sound, and things shouldn’t be there just for the sake of it. Everything has to have a purpose, and if it doesn’t then it’s got to leave. For us, the most satisfying things in music are the most efficient.

Your sound is definitely streamlined…

Cicely: Everybody uses sequencers now, and you have every sound at your touch. Because of that, there’s a tendency to throw stuff in there that doesn’t need to be there. 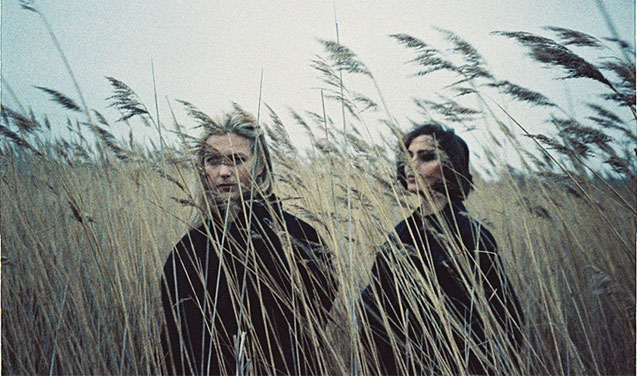 Cicely: Each case is different, don’t you think?

Christina: Yes. Sometimes it comes together really quickly, and sometimes we circle around tracks for months. Sometimes we’ll leave them for a while and then come back.

So will it be a lyric or a beat or a bit of synth that will trigger you off?

Christina: I would say it’s really different, depending on the day. Or will start with-

Cicely: Sometimes things are more literal than others.

What’s your relationship to the production process?

Cicely: There’s no secret to it apart from hard graft. There is just no other way. Lots of people feel worried about using the computer, but you’ve just got to practice, basically. There’s no other way about it.

I’ve spent my whole life looking at YouTube videos to teach myself how to do everything. It takes a hell of a lot of time. I’m probably quite slow, I’ve seen people a lot quicker, but you just have to keep working at it.

Christina: It’s been a pretty interesting process for us. It’s good because it helps you define what you really want and what your sound is. In the past, when we’ve worked with a mixer, we’ve had to stick to our guns sometimes and say, ‘No actually, that might be correct or technically and theoretically better, but we want it to sound like this’. There’s no right answer, I guess. Finding that out is a whole other process…

How important is it for you to have ownership of your sound from start to finish?

Christina: I guess we just don’t want to hand it over to someone and then it comes back not feeling genuine.

Cicely: We do have a really clear idea of what we want it to sound like, and 99 percent of the time, we both agree on what that is. I think it makes sense to cook it up at home, together. We work from my place.

Traditionally, a producer would facilitate and aid the recording process, but now it’s about creating the sound world that you live in. So if it’s not you who’s doing it, then it’s not a genuine, authentic expression of yourself.

Christina: The stages have merged, haven’t they? It’s all part of the same music-making process.

So what went into the making of your debut record?

Christina: God, Cicely had a baby, that was pretty big.

Cicely: Yes definitely. That was a huge turning point. I think we felt a little bit lost in what we were doing. I think we both were struggling with the direction of things…

Christina: This whole idea of industry, and wanting to have a stamp of arrival…

Cicely: Then I had a baby and I was like, ‘God, how are we even going to continue this?’ It was a really emotional period, a really gruelling period, but it was also a really creative period and helped us focus. It’s a female experience.

So how do you feel about the record now it’s out there in the world?

Christina: I think just some relief. It’s always so glacial how the release timeline progresses. I think we were both ready to get it out there and…

How have you navigated the industry and found your way through? What’s been your experience so far?

Cicely: It’s been quite challenging, to be honest. I think that’s been the hardest part about this whole process. The music is always difficult, but nowadays the industry doesn’t move in the way that you expect it to. It doesn’t react in the way you expect it to react. It’s like some other species.

Christina: There’s a lot of chicanery. It’s hard to find people you really trust and who are on it. It’s just a lot of trial and error, we’ve found.

Cicely: I think there’s an expectation as to how people should be, how they should look. People like things to fit in certain way because they want to know that it’s going to generate revenue.

There’s no point in saying bad things or complaining, it is what it is, but I feel like we’ve been thrown in the deep end a little bit… But we wanted to do it all ourselves, in our own way. This is our own voice, nobody has interfered with it... It’s not been affected by anyone else. This is just us. We wanted to not worry too much anymore about what the industry’s saying or not saying.

It seems to be quite a familiar story for new artists… the old rules don’t apply any more but what’s replaced them?

Cicely: Yes, I think the internet blew the industry apart and everybody is scrambling around, nobody really knows what they’re doing. It shifts quickly, and everybody has an opinion. The thing is, there’s no right way of doing it…

Christina Wood: Yes, and also there’s so much more volume now because there are so many more people putting music out. There’s a lot of noise and it’s confusing.

You’ve had a phenomenal amount of plays on the internet. People are obviously really connecting with your stuff, so I guess there is opportunity for you there…

Cicely: Yes, we wouldn’t exist or survive if it wasn’t for the internet: that is the reality. It’s been an incredible opening for us. The whole album-writing process has been finding the confidence just to do what we want to do and not worry too much about trying to fit in to what the industry expects from female artists, let’s say.